Wisconsin, Minnesota primaries to gauge strength of opposition to Trump 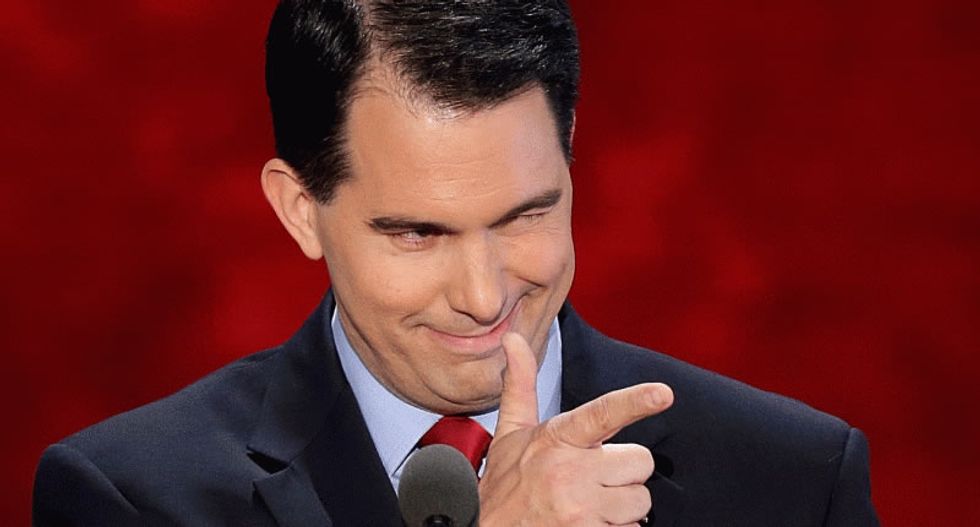 States such as Wisconsin helped drive Donald Trump’s surprising presidential win two years ago, and Tuesday’s primaries there and in neighboring Minnesota serve as a barometer of opposition strength headed into the November midterm elections.

Voters go to the polls in those states for party primaries, and Democrats will have a chance to show they can mobilize voters for November’s congressional elections and perhaps the 2020 presidential race as well.

Both states have shown signs of drifting rightward in recent years. Trump was the first Republican presidential candidate to win Wisconsin in 32 years, and he narrowly lost to Democrat Hillary Clinton in Minnesota.

Trump’s consistently low approval ratings and his trade policies, however, may have given Democrats renewed life.

Foreign tariffs on U.S. agricultural goods in retaliation for Trump’s policies have become a central issue in the region, while Trump’s feud with iconic Wisconsin motorcycle maker Harley-Davidson has placed Republicans there in an awkward position.

Wisconsin voters signaled their unrest by turning out in large numbers and electing Democrats in a series of special state elections earlier this year, including a pair of wins in districts that supported Trump by wide margins.

Democratic turnout has surged in congressional primary contests across the nation this year compared to the last midterm elections in 2014. Democrats need to add a net total of two Senate seats to seize control of that chamber from Republicans. In the House, Democrats need to win 23 seats to assume control.

To that end, Democrats hope the number of party voters who participate in Wisconsin primaries on Tuesday approaches the 1 million who voted in the primary in 2016, a presidential year, compared to 300,000 votes for the Democratic gubernatorial candidate in 2014.

Democrats would love to capture the suburban Milwaukee House district of Republican U.S. House of Representatives Speaker Paul Ryan, who is leaving office. Ryan supports former aide Bryan Steil to replace him, but Steil must fend off a primary challenge from avowed white supremacist Paul Nehlen.

Democrats will also choose a nominee to battle Wisconsin Governor Scott Walker, a former presidential candidate seeking a third term. That race will be another indicator of whether state voters have soured on Republican leadership.

Wisconsin Republicans will choose between Kevin Nicholson and Leah Vukmir to take on incumbent Democratic Senator Tammy Baldwin in November.

Vukmir has support from party establishment figures such as Walker and Ryan. Congressional analysts say Baldwin remains favored to keep her seat in November.

A bevy of Democrats are running in an open-seat race in the northeastern part of the state known as the Iron Range, which has seen some benefit from the administration’s steel and aluminum tariffs.

Trump has already campaigned in the district on behalf of the Republican favorite, Pete Stauber.

In the south, two Republicans, Jim Hagedorn and Carla Nelson, square off in a House district that Republicans hope to seize after the Democratic incumbent, Tim Walz, ran for governor. Farmers have complained about harm from retaliatory tariffs from China and other countries.

Beyond the upper Midwest, Connecticut and Vermont also hold primaries on Tuesday. In Vermont, Christine Hallquist would become the first openly transgender person to win a major U.S. party nomination if she wins the Democratic governor’s primary.