As more women run for office, US state legislatures are poised to change 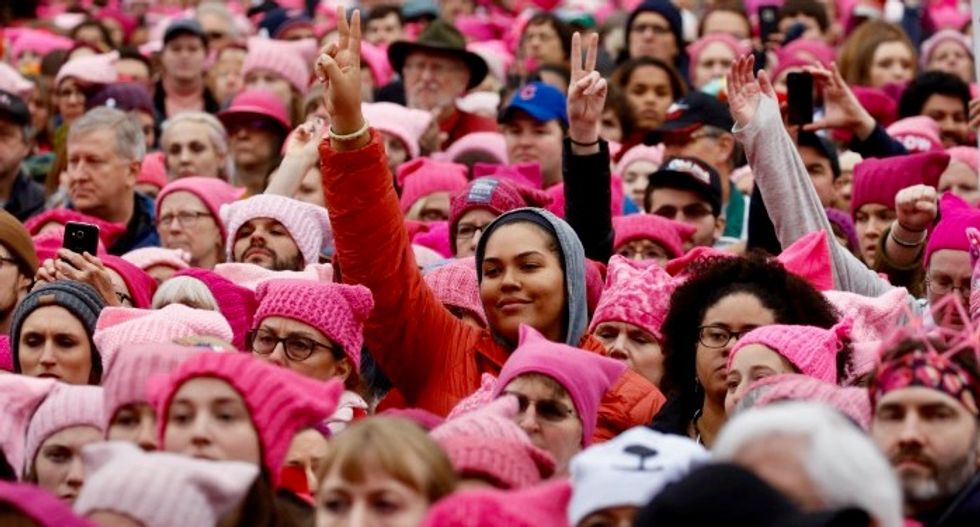 As women line up to run for U.S. political office at historic rates, state legislatures - where some of America’s most critical policy decisions get made - could see a slew of new female lawmakers after November’s vote, according to a Reuters analysis of election data.

In Michigan, for example, a state that proved pivotal in electing President Donald Trump in 2016, only 23 percent of state lawmakers are women. But this year, a woman will appear on the Michigan ballot for governor, attorney general, secretary of state and in 63 percent of the state’s Senate seats and 71 percent of its House seats.

Nationally, if women candidates are as successful as they have been for the past two decades - their historic rate of victory is about 60 percent - the number of women in state legislatures could reach an all-time high of about 40 percent, according to an analysis by Reuters of state ballots and historic campaigns.

More women in office could lead to policy changes in areas that women traditionally feel strongly about and generate a new pipeline of candidates for future higher offices, political observers, candidates and fundraising organizations predicted.

The large influx of women seeking public office this year could produce the largest increase of women state lawmakers. If women candidates win this year at their historic rate of 60 percent, they could account for about 38 percent of state lawmakers.

In the 1990s, the last time the number of women in office saw a large increase, that led in many cases to eased abortion restrictions, expanded health care access and increased bipartisan compromise.

This year, women have already broken the record for major party nominees in governor's races and, with every primary completed, the number of women candidates for state legislatures is reaching new highs, according to totals tracked by the Center for American Women and Politics at Rutgers University www.cawp.rutgers.edu.

Some think the numbers of women winning their races could be even higher than historical records predict.

“In past years, a lot of political consultants, members of the media have looked at being a woman as a potential disadvantage, something you had to overcome,” said Delaney Skinner, a Democratic strategist working with women congressional candidates.

But she and others believe outrage over Trump’s often offensive comments about women will motivate voters. “It’s a real advantage to running as a woman this year,” she said.

Gretchen Driskell, a Democratic member of the Michigan legislature who is now running for Congress, said she has seen evidence in her time in the legislature that women govern differently.

“Women were far more interested in solving problems that we talked about instead of presenting problems as win versus lose,” Driskell said.

Because women candidates for state legislature seats skew toward the Democratic party, Democrats may have a slightly better chance of challenging Republican control of statehouses. If so, Democrats could also take away Republican management of the redistricting process that most states will undertake in 2021 after the nationwide census.

And more women candidates in this election cycle could have a long-term impact.

State legislatures are the pool from which national candidates are generally drawn. With only 20 percent of the U.S. House seats held by women and 23 percent of Senate seats, a surge on the state level strongly foretells a radical change in the make-up of Congress in years to come.

At a recent training session in northern Virginia, most of the roughly 50 women who spent the day in a hotel conference room were trying to begin campaigns to run for county or city offices – which Emily’s List officials say was evidence that the pipeline will be full of women for decades to come.

By Julia Payne and Jonathan Saul

LONDON (Reuters) - The market for old oil tankers is booming, and it's all down to efforts by Western nations to curb trade in Russian crude.