ACLU wades into battle over wearing yoga pants at school 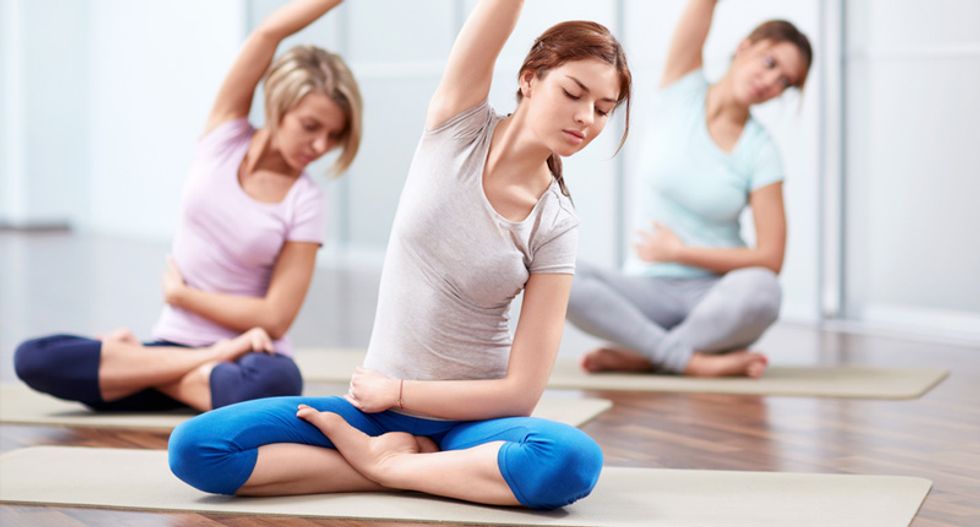 Yoga pants and leggings have become a staple in the wardrobes of many Americans -- but one US school district is under fire for allegedly punishing young girls who wear them to class.

Public schools in the Wisconsin lakeside city of Kenosha were defending themselves Tuesday against accusations of discriminating against female students who have embraced the "athleisure" style of wearing clothes designed for the gym in other casual settings.

In March, the district rescinded a ban on yoga pants, leggings and tank tops amid outcry that the rules disproportionately targeted girls.

But according to the Wisconsin branch of the American Civil Liberties Union -- a top US rights group -- the overturned ban is still being "selectively" enforced.

In one case, a girl was sent home from summer school twice over her attire, according to local media.

"The ACLU received reports that the dress code was still selectively enforced against female students in a manner that reinforced discriminatory sex stereotypes," the organization said in a statement, saying that unclear guidelines were threatening students' rights.

On Monday, the civil liberties group sent a list of recommendations to the district to "ensure students are protected from discrimination, harassment and degrading treatment."

"Without these changes, female students will continue to disproportionately miss out on classroom time because of minor dress code infractions," the ACLU's Emma Roth said.

The school district disputed the ACLU's account, saying its rollout of the new policy had gone "very well."

"We have taken reasonable steps in order to ensure that the student dress code policy is fair on its face and in its enforcement," the district told a local television station.