Barriers for transgender voters ahead of the 2018 midterm elections 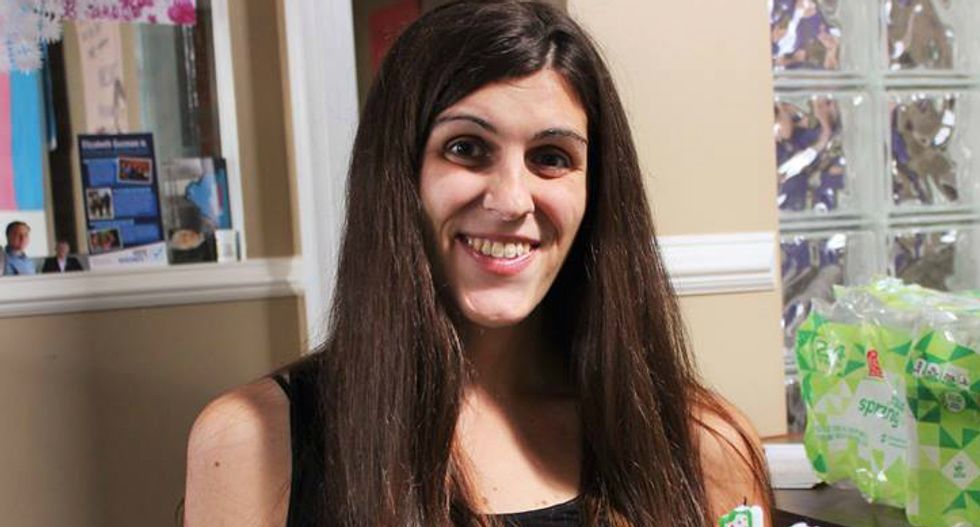 Recently, there have been a number of historic firsts for transgender political candidates.

While these accomplishments are a significant sign of change in American politics, transgender people still face challenges in the political arena. One of these challenges is access to ID cards, like a driver’s license or passport, with a correctly updated gender marker (i.e. “M,” “F,” and in some states, “X”), instead of the gender marker that was assigned at birth.

A 2018 report from the Williams Institute of the UCLA School of Law examines the impact of strict voter ID laws in the upcoming midterm elections. Their analysis reveals that such laws could disenfranchise up to 78,000 transgender people in eight states alone.

To add to this concern, accusations of voter disenfranchisement have already emerged in some high profile races, like Georgia’s gubernatorial election. As such, the crucial question of who is able to cast a ballot looms over this already heated midterm election cycle.

As a scholar of LGBTQ+ political issues, I’ve explained two broad ways that transgender voting rights may be undermined ahead of the 2018 midterms.

Data show that people in the trans community have high levels of civic engagement. According to the National Center for Transgender Equality’s annual “U.S. Transgender Survey,” over 75 percent of their 27,715 respondents were registered to vote in 2014. Of these, nearly 55 percent voted in the last midterm election.

In comparison, 65 percent of Americans reported they were registered to vote in the 2014 midterm election. According to PBS, only about 33 percent of the general population actually voted.

Yet, for many transgender Americans, the threat of discrimination can create a fear of voting and, in some instances, even registering to vote. This discrimination often takes the form of misgendering (using the wrong pronouns for someone) and deadnaming (using someone’s previous and incorrect name).

Finally, some people – less than 1 percent of non-voters who were registered – actually reported that they were not allowed to vote, because of their gender identity. These individuals were turned away for one reason or another. Such occurrences could stem from a concern of “voter fraud,” because the picture or gender marker on their ID may no longer be accurate.

The trans community face a number of pervasive barriers to obtaining correctly gendered IDs, as shown by the National Center for Transgender Equality’s robust national survey.

For survey respondents who weren’t registered to vote, some reported not having an ID. Others had IDs and social security cards with non-matching names. A small number also thought the state’s voter ID law would stop them from voting. Overall, a total of about 5 percent of respondents didn’t register to vote, because of some issue regarding their identification.

For those who were registered but still didn’t vote, some people had IDs that didn’t match their current name or gender. Others had either a name or gender on their ID that didn’t match their voter registration forms. Finally, some people simply didn’t have the ID card they needed. As such, 5 percent of registered voters didn’t vote, because of these ongoing issues with their identification.

ID laws for transgender people vary by state, and they often involve numerous hurdles. This ranges from restrictions in state law to bureaucratic obstacles involving complex layers of medical, state or federal paperwork. An analysis by the Transgender Law Center shows that fewer than 10 states have laws that allow people to change their gender markers without cumbersome amounts of paperwork and documentation.

For instance, Georgia requires people to submit paperwork detailing specific medical procedures, before they can apply for a correctly gendered ID. In addition to being highly intrusive, this policy is problematic, because each transition is unique and may not include surgical procedures or hormone replacement therapy.

Even when correctly gendered ID cards are available, acquiring one can be too costly. For states that require proof of certain medical procedures, the actual cost of a correctly gendered ID is far more than just a one-time fee. In reality, it encompasses doctor’s visits, prescriptions, and possibly medical procedures. Additionally, access to trans inclusive and competent health care is nonexistent for many, so this may not even be a viable option.

Furthermore, the poverty rate in the trans community is more than twice that of the general adult population, making access simply impossible for many trans people. This cycle of poverty in the trans community can be difficult to escape, as other societal factors like workplace discrimination and harassment impact many in the community.

Why this issue matters

Some of the statistics mentioned above might appear small at first glance. However, it’s important to remember that this large, national survey highlights issues that many in the trans community know too well – that voting while trans can be difficult.

Additionally, the data from the National Center for Transgender Equality and the Williams Institute demonstrate just how pervasive this problem actually is. This is especially true, when we consider that there are an estimated 1.4 million transgender people across the country.

To put this into context, the Williams Institute estimates that Georgia alone could disenfranchise about 20,000 transgender voters this November. This alarming estimate is the result of the state’s strict voter ID laws and restrictive policies regarding correctly gendered IDs.

Finally, issues of access to correctly gendered IDs are getting even more attention of late. Just last week, the Department of State created a panic relating to passports for transgender people, and this was preceded by reports that some transgender women were having passports retroactively revoked earlier this summer.

For the trans community to overcome this and other issues, they need more fair and equitable access to the both accurate ID cards and, thus, the polls.