Beto O'Rourke committed to serving out his six-year Senate term if elected. Ted Cruz? Not so much. 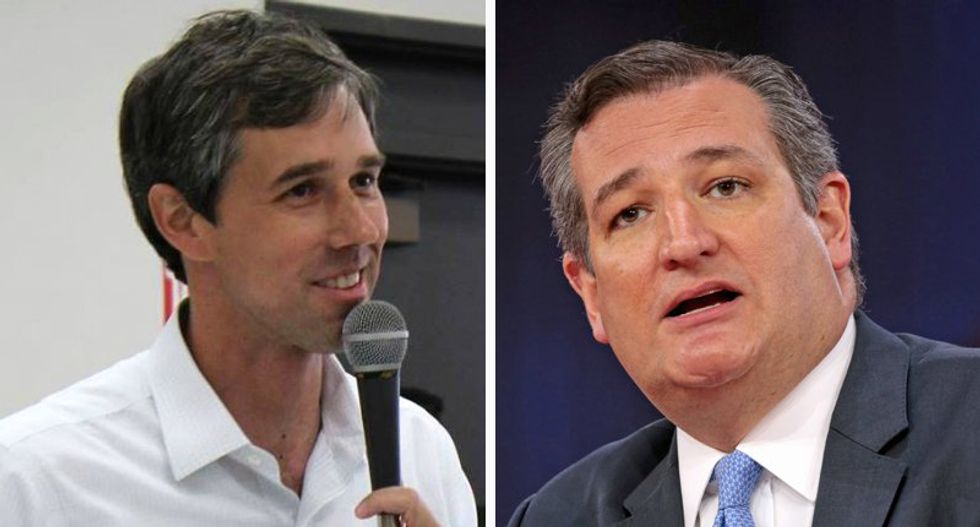 In an interview with The Texas Tribune this month, the El Paso Democrat hoping to unseat U.S. Sen. Ted Cruz committed to serving out the full six-year term in the Senate if elected, pushing down buzz that he might make a run at the White House in 2020.

Cruz did not quite say the same.

Asked in a Sept. 11 interview with the Tribune whether he might run for president in 2020, Cruz said "I am focused on the United States Senate."

"Can you commit to serving out your term?" the Tribune's Alana Rocha asked.

In response, Cruz began: "You know, as we stand here today, the Texas Board of Education is getting ready to vote on a proposal, a recommendation they received, to delete the word 'heroic' from the description of the defenders of the Alamo."

His reply, which went on for two minutes but did not answer the question, concluded with, "We should be standing up for who we are as Texans and Americans."

"I will commit to serving every single day of my full six-year term for the people of Texas," O'Rourke said.

Given Cruz's history as a top finisher in the 2016 Republican presidential primary, and the national attention O'Rourke's campaign has drawn, there has been speculation that either could seek the presidency in 2020.

In previous remarks, Cruz has kept the door open to running for president again while emphasizing that his current focus is on his re-election campaign. O'Rourke has said he does not want to run for president in 2020.