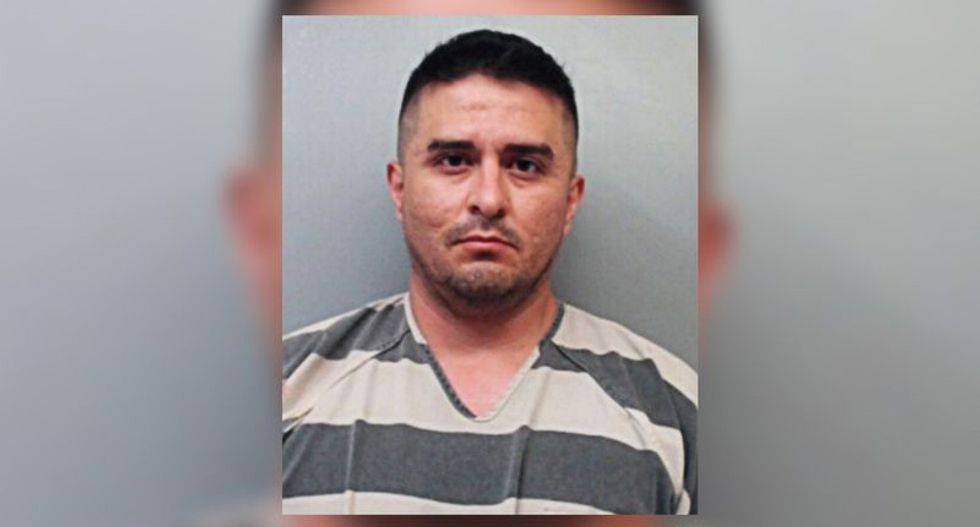 Juan David Ortiz, 35, was arrested early Saturday after the woman escaped from his vehicle, encountered Department of Public Safety troopers and told them Ortiz had brandished a weapon.

During a press conference on Monday, Webb County Sheriff's Department Chief Deputy Federico Garza said as soon as Ortiz was spotted by the troopers, he went home and prepared for what he expected would be a shoot-out with law enforcement.

“At that time he had numerous, numerous weapons and he was loading up all this weapons thinking that DPS was going to confront him," Garza said. "He was looking at a confrontation. Thank God that didn’t happen.”

Instead, Ortiz fled to a hotel parking lot and tried to commit “suicide by cop," Garza said.

“He tried to use his phone to make it look like it was weapon, [but] he was apprehended without incident,” Garza said.

Ortiz is accused of going on a killing spree that began Sept. 3, when he allegedly shot Melissa Ramirez, 29, in the back of the head after pulling over over on a rural stretch of road. Court documents say Ortiz then shot Claudine Loera, 42, who was found on Sept. 13, followed by Humberto Ortiz, who Isidro “Chilo” Alaniz, the district attorney for Webb and Zapata counties, said was a transgender woman. Humberto Ortiz's body was found on Sept. 15. The fourth victim's identity has not been released pending notification of the next of kin.

Authorities have charged Ortiz with four counts of murder and one count of aggravated kidnapping. He is being held on a $2.5 million bond.

Authorities said the victims were sex workers and Ortiz preyed upon them because he knew they were "vulnerable and defenseless." Garza said Ortiz told authorities after his arrest that he disliked "the community they represented."

“Whatever anger he had inside of him, we don’t know yet,” he said.

Customs and Border Protection officials said there was nothing in Ortiz’s background that would have raised a red flag for the agency when he was hired in 2009.

Alaniz said his office will decide over the next few months whether to charge Ortiz with capital murder and seek the death penalty.

“It’s still an ongoing investigation and we’ll do a historical research on everywhere that he has been and see if we have a pattern of victims,” Garza said.

BY JULIÁN AGUILAR, THE TEXAS TRIBUNE