Calls to US sex assault hotline surge after Senate hearing 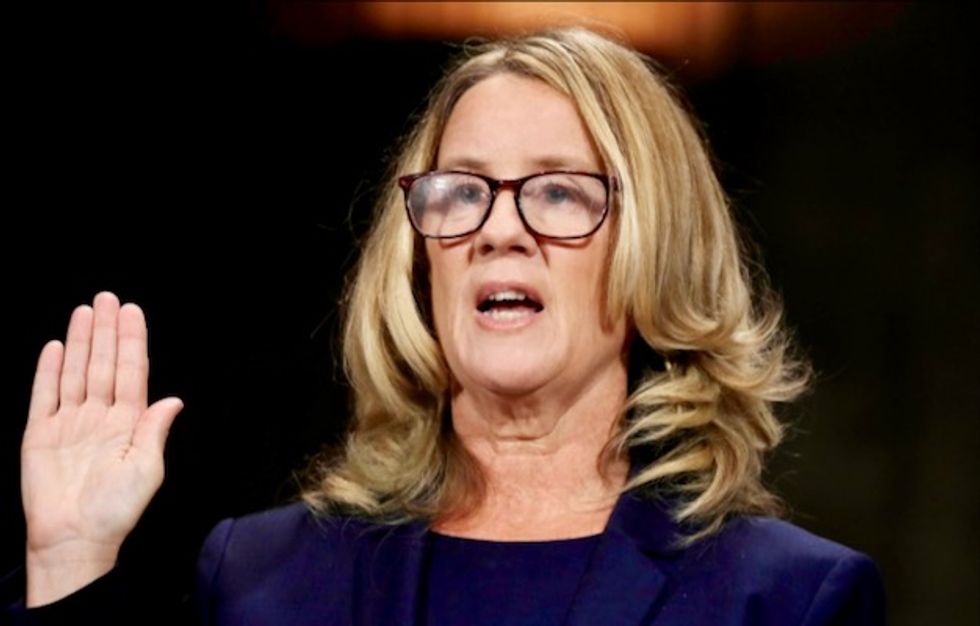 The Rape, Abuse & Incest National Network (RAINN) said there was a 201 percent increase in calls to the National Sexual Assault Hotline on Thursday, when Blasey Ford appeared before the Senate Judiciary Committee.

"We often see an uptick when sexual assault is in the news," RAINN said.

"Since Dr Ford has come forward with her allegations, we have seen a 45.6 percent uptick (in calls) compared to the same time period in 2017," the organization said.

In the run-up to her televised testimony, the number spiked even more.

"Hearing about sexual violence in the media and online can be very difficult for survivors and their loved ones," the group added in a tweet. "Remember to take care of yourself during these times."

During her emotional testimony, Blasey Ford said she believed she was going to be raped during the alleged assault by Kavanaugh at a party 36 years ago.

She said she managed to escape when another boy who was in the room jumped on the bed where she was allegedly being held down and groped by Kavanaugh.

Kavanaugh vehemently denied the allegations and the Senate Judiciary Committee appeared set on Friday to recommend his nomination to the nation's highest court, sending it to the full Senate for a vote.

Sexual assault hotlines have experienced similar surges in calls in the past during other high-profile events such as the revelations of sexual abuse by Hollywood producer Harvey Weinstein, which helped launch the #MeToo movement.