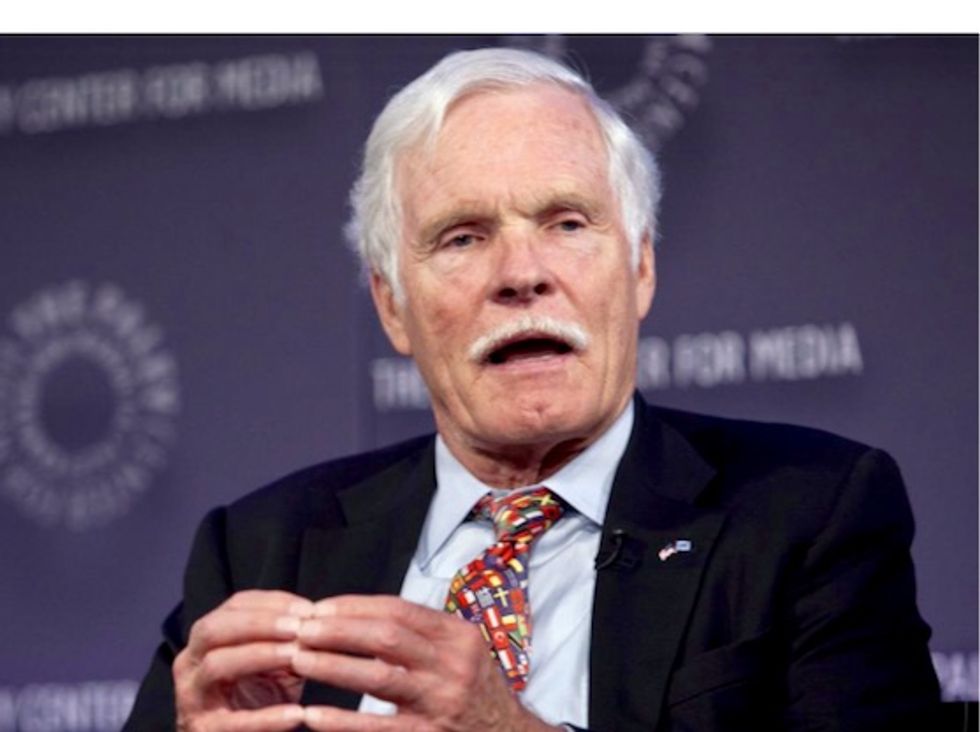 FILE PHOTO: Ted Turner, founder of CNN, speaks on a panel after the screening of "Cold War", a documentary chronicling the events that fuelled the war between the United States and the Soviet Union, at the Paley Center for Media in New York April 29, 2012. REUTERS/Allison Joyce/File Photo

Ted Turner, the billionaire founder of cable news channel CNN, says he is suffering from a form of dementia that leaves him exhausted and forgetful.

Turner, 79, told CBS television in an interview that he had been diagnosed with Lewy body dementia, a progressive brain disorder.

“It’s a mild case of what people have as Alzheimer’s. It’s similar to that. But not nearly as bad. Alzheimer’s is fatal,” Turner told journalist Ted Koppel in an interview to be broadcast on “CBS Sunday Morning.”

CBS on Friday released advance excerpts of the interview, which was conducted at Turner’s ranch in Montana earlier this year. Turner’s office confirmed the diagnosis to Reuters.

“Thank goodness I don’t have that. But, I also have got, let’s - the one that’s - I can’t remember the name of it,” Turner said.

“Dementia. I can’t remember what my disease is,” he added.

Asked what his symptoms are, Turner told Koppel, “Tired. Exhausted. That’s the main symptoms, and forgetfulness.”

Turner, also a noted philanthropist, founded CNN in 1980 as the first 24 hour all-news cable network. He went on to become vice chairman of media conglomerate Time Warner but quit in 2003 and is no longer involved in running the company.

Lewy body dementia affects an estimated 1.4 million Americans and symptoms can include problems with memory and changes in behavior, according to the Lewy Body Dementia Association.

An autopsy on comedian Robin Williams, who died by suicide in 2014, found that he had the disorder.