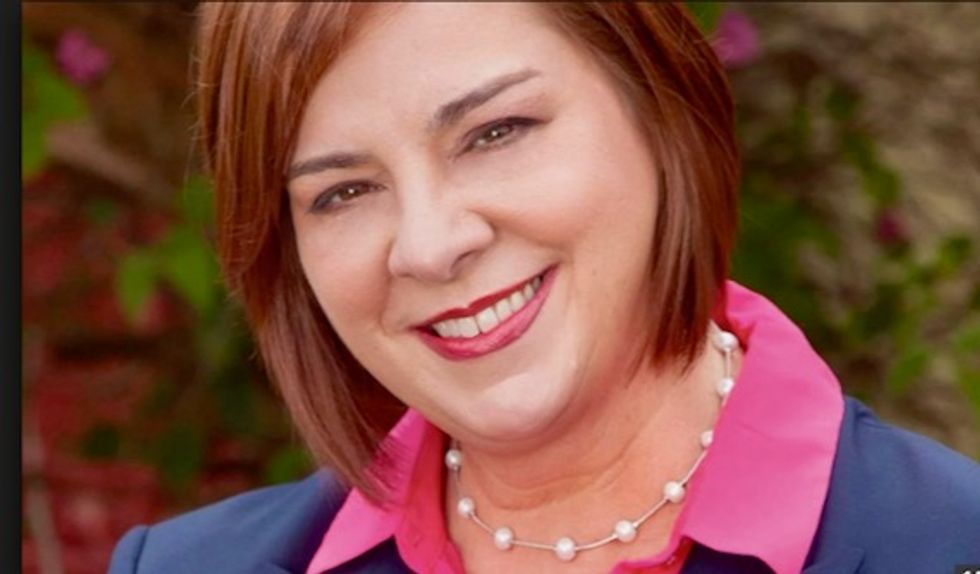 A Florida Democrat running for the U.S. House of Representatives in a heavily Republican district has died a little more than six weeks before the November elections, the state’s Democratic Party said on Monday.

April Freeman, 54, who worked as a writer and producer in the film industry, died of an apparent heart attack, local media quoted her husband as saying.

She had been due to face Republican state Senator Greg Steube in the Nov. 6 elections to succeed Tom Rooney, a Republican who decided not to seek a sixth term in Congress. State law allows party officials five days to convene a meeting to name a replacement candidate.

Political analysts view the central Florida district as solidly Republican, meaning it is unlikely to be a factor in Democrats’ attempt to win the 23 House seats they need to take a majority in that chamber and act as a check on Republican President Donald Trump’s agenda.

“We are incredibly saddened by the sudden death of April Freeman,” Florida Democratic Chair Terrie Rizzo said in a statement on Monday. “Just last night she was in the office, making calls and working to get out the vote.”

The cause of death appeared to be a heart attack, although that was not certain, the Herald-Tribune newspaper of Sarasota quoted Freeman’s husband, David Freeman, as saying.

April Freeman’s political campaign had focused on promoting equal pay for women and protecting the environment.

She also wrote a children’s book and was working on a self-help book as well as a political guide for women, according to her campaign website.

She won a nominating contest earlier this year to secure a place on the ballot in November. Freeman previously ran unsuccessfully for the seat.

Reporting by Ginger Gibson in Washington; Editing by Scott Malone and Peter Cooney