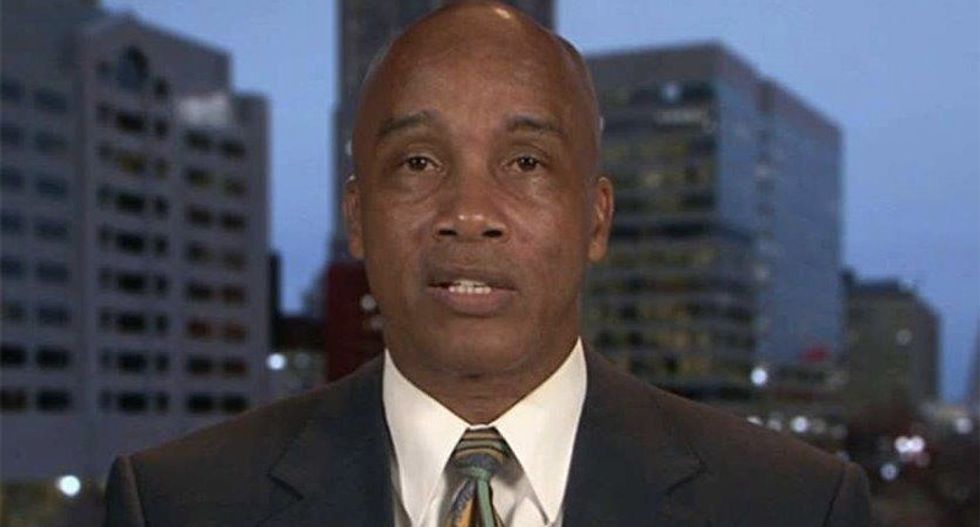 UPDATE: A statement from Fox News sent to Raw Story reads "Kevin Jackson has been terminated as a contributor. His comments on today’s hearings were reprehensible and do not reflect the values of FOX News."

While the Senate Judicial Committee hearing with Dr. Christine Blasey, one Fox News pundit implied that the sexual assault survivor was a slut.

The questioning progressed, but Fox News contributor Kevin Jackson tweeted out that Dr. Ford was "lying skanks," and called all "leftist" women "skanky.

Another tweet implied that students having problems in schools are likely the result of promiscuity, which he wrote in all capital letters.

“Dang girl, stop opening your legs and OPEN A BOOK!” he tweeted.

Jackson also honed in on the fact that Dr. Ford said that she hosts students interning at Google. Dr. Ford teaches at Stanford, located about 15 minutes from the Google campus. Jackson implied that Dr. Ford was probably having her own sex parties with students.

He also claimed that the Stanford professor actually only had a BE degree, which he called a "BOVINE EXCREMENT degree."

The only degree #ChristineBlaseyFord has that matter is her BE degree And it's not a Bachelors of Science, but a B… https://t.co/QVGDQ8yrVQ
— Kevin Jackson (@Kevin Jackson) 1538060215.0

He ultimately called her a "coward" and attacked Democrats for thanking her for her courage.

The tweets have since been deleted, but you can see screen captures of them below via Mediaite: 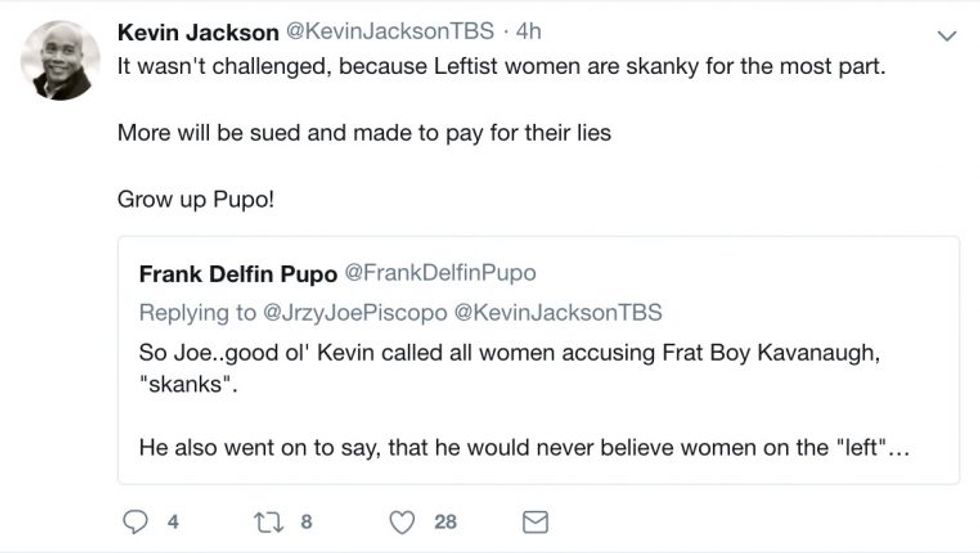 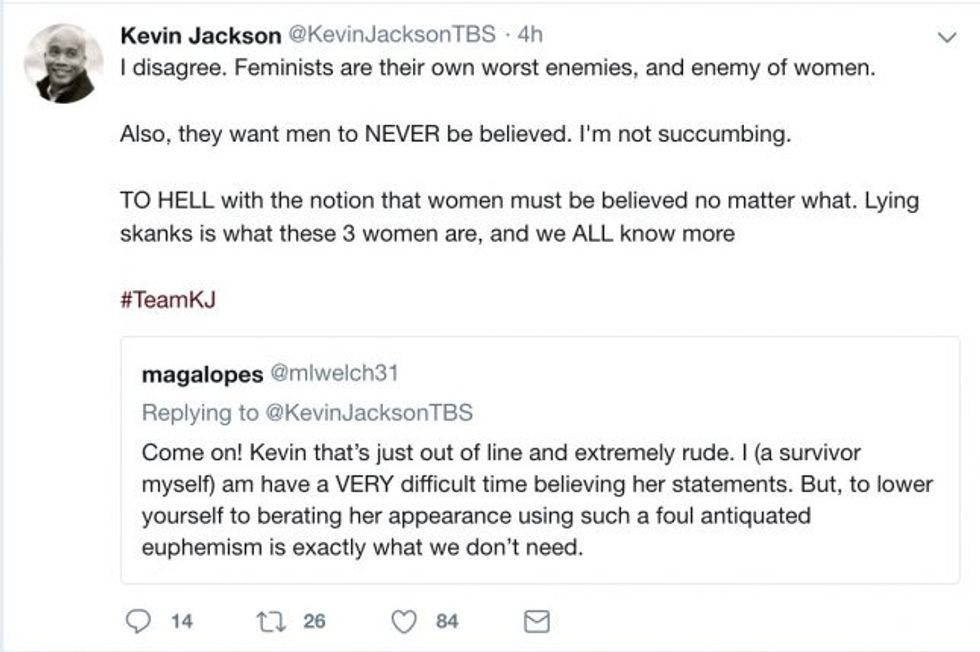