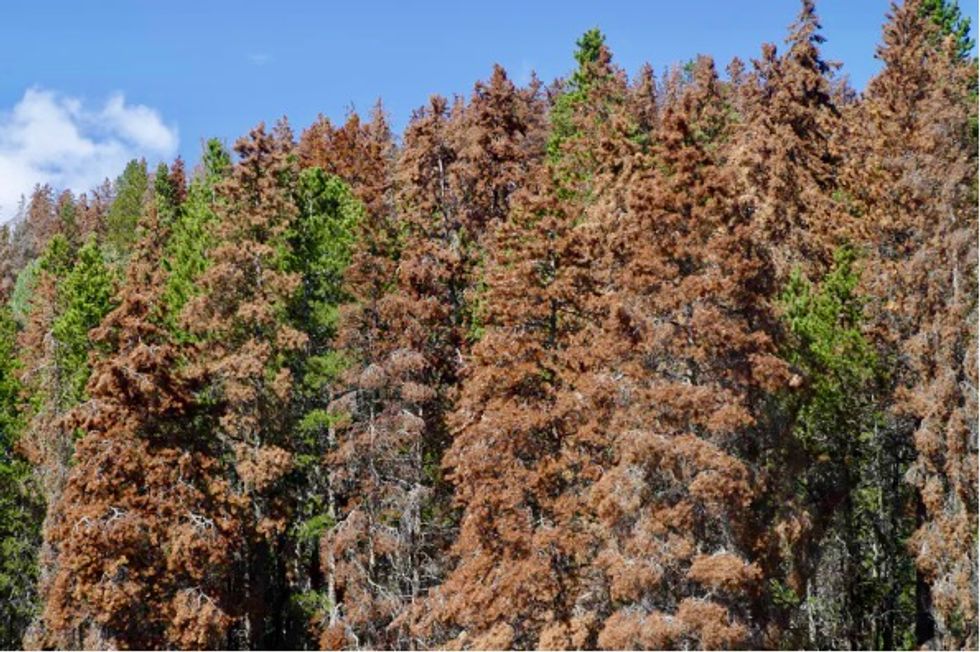 Human-caused climate change is disrupting ecosystems and people’s lives around the world. It is melting glaciers, increasing wildfires, and shifting vegetation across vast landscapes. These impacts have reached national parks around the world and in the United States. Until now, however, no analysis had examined climate change trends across all 417 U.S. national parks.

The United States established the first national park in the world, Yellowstone National Park, in 1872. U.S. national parks today protect some of the most irreplaceable natural areas and cultural sites in the world. Colleagues and I aimed to uncover the magnitude of human-caused climate change on these special places. We conducted the first spatial analysis of historical and projected temperature and precipitation trends across all U.S. national parks and compared them with national trends.

Our newly published results reveal that climate change has exposed the national parks to conditions hotter and drier than the country as a whole. This occurs because extensive parts of the parks are in extreme environments – the Arctic, high mountains, and the arid southwestern United States. 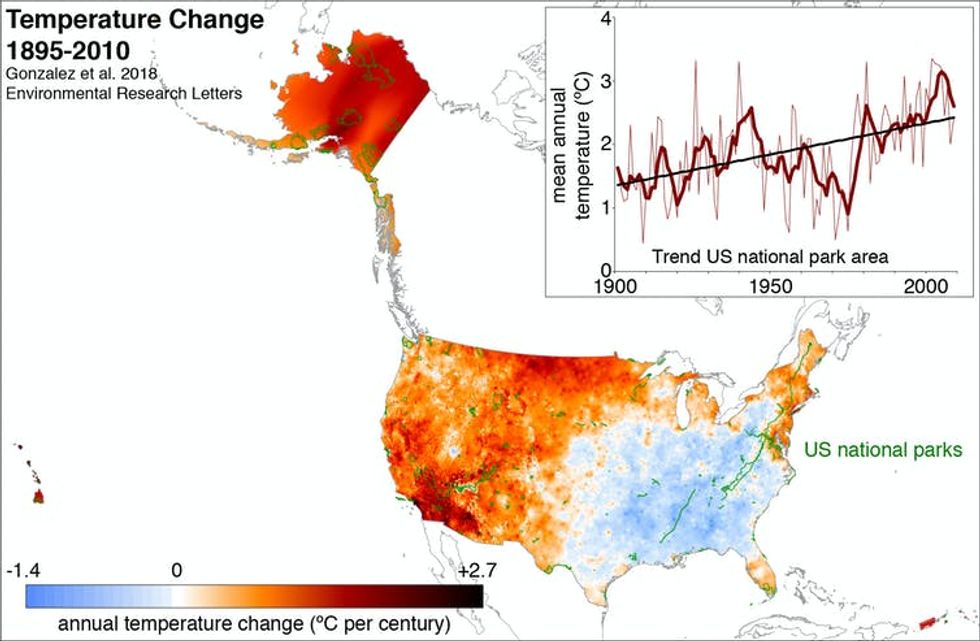 Many national parks are located in regions with the fastest rates of warming in the United States.

National parks conserve the most intact natural places in the country. They harbor endangered plants and animals and unique ecosystems. They also help assure human well-being by protecting watersheds that provide drinking water to people and by storing carbon, which naturally reduces climate change.

Our analysis of climate trends starting in 1895 showed that temperatures increased most in Denali National Preserve, Alaska, and rainfall declined most in Honouliuli National Monument, Hawaii. Hotter temperatures from human-caused climate change have intensified droughts caused by low precipitation in California and the southwestern United States. 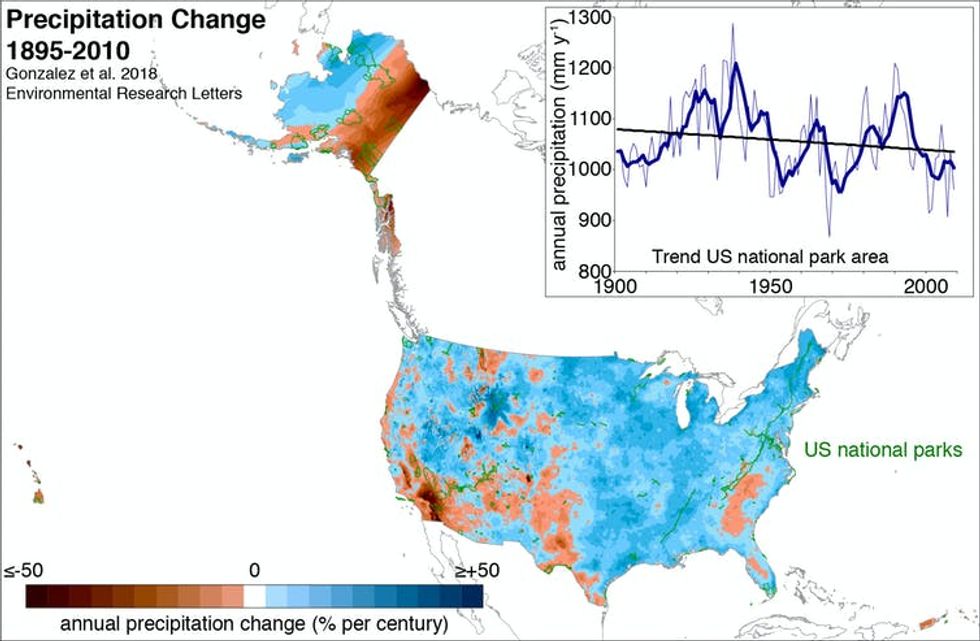 Many national parks in the southwestern U.S. have experienced intense drought.

To quantify potential future changes, we analyzed all available climate model projections from the Intergovernmental Panel on Climate Change. Continued greenhouse gas emissions under the highest emissions scenario could increase U.S. temperatures in the 21st century six times faster than occurred in the 20th century.

This could increase temperatures in national parks up to 9 degrees Celsius by 2100, with the most extreme increases in Alaska, and reduce precipitation by as much as 28 percent, in the national parks of the U.S. Virgin Islands. Heating could outpace the ability of many plant and animal species to move and stay in suitable climate spaces. 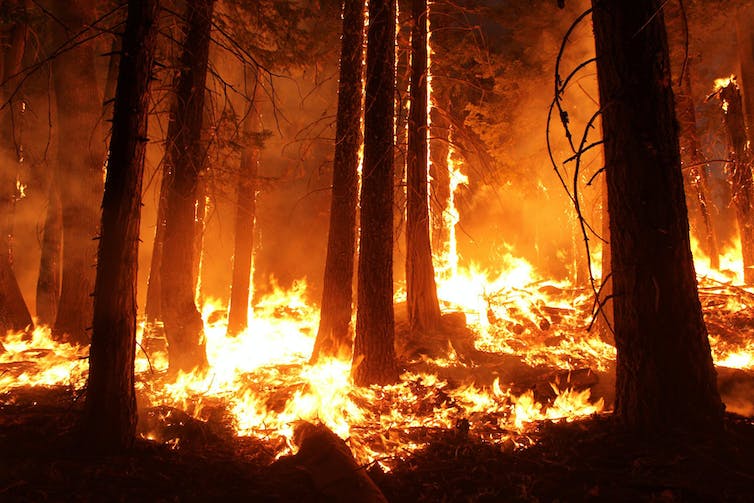 Our research provides climate data to analyze vulnerabilities of plants, animals and ecosystems. The data can also help park managers develop adaptation measures for fire management, invasive species control and other ways to protect parks in the future.

For example, based on analyses of the vulnerability of ecosystems to increased wildfire under climate change, parks can target prescribed burning and wildland fire in the short term to reduce the unnatural buildup of fuels that can cause catastrophic wildfires in the long term. 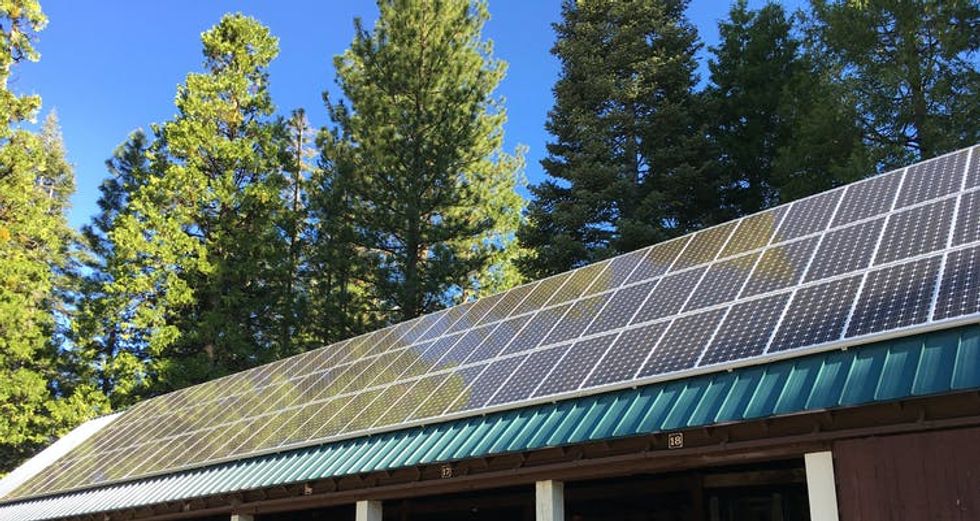 A solar panel on the roof of a building in Lassen Volcanic National Park, Calif., reduces greenhouse gas emissions and electricity costs for the park.

Ultimately, our results indicate that reducing greenhouse gas emissions from cars, power plants and other human sources can save parks from the most extreme heat. Compared to the highest emissions scenario, reduced emissions would lower the rate of temperature increase in the national parks by one-half to two-thirds by 2100.