LISTEN: GOP congressman says kids with gay parents would be better off in orphanages in rant to high school students 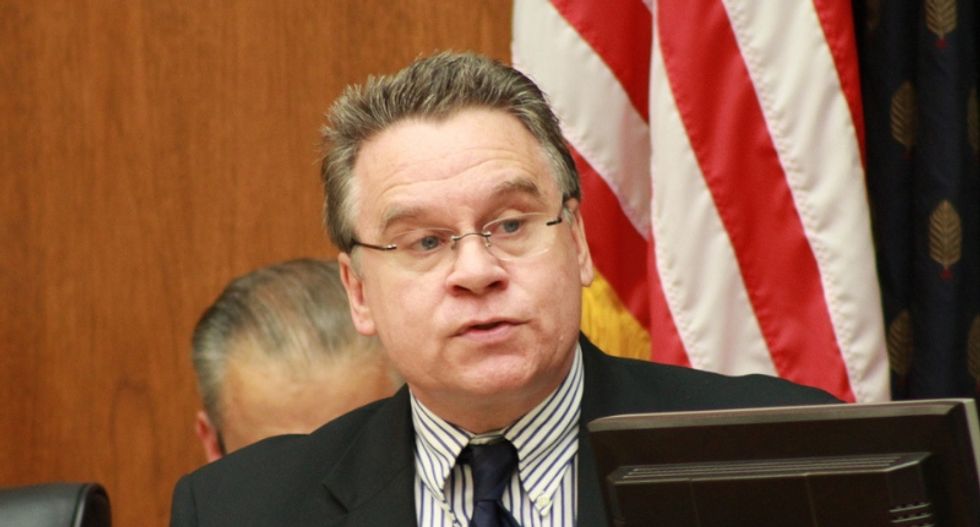 In audio obtained from a speech at a high school, a GOP congressman said orphanages would be preferable to gay adoption.

The Los Angeles Blade reported that Rep. Chris Smith (R-NJ) made the comments during a speech at Colts Neck High School in Colts Neck, New Jersey on May 29.

The recording obtained by the Blade begins with Colts Neck senior Hannah Valdes telling Smith that her gay sister may want to adopt in the future. She then asked the congressman if her sister would be "less of a legitimate parent" based on "household studies."

"The issue, legally, is moot at this point especially with the Supreme Court decision," Smith said, but Valdes pressed on, asking the congressman about his personal beliefs on gay adoption.

"There are many others who would like to adopt who can acquire a child," the lawmaker responded, noting that "the waiting periods are extremely long.”

Another student asked Smith what makes "others" better-suited to raising children.

"In my opinion a child needs every possibility of —" the Republican said, cutting himself off.

“Somebody mentioned orphanages before,” he continued. “I mean, orphanages are still a possibility for some kids.”

Valdes told the Blade that earlier in assembly, "another student asked about one of Smith’s votes in 1999 in favor of an amendment that would have banned adoption by gay parents in D.C."

That student asked the congressman if he would still vote that way or if his opinion had changed — and Smith said he still holds that belief.

You can listen to part of the exchange below: