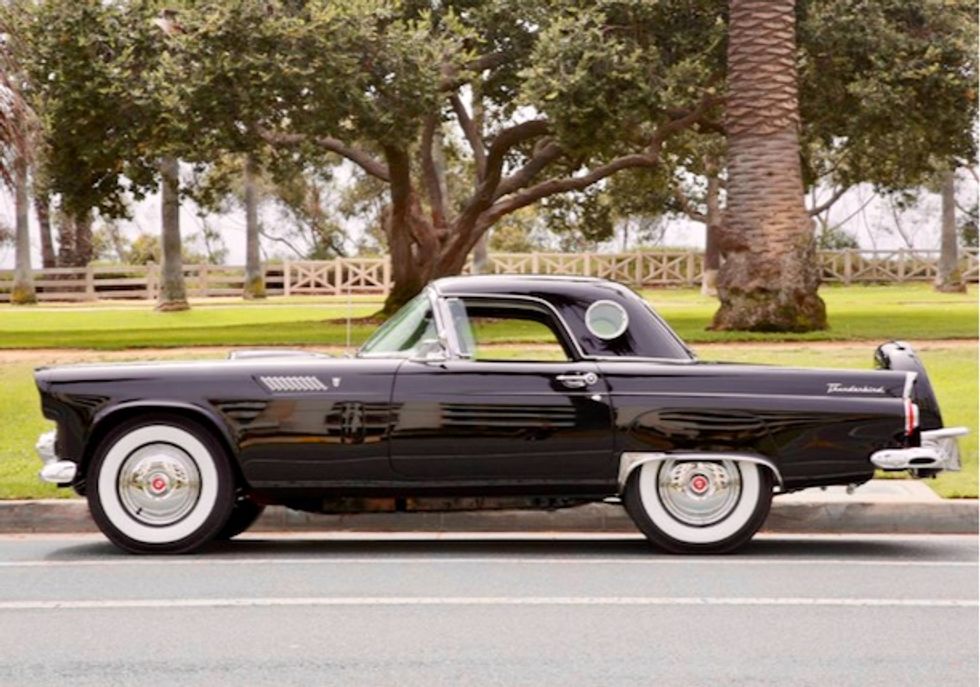 A two-seater convertible car owned by Marilyn Monroe is going up for auction in November and could fetch up to $500,000, organizers said on Tuesday.

The 1956 raven black Ford Thunderbird, owned by the movie star for six years until shortly before her death in 1962, is being auctioned for the first time.

Monroe, one of the most collectible celebrities, was pictured driving in the car with her husband, playwright Arthur Miller, shortly after their June 1956 wedding.

Darren Julien, president of Julien’s Auctions, said the car was “not only part of automotive history but comes with an aura of glamor, romance and tragedy of a true Hollywood legend.”

Monroe gifted the Thunderbird to the son of her acting coach, Lee Strasberg, in 1962. The current owner, who wishes to remain anonymous, tracked the vehicle down through registration and other documents that were sold in 2016 as part of Strasberg’s estate.

The car has undergone restoration but retains many original parts.

“Finding this car, a classic two-seater model, after 56 plus years of its unknown whereabouts, was a singular event. No other car has been located and documented as owned by the incomparable Marilyn Monroe,” the current owner said in a statement.

The car will be sold at Julien’s Auctions in Los Angeles on Nov. 17.

Fear of Trump has GOP lawmakers dragging their feet on investigating the Capitol riot: report