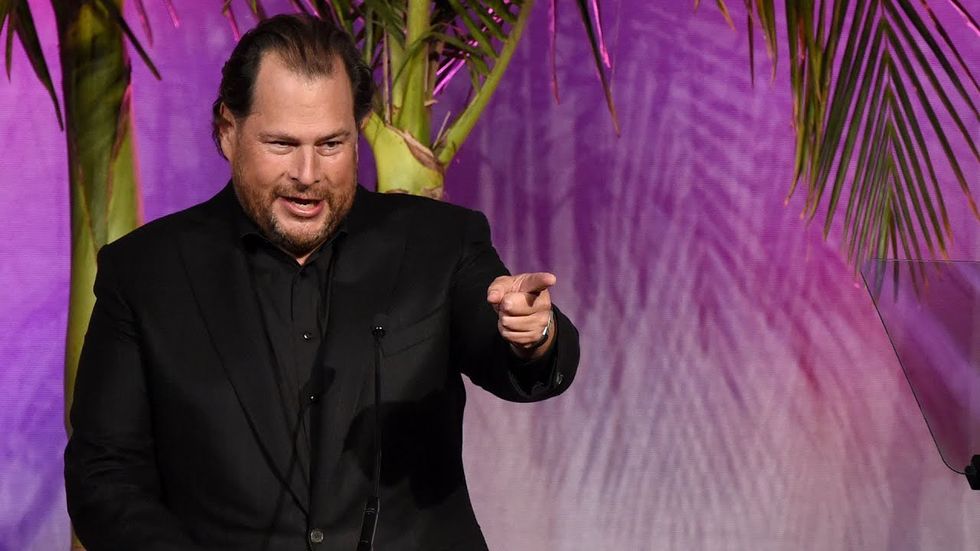 The CEO of Salesforce is catching flak after canceling a call with a refugee services group because he was "scuba diving."

Emails obtained by The Guardian reveal that in July, as Salesforce was being heavily criticized for contracting with U.S. Customs and Border Patrol amid the family separation crisis, CEO Marc Benioff skipped a call with the director of the Refugee and Immigrant Center for Education and Legal Services (Raices).

"The first thought in my mind … was, ‘What is this guy thinking?’” Ryan told the Guardian. “I’m managing the crisis of my lifetime, which is nothing compared to the collective crisis of all the people we are trying to help."

As the immigrant center gained national attention during the family separation crisis, Salesforce donated $250,000 to it — only to have the donation rejected due to the company's contract with CBP.

"As dark as the times were, and as impolite as the brush-off was," Ryan said, "I still had to smile at that ludicrous image in my mind of a billionaire in cahoots with a government that is actively running the lives of children, and he’s … scuba diving with his family."

The Raices' head said that when he and Benioff spoke a week later, the CEO seemed "largely undereducated" about both the crisis and Border Patrol's function within it — a reality that contrasted his public persona as a "social activist."

Ryan added that Benioff attempted to downplay his company's contract and would not commit to canceling it. He reportedly said he wanted to meet the Raices executive in person, but did not follow up.