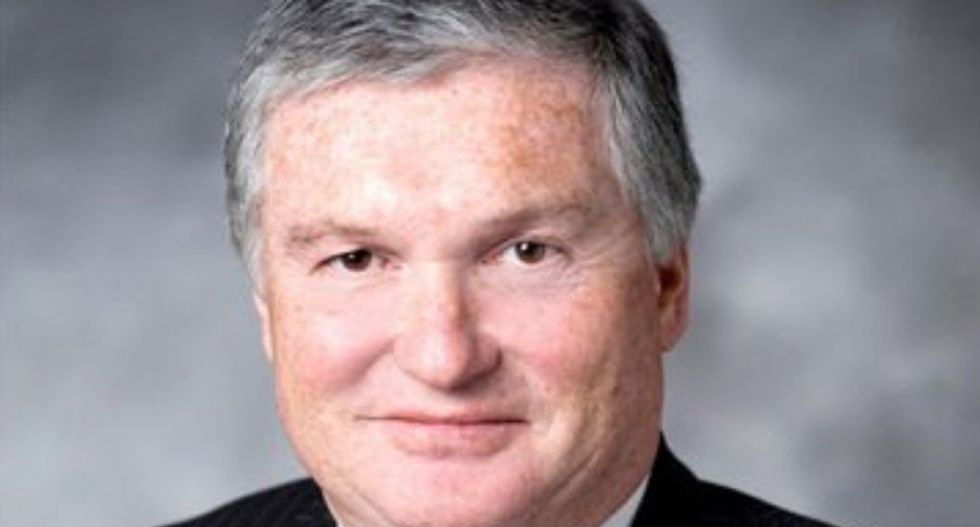 A Trump administration ambassador nominee was sued for sexual harassment by his secretary at his old law firm.

The New York Law Journal reported that Adrian Zuckerman was sued in 2008 by his former secretary Jamie Ferrauiola when he was a partner at the Lowenstein Sandler law firm.

According to the suit, Zuckerman forced Ferrauiola to look at photos of "semi-nude women," asked for "updates" on her love life and for dating advice, "frequently made sexual gestures" about women in the office, made aggressive advances and told co-workers that she was pregnant with his child.

An attorney "familiar with the Trump administration’s nominations process" told the Law Journal that the White House likely knew of the suit, which was settled in less than a year for an undisclosed amount.

Nominees who require Senate confirmation undergo a "two-track clearance process" that includes "an ethics analysis and a deep investigation of the person’s fitness for the position," the report continued. According to the attorney who spoke to the Law Journal, "harassment issues could be disqualifying, but allegations are not presumed to be true."

"The fact that this nomination was announced means this analysis was done and he survived," the attorney added.

The Romanian-born Zuckerman was nominated by the Trump administration in late July of 2018. Along with his partner positions at Seyfarth Shaw and Lowenstein Sadler, the attorney also worked at the Epstein Becker & Green firm and was an arbitrator at the Real Estate Board of New York.

You can read the entire report on the allegations against Zuckerman via the New York Law Journal.