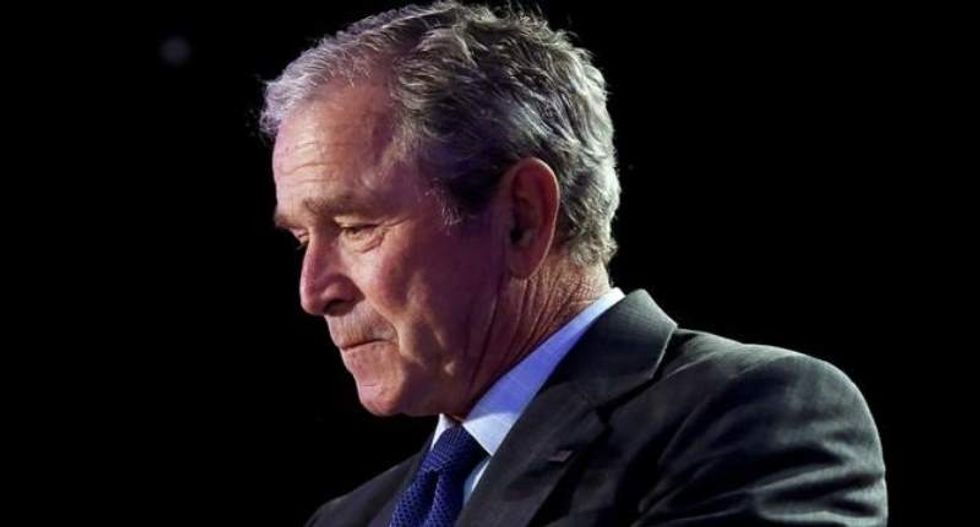 As U.S. Congress granted its support for the historic bill, it seemed like liberal democracy was rising to the challenge posed by the global financial crisis. Yes, the bill would be very expensive for American taxpayers, but the cost seemed justified in the face of the potential collapse of the global economy.

A decade later, the financial crisis is a distant memory, the TARP funds have been repaid with interest and stock markets are reaching new heights.

Yet switch from the business pages to the front page and a much darker picture appears: a particularly virulent strand of right-wing populism is popping up around the world, while Doug Ford and Donald Trump are wreaking havoc with our democratic institutions.

It turns out that the greatest cost of the 2008 global financial crisis was not the bailouts — but rather the cost to our democratic system.

Conservative populists have been able to exploit a series of weaknesses in liberal democratic society — weaknesses that predate the global financial crisis, but were exacerbated by the failure of our political leaders to respond effectively to it. 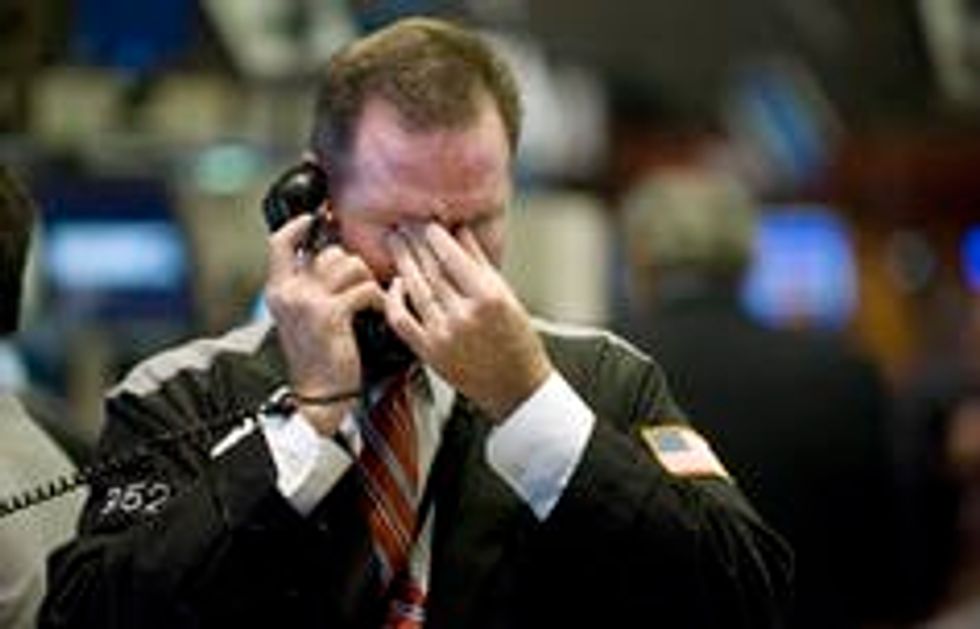 In this Sept. 17, 2008, photo, a trader rubs his eyes as he works on the floor of the New York Stock Exchange. The financial crisis touched off the worst recession since the 1930s Great Depression.

In the decades leading up to the 2008 crisis, governments rejected the more cautious approach to economic management that had emerged after the Great Depression and the Second World War. Those traumatic historical events produced policies that focused on employment and economic stability, delivering a decrease in inequality and fuelling solid economic growth.

Those concerns were pushed aside in the 1980s and 1990s, as governments of all political stripes sought to focus on inflation rather than unemployment, and to roll back regulations in the belief that this would produce a more dynamic economy.

The results were a massive growth in the size of the financial sector and a tolerance for increasingly risky investments with little genuine oversight — a recipe for financial disaster, as we saw unfold a decade ago.

As governments sought to get leaner and cut back on social spending, as the Jean Chrétien Liberals did in the 1990s, inequality grew and middle-class incomes stagnated. Many middle-class families adapted by dipping into their home equity with lines of credit or simply loading up on credit-card debt — another time bomb that exploded in the U.S., Britain and throughout Europe in 2008 but has yet to detonate in Canada.

Once the global financial crisis hit, it became much easier to see that the economy wasn’t working for everyone.

In the U.S., the Federal Reserve Bank of St. Louis estimates that nine million families lost their homes in that crisis — between 10 and 15 per cent of all homeowners. In the U.K., between 2008 and 2009, the sudden drop in housing prices, pension funds and equities translated into a loss of 31,000 pounds (or almost $50,000 Canadian) for every household.

The household debt that had seemed like a clever solution to stagnating wages suddenly became a huge problem for those families who found themselves with a house worth a lot less, one of their household’s jobs gone and debts still to pay.

Governments’ response to the crisis only made things worse. Sure, in the short term, they acted to shore up the financial system and used fiscal stimulus to reduce the severity of the recession. But by 2010, just about every western government, including Canada’s Conservatives, had changed their tune and shifted back to austerity, arguing that we couldn’t afford more fiscal stimulus.

Austerity measures land hardest on those who most need government help — like those families who were down one job and couldn’t make the payments on a mortgage that was worth more than their house. 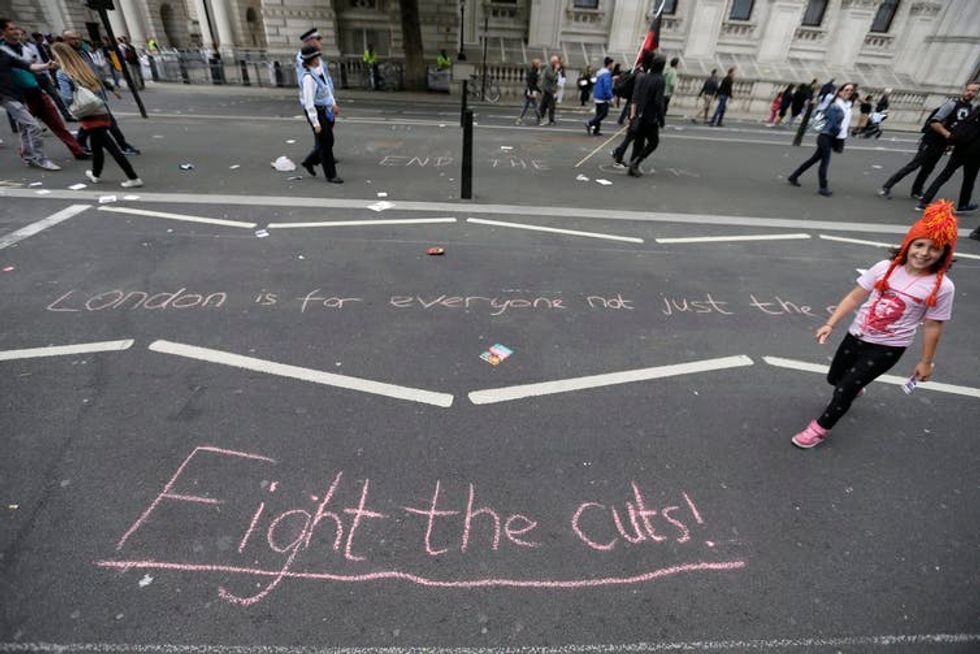 A girl smiles after writing slogans on Whitehall during a protest against the Conservative government and its austerity policies in London in June 2015.

It also turns out that this rapid shift to austerity was counterproductive —damaging the recovery in many countries and actually increasing debt-to-GDP ratios.

Inequality also grew after the crisis. As economist Branco Milanovic’s research shows, the stagnation in western middle-class wages expanded to include upper-middle-class earners. In fact, the only people who really benefited from the austerity push were the hyper-rich.

Meanwhile governments around the world billed their austerity measures as necessary and inevitable — denying any responsibility for the suffering these policies caused.

Add it all up and you get ripe conditions for the kind of economic insecurity and frustration that is fertile ground for populist sentiment. Of course, the rise of soft authoritarianism cannot and should not be reduced to economic factors. But those factors do play a role.

After all, if political leaders tell us that they have no choice but to enact these painful economic policies — that these issues are beyond democratic control — why should we be surprised when someone like Donald Trump, Nigel Farage or Doug Ford comes along and promises to take back — and give them back — control?

In order to oppose the authoritarianism of these conservative populists and challenge their lies, we need to start by recognizing that the economic experiments of the last few decades have failed the ultimate test: building a prosperous and democratic society for all.