A blueprint for aliens looking to hack a human host 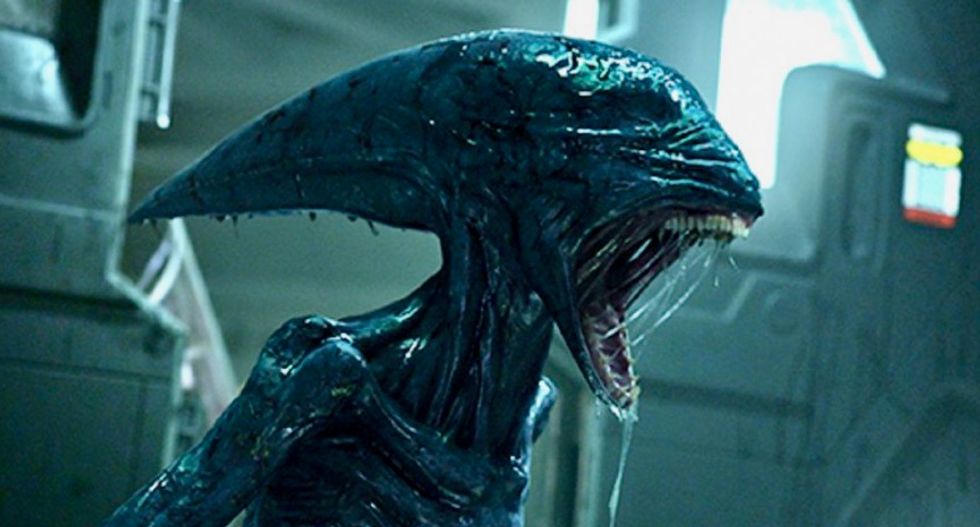 The movie Venom, the latest thriller in Marvel’s Spiderman franchise, plays to one of our deepest human fears: the loss of self control. In the movie, journalist Eddie Brock becomes infected with a parasite and is transformed into Venom, an alien-human hybrid. But could a parasite truly control our minds and actions?

In order to think about this scenario, we can look to biology of parasites.

Parasites are both fascinating and revolting. They fall on the continuum of symbiotic relationships where two organisms live together in intimate association.

A close relationship between two species can be mutually beneficial, where an equal trade of resources takes place, such as with bees and flowers; the bees get a source of food (pollen or nectar), and the flower has its pollen spread to other flowers in order to reproduce.

Or parasites can tip the scales in their favour and take advantage of their hosts. Often this involves the stealing of nutrients or resources. For example, the aliens from Ridley Scott’s movies use humans as incubators for the next generation of their species.

Trailer for the 1979 movie ‘Alien,’ directed by Ridley Scott.

This alone would be terrifying, but the central premise of Venom is more disturbing. What if the parasite not only lives inside your body, but also takes away your autonomy and ability to control your behaviour?

Venom is the product of a symbiotic association of an alien (the black goo) and Brock (played by Tom Hardy). Brock is the host, the alien is the parasite — and the source of Venom’s violent behaviour.

Nature contains many fascinating examples of parasites that can control host behaviour and physiology, and scientific studies indicate how this might play out in the film.

One well-characterized interaction where the parasite modifies the host’s behaviour and appearance is the relationship between the fungus Ophiocordyceps unilateralis and its ant host.

These carpenter ants normally live in the tree canopy of tropical rainforests. When they leave the canopy to scavenge, some encounter the fungus and become infected by fungal spores.

The fungus uses the ant as an energy source, damaging muscle and the central nervous system. As the infection progresses, the ant develops seizures and a bizarre erratic zombie walk. Ultimately, the ant climbs a tree sapling and at solar noon clamps its mandibles onto a leaf, locking it into place until death. 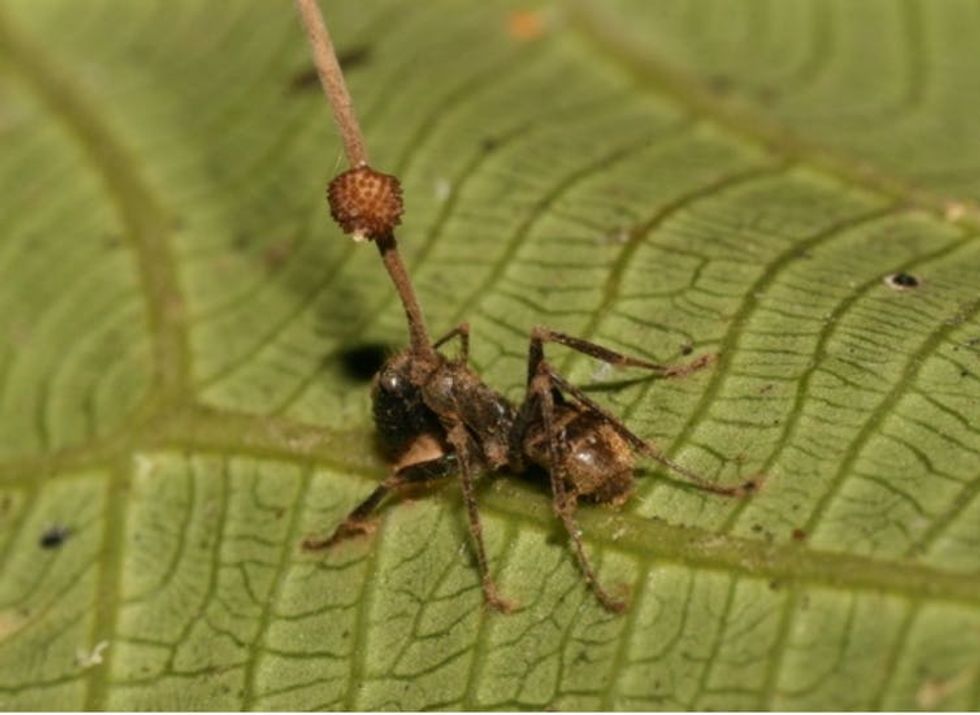 A dead carpenter ant on the underside of a leaf after being infected by a parasitic fungus. The fungal fruiting body with spores emerges from the ant’s head.

The fungus — its survival and growth now ensured — grows a fruiting body (a stalk covered in spores) out of the ant’s head and releases the spores, infecting other ants. And the cycle continues.

Not only does the fungus alter the behaviour of the ant by manipulating its neurobiology, but it also changes the physiology of the ant to lock it in place even after it dies.

If we apply this to Venom, as a first step, the alien needs to somehow invade or interface with the human host.

Based on the trailer, the alien appears to crawl into Brock’s mouth. The next steps are far more complicated and involve gaining control over the host’s movements and mind.

What mechanisms could explain the control that a parasite exerts on a host’s behaviour and physiology? One hypothesis is that the parasite makes proteins that interact with the biological pathways responsible for motion and behaviour in the host. In effect, the alien hijacks the human for its own use.

A recent study looked at which genes the fungus was expressing (that is, which proteins were being produced) during the ant’s death bite. The fungus likely uses toxins to target the ant’s immune system and interfere with its ability to detect environmental cues — it may even drug its victim.

In Venom, the alien must be producing molecules that reprogram Eddie’s biochemistry to give it control of his body and mind, without killing him outright.

This is tricky business, made trickier since it’s unlikely the alien parasite has co-evolved with humans for any length of time, like the fungus and ants.

From a purely biological standpoint, the alien parasite almost certainly lacks the genetic tools to hack Brock — or any other human — to any appreciable extent. But, given enough time for adaptation to occur — or some technological help — perhaps such parasites might find a way around these challenges.

One of the defining characteristics of life is its ability to reproduce. Can the alien parasite in Venom replicate and infect other hosts when Brock is no longer useful for its survival?

Fortunately for us, based on our current knowledge of biology, it’s more likely an alien parasite would kill us outright upon infection or be biologically incompatible with our neurological and physiological systems than exert any sort of mind control.

Humanity can rest easy — and so can our friendly neighbourhood Spiderman.