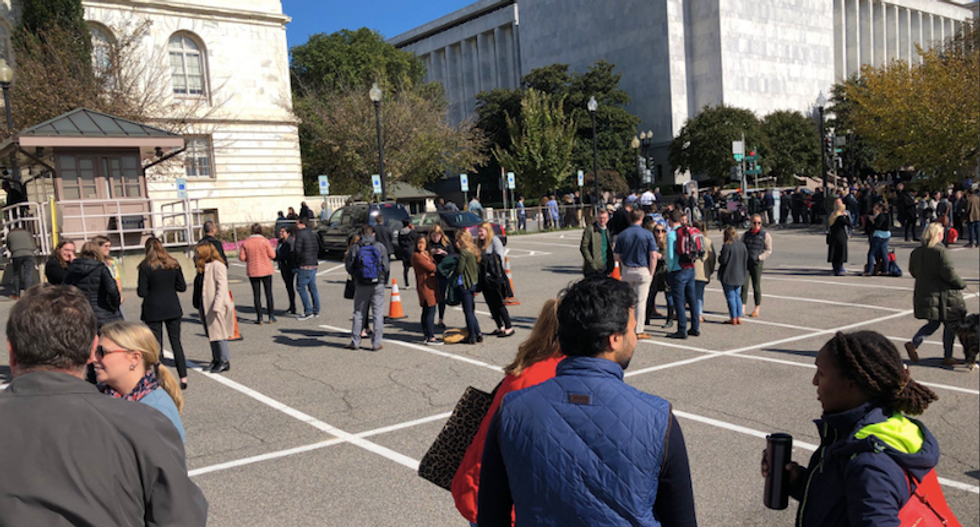 The Cannon House Office Building was evacuated Thursday due to an inaudible alarm.

U.S. Capitol police confirmed the building, where elected representatives have their offices, was evacuated due to the alarm but did not offer additional information.

House staffers gathered outside the building while the alarm was investigated, and officers strung police tape around the scene.

It's not clear whether the evacuation was related to a string of mail bombs sent to elected officials and other prominent critics of President Donald Trump.