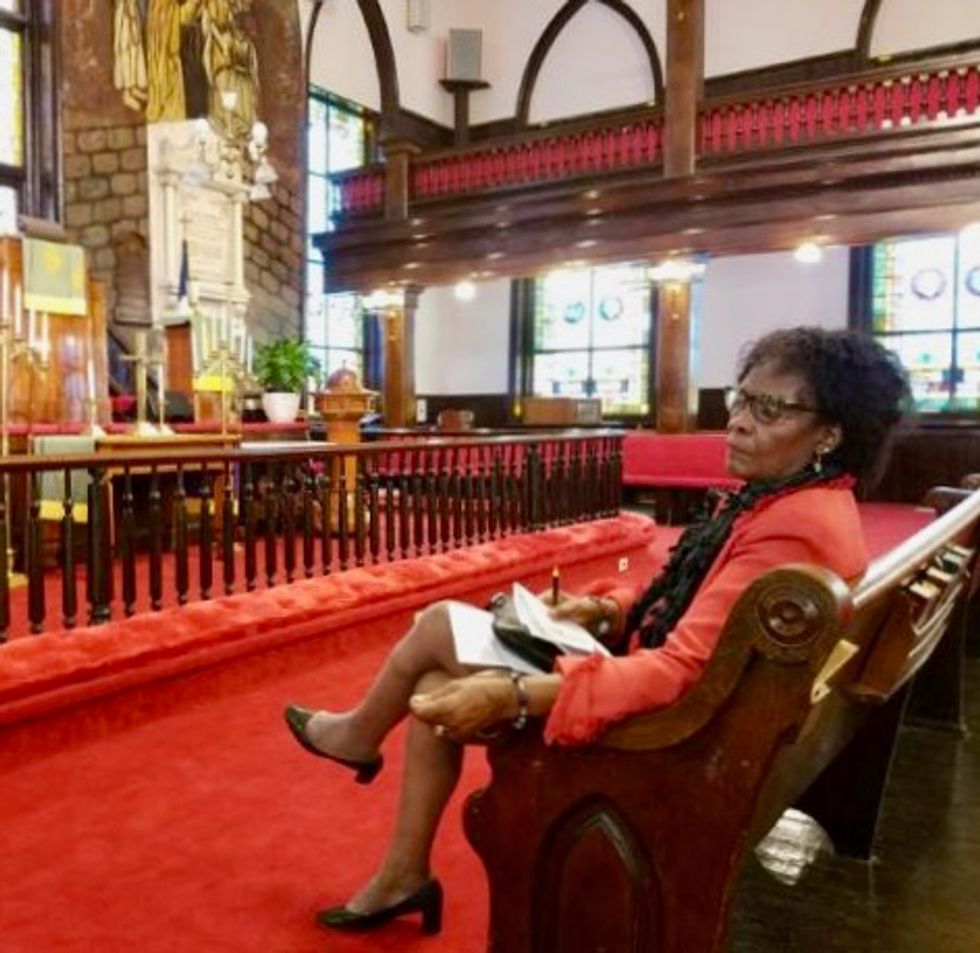 Parishoners at the historic black Emanuel church in Charleston, South Carolina, on Sunday grieved this weekend’s Pittsburgh synagogue massacre and recalled a 2015 mass shooting at their church, while chiding President Donald Trump’s “rhetoric of hate”.

“Words do matter,” Reverend Eric Manning told more than 100 parishioners attending the Sunday service. The church planned a prayer vigil for the Pittsburgh victims later at a Holocaust memorial a block away.

While Trump immediately condemned the synagogue shooting, Manning said things the president has said “for the last few weeks or years, it makes you want to holler, throw up your hands and wonder what’s going on.”

In 2015, shooter Dylann Roof, a white man, walked into the Emanuel African Methodist Episcopal Church and opened fire at a bible study group, killing nine people. On Saturday, a gunman stormed into the Tree of Life Synagogue in Pittsburgh during a service, killing 11 worshippers and wounding six other people.

The Pittsburgh suspect, Robert Bowers, 46, was not a Trump fan and had accused the president online of doing nothing to stop an “infestation” of the United States by Jews. Trump condemned the shooting and said there was no tolerance for anti-Semitism.

Still, Trump’s critics have blasted the Republican president for his frequent anti-immigrant and anti-Muslim comments, and for blaming “both sides” when a counter-protester was killed at a white supremacist rally in Virginia in 2017.

In January African and Haitian politicians, the United Nations human rights office, and U.S. lawmakers from both parties criticized as racist some of Trump’s comments about African countries. He tweeted in response, denying that he used racist words.

There was no immediate comment from the White House on the criticism from the Charleston church.

Standing in the Emanuel sanctuary after the two-hour service, many parishioners, including some survivors of the 2015 tragedy, said Trump’s words incited division and inflamed tensions.

“I blame the Trump administration for the rhetoric and the hate. They call everything fake news,” said Liz Alston, 70, a retired school principal who lost friends in the 2015 shooting.

After the shooting at Emanuel, members, survivors and their families have participated in conferences in Washington, D.C. and in Charleston on gun violence and racial hatred. Some tearfully forgave Roof at his arraignment in 2015 but others did not, and one screamed at him during his trial.

Sharon Coakley, 66, whose sister Myra Thompson was murdered by Roof, said news of the latest shooting revived the devastation she felt in 2015 and her struggle to someday be able to forgive.

“That killing of those Jewish people stems from our leaders,” said Coakley, a manufacturing technician. “We’ve talked about gun control. We’ve talked about the hatred that comes from the president of the United States.”

The church has improved security since the attack, installing surveillance cameras and adding uniformed, armed guards at its services, a constant reminder of the threat of violence.

“The church will never be the same,” said Wayne Singleton, 50, music director at Emanuel. He played the piano during the funeral of Rev. Clementa Pinckney, where then President Barack Obama gave the eulogy and sang “Amazing Grace.”

On the night of the massacre at Emanuel, Roof was invited to join the bible study group. He sat down, took out his gun and began shooting members who had their heads bowed and eyes closed in prayer. Lisa Wade, 53, a social worker, described the lingering fear.

“We’ve lost a lot of members,” Wade said. “People are still afraid to come into the sanctuary. I still cannot close my eyes and pray.”

When she heard about the Pittsburgh shootings, she said: “It brought it all back. I just think it is unbelievable that this is still going on.”