'I thought I was going to die': Teen girl traumatized after classmates set her hair on fire 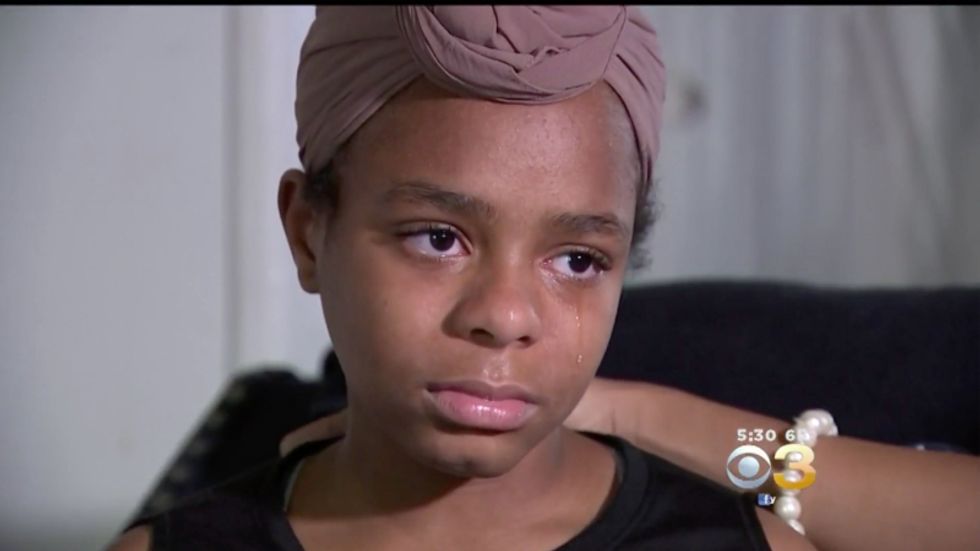 While standing at a bus stop 13-year-old Nevaeh Robinson says her classmates set her hair on fire. “When it happened, I panicked real fast, because I thought I was going to die because it burned my hair so fast,” she told CBS Philadelphia.

The classmates used a lighter to set her hair on fire and laughed at Robinson while she patted it out with her hands. “It was kind of traumatizing,” she said.

As a result, she suffered first-degree burns and now has bald spots in her head.

She added, “I want expulsion if you’re setting kids on fire."

The Philadelphia School District has yet to respond, and police are investigating the situation.