Collaboration, not fighting, is what the rural West is really about 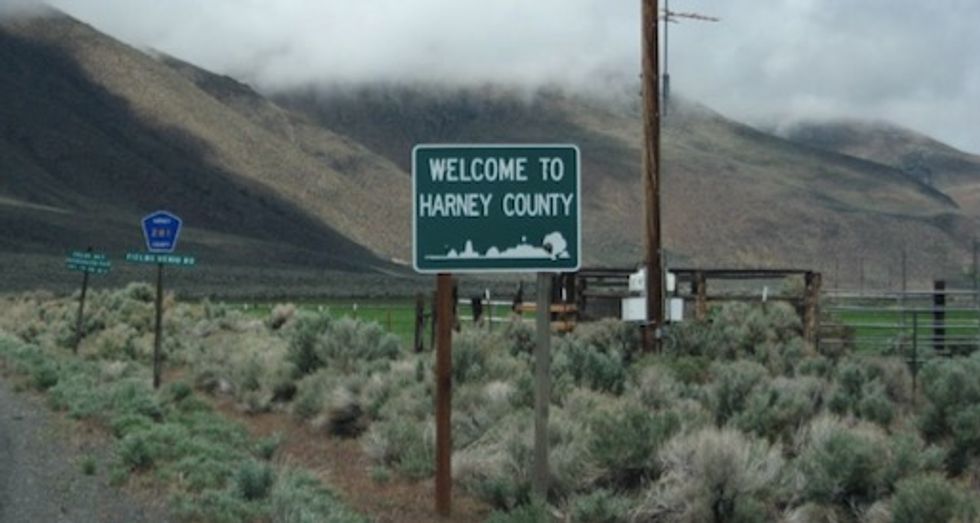 Dick Jenkins is a fourth-generation rancher living in Oregon’s most remote county. I wanted to know why he continues living in a rural community, even though life elsewhere might be easier.

While Dick’s answer was more evocative than I could’ve hoped for, I can’t say I was surprised by it.

I’m a historian who studies the rural Northwest, and I’ve spent a fair amount of time talking with loggers, miners, fisherman and ranchers like Dick.

Each one of them, in their own way, articulates a similar sentiment: Whatever hardships contemporary rural life may pose – and there are many – it’s their love of the land and desire to protect it that keeps them put.

This is not a description of rural life you typically hear.

Many stories about rural America, particularly during election cycles like we’re in now, portray rural communities as political monoliths made up of nothing more than angry ranchers frustrated with the Bureau of Land Management, what’s commonly called “the BLM.” Or you see camouflage-clad militia members hoping to overthrow the government.

These people do exist in rural communities. The Three Percenters, a heavily-armed militia whose members advocate the violent overthrow of the U.S. government, has a sizable presence in Harney County, the same county Dick lives in.

And the sheriff of Grant County, just to the north, is a self-described “constitutional sheriff” who believes his power supersedes the federal government’s.

But for every AR-15 wielding militia member or rancher angrily shaking his fist at the BLM, there’s likely a dozen like Dick who want to find peaceful ways to protect their interests and the environment.

The tone in recent news coverage of rural issues was largely set in the late 1970s, when ranchers started protesting new BLM limits on grazing in what became known as the “Sagebrush Rebellion.” These protests were sometimes dramatic, like when ranchers bulldozed road barriers that had been erected to limit access to wilderness areas. 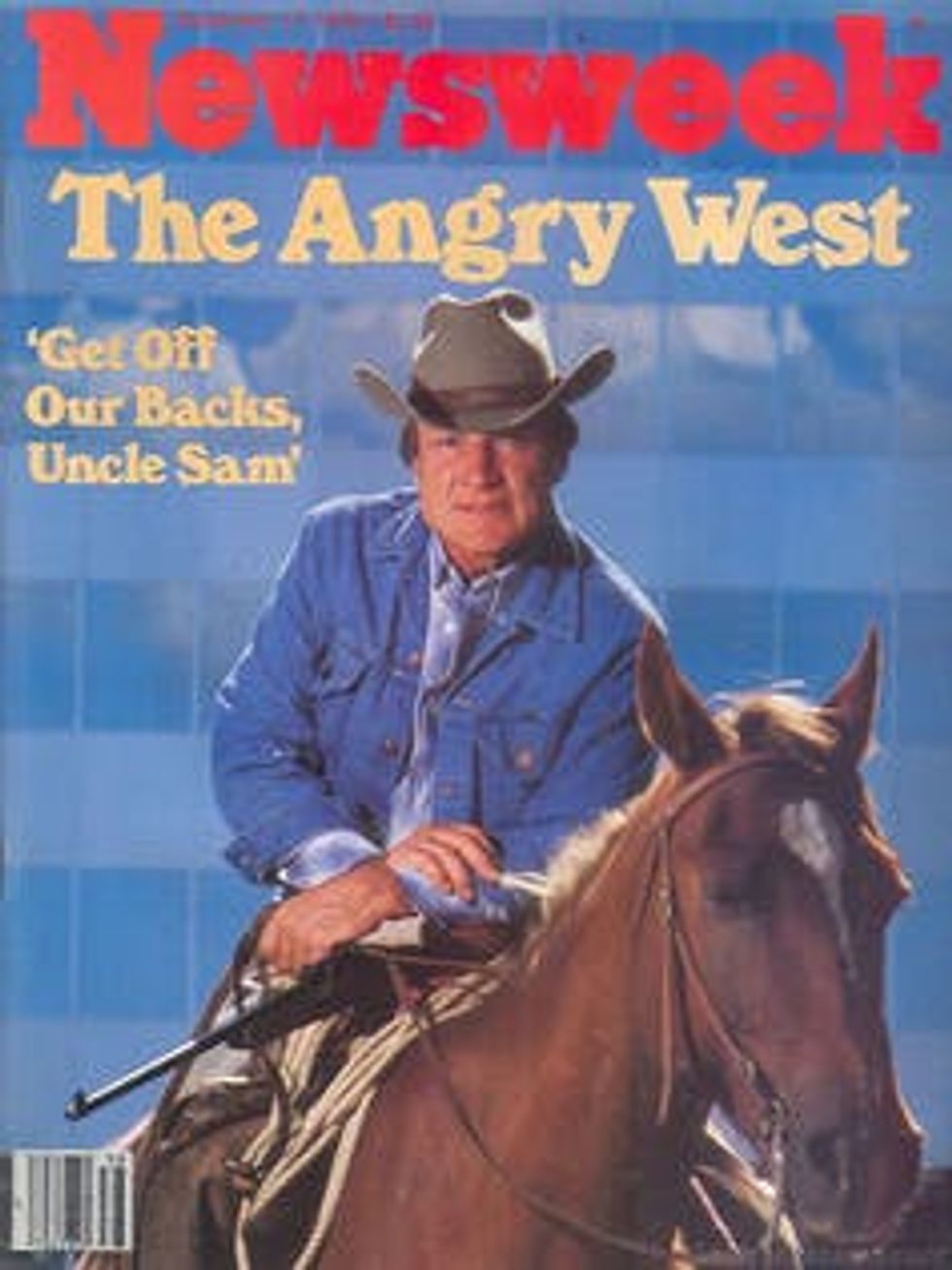 The Sagebrush Rebellion made the cover of Newsweek in 1979.

While the origins of many present-day rural extremist movements can be traced back to frustrations with BLM policy in the 1970s, the Sagebrush Rebellion spawned another less talked-about movement: collaborative land management.

Many people recognized that fighting over wilderness, grazing rights, timber harvests and endangered species protections was getting them nowhere.

So in the 1990s, rural workers sat down with environmentalists, government agents and tribal representatives, and together they worked out agreements that would protect the land, preserve tribal resource rights and allow for continued grazing, mining and logging.

Rarely were these conversations easy.

One early collaborative effort, Northern California’s Quincy Library Group, was so named because members met in a setting that would force them to keep their voices – and tempers – in check.

But these difficult conversations bore results.

To name just two examples, ranchers and environmentalists in Idaho have collectively used conservation funds to preserve agriculture and critical habitat along the Snake River. And in Dick Jenkins’ Harney County, ranchers, BLM agents, environmentalists and members of the Burns Paiute Tribe work together through the High Desert Partnership to collectively manage the land.

As several scholars have documented, these collaborative partnerships are a source of local pride in many rural communities. 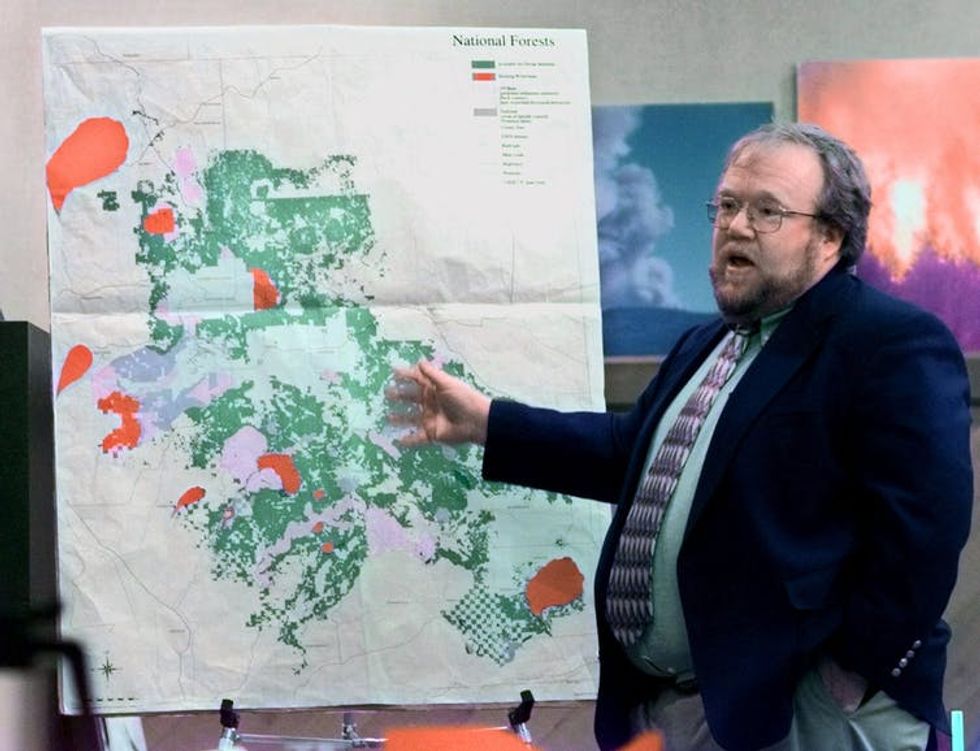 Forester Ed Murphy, a member of the Quincy Library Group, tells a House subcommittee about the group’s plan for balancing logging and environmental interests in Northern California forests.

So if many rural people are proud of their ability to collaborate, why are we seeing more anger and more high-profile protests directed at environmentalists and the federal government throughout the rural West, what some have called a “second Sagebrush Rebellion”?

The answer is that in recent years it’s mostly been newcomers or outsiders who’ve attempted to mobilize imagined rural anger in order to advance their own narrow political goals.

This was certainly the case during the highly publicized takeover of the Malheur Wildlife Refuge in 2016.

Led by a group calling itself the Citizens for Constitutional Freedom, the occupiers argued that the Constitution did not give the federal government the right to own land. They hoped to turn BLM land over to local control and turn Harney County into the first “Constitutional county.”

Of the roughly dozen occupiers who said they were fighting for the rights of Oregon ranchers, only one, Robert “LaVoy” Finicum, was actually a rancher – from Arizona. The group’s leader, Ammon Bundy, is the son of an infamous Nevada rancher, but he worked as a car fleet manager prior to leading the standoff. And only one, Walter “Butch” Eaton, was from Oregon, and he stayed with the occupiers for just a half hour before deciding to walk home. 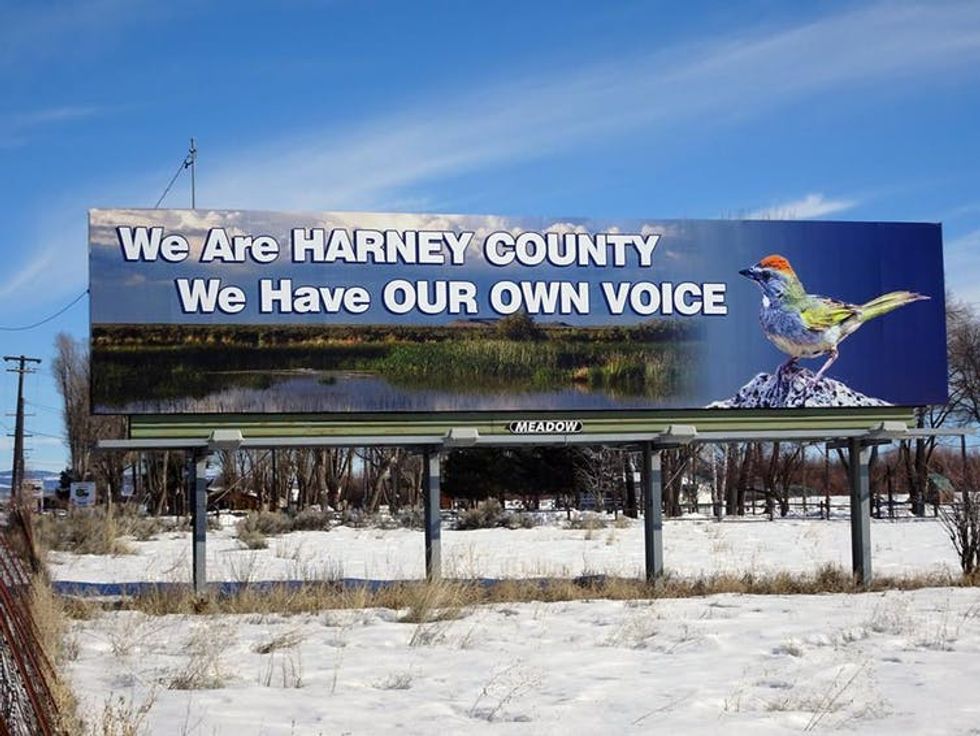 Harney County billboard erected during the occupation of a local wildlife refuge by militia members.

These outsiders have been challenged by people in rural communities.

At least in Oregon, the Rural Organizing Project has been at the forefront of efforts to help rural communities fight outside extremist groups.

Founded in the early 1990s to help people in rural communities organize against local anti-gay ordinances, the project has since grown into a network of rural activists who, according to the group’s website, “facilitate local organizing, communication and political analysis.”

When the paramilitary group the Oath Keepers occupied the Sugar Pine Mine in Oregon’s Josephine County in April 2015, project activists and local community members quickly mobilized to communicate to both politicians and the media that the militia members did not have the support of the community.

According to a statement released by the coalition, the Oath Keepers were “individuals from outside our community” there to “advance their own agenda.”

A year later, during the Malheur occupation, the project organized a day of action, coordinating rallies, meetings and press conferences in rural communities across Oregon to again clearly communicate to the media and decision-makers that a handful of armed protesters did not speak for most rural people.

A billboard that Harney County residents put up during the 2016 occupation speaks volumes about the way many rural people feel about these outsiders. It read: “We Are HARNEY COUNTY. We Have OUR OWN VOICE.”

To be perfectly clear, many ranchers, loggers and miners have problems with federal bureaucracies and environmental organizations.

Underfunded and overburdened by arcane rules, the BLM has a massive backlog of grazing permit applications. Federal timber sales are routinely tied up in litigation.

Many rural people are likewise troubled by the federal government’s waning investment in rural economies and rapidly declining funding for rural education and social services.

The journalists who report on the radical fringes of rural America are doing important work. Their stories shine light on dangerous political trends that, if allowed to grow in the shadows, might become something even more dangerous than they already are.

But ranchers like Dick Jenkins, groups like the Rural Organizing Project and other rural people committed to collaboration need to have their stories heard, too.

Paying as much attention to them as so-called Sagebrush Rebels just might show that while there are indeed many problems in rural America, most rural people are committed to bringing about a more amicable future.