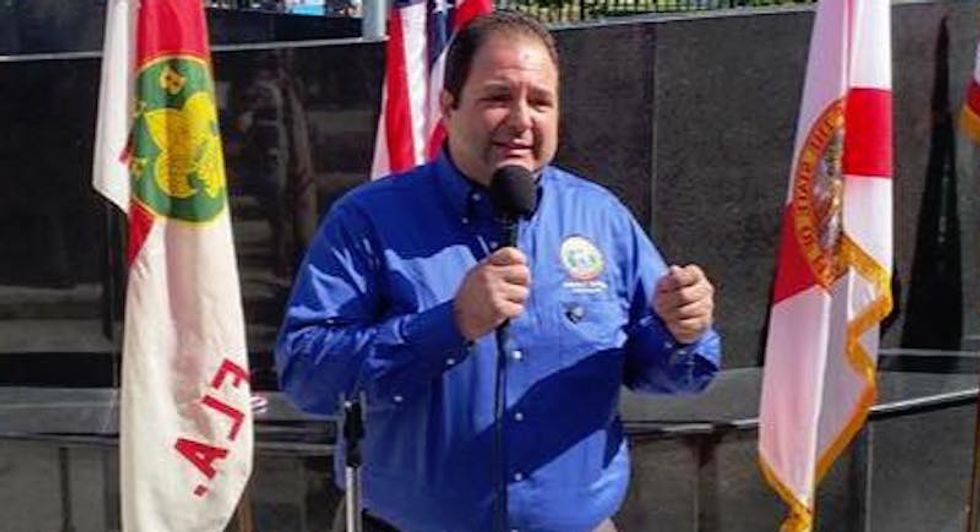 A North Miami Beach mayoral candidate is accusing a union of a "hate crime" over a mailer comparing him to the Sopranos — 18 months after anti-Muslim Facebook posts he shared were revealed.

The Miami Herald reported that Anthony DeFillipo, a North Miami Beach commissioner, is suing the American Federation of State, County and Municipal Employees union for libel to the tune of $2 million — even though the union itself said they had nothing to do with the mailer riddled with spelling errors.

"This is a hate crime," the candidate said. "This is an ethnic slur. This is no different than if any other ethnicity was attacked."

Neither men mentioned the Islamophobic Facebook posts the candidate made that were uncovered by the Miami New Times last year. 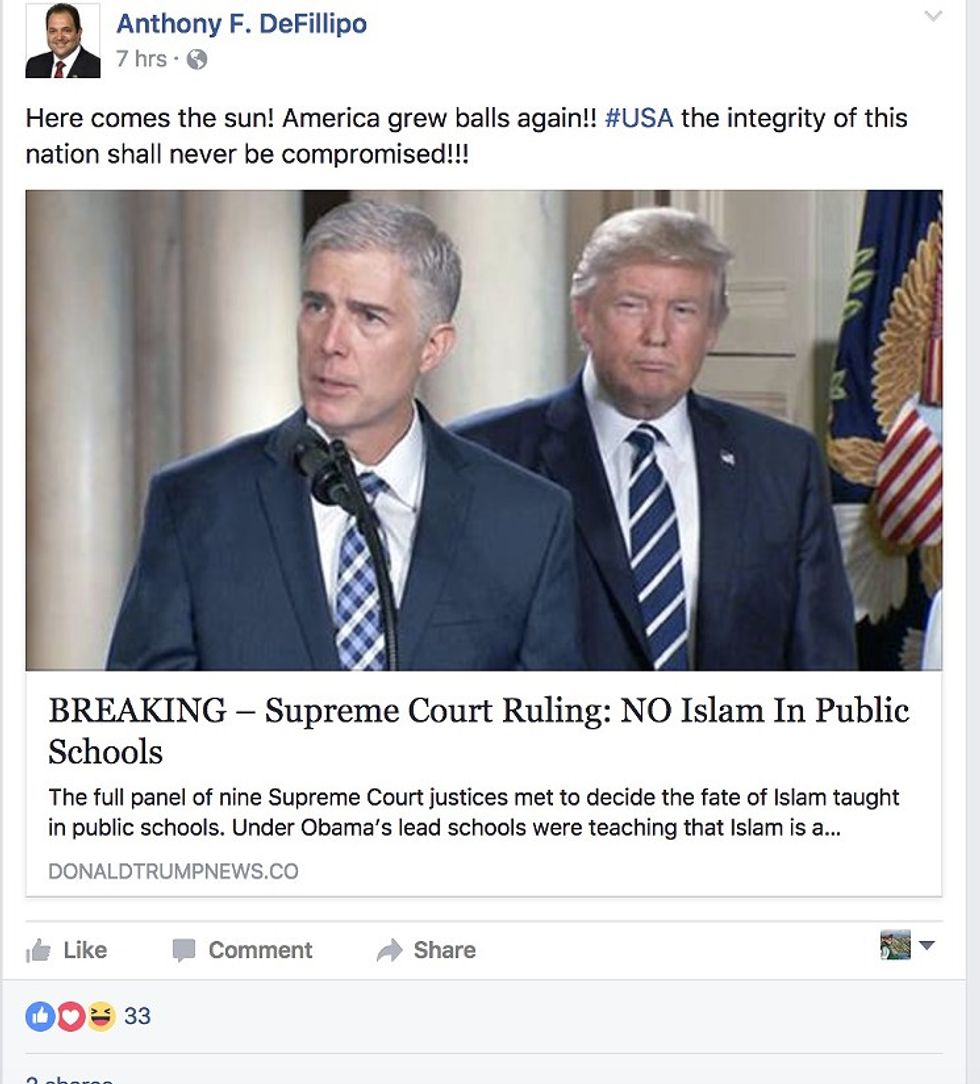 DeFillipo doubled down in the comments of the since-deleted post.

"We should [sic] be teaching any religions in this country besides standard Judeo-Christianity, as our founders wanted, and we certainly shouldn’t be filling the children with lies about Islam being a 'religion of peace' when they see the carnage on the news almost every day," he wrote, quoting a made-up statement made by Gorsuch.