GOP Rep. Mark Sanford: Haitian babies born in US don't deserve birthrights because they are not 'former slaves' 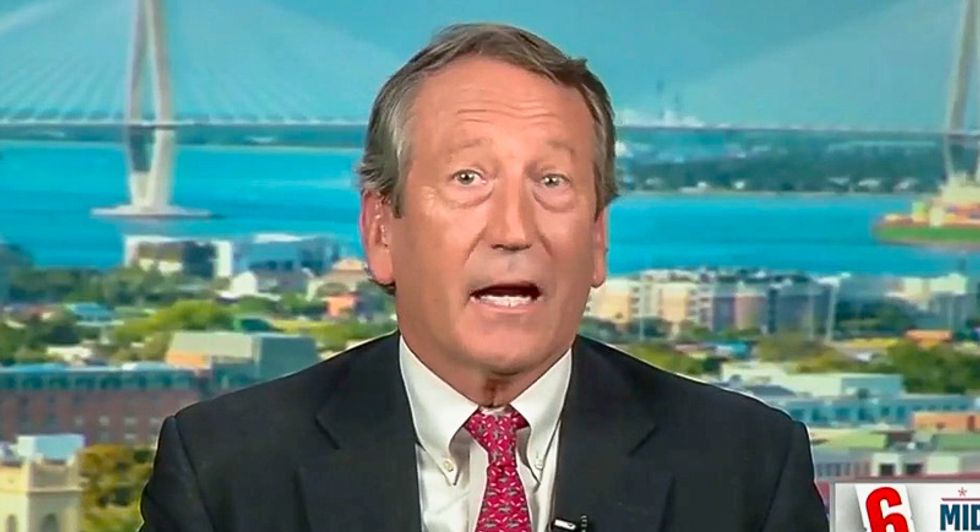 Outgoing South Carolina Republican Rep. Mark Sanford on Wednesday insisted that some babies born in the U.S. -- from places like Haiti -- do not deserve to be granted birthright citizenship because the 14th Amendment was only intended to apply to descendants of slaves.

During a discussion on MSNBC about President Donald Trump's plan to end birthright citizenship, Sanford argued that the constitution did not apply to immigrants when it said all "persons" born in the U.S. have the right to be citizens.

"What do you make of the suggestion that birthright citizenship can be revoked with the stroke of a pen?" MSNBC host Craig Melvin asked the South Carolina Republican.

"I would find that hard to believe," Sanford replied. "I'm not a fan of birthright citizenship. But I think it's much more complex than the stroke of a pen."

"Why are you not a fan of it?" Melvin wondered. "You do recognize that it's in enshrined in the Constitution, the Fourteenth Amendment?"

"I happen to be [co-sponsoring] a bill that would say otherwise," Sanford stuttered. "I think there are a number of folks who have said that particular interpretation is not really what the founding fathers intended."

"The idea that you just happen to come in from Haiti or anywhere else and because you get your boat to shore, all the sudden you are open to the same rights and privileges that anybody else is, I think that's at odds with the intent," he continued. "I think it was ultimately about slavery at that time and rights that should come to former slaves. But we'll leave that to legal experts."

The Fourteenth Amendment to the Constitution, however, does not mention slavery as a requirement for bestowing citizenship rights on people born in the U.S.

Sanford, who lost his seat in this year's Republican primary, also said that he could not condemn the alleged racism of Rep. Steve King (R-IA) because he has been "focused on shutting down the office here."