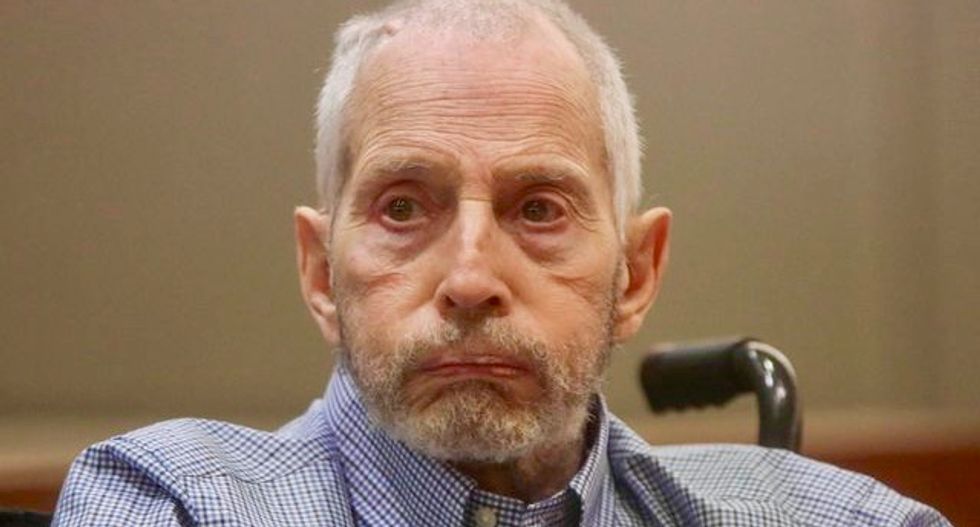 Robert Durst, the subject of an HBO documentary, “The Jinx,” must stand trial in the 2000 murder of his longtime friend, a judge ruled on Thursday at a hearing interrupted at times by outbursts from Durst.

Durst, a 75-year-old multi-millionaire, was arrested in 2015 and charged with murder in the shooting death of his confidante Susan Berman.

Prosecutors say Durst killed Berman because she could implicate him in the murder of his wife, who vanished in 1982 when the couple was living in New York City.

The grandson of a wealthy New York real estate tycoon has pleaded innocent to Berman’s murder. He will have a chance to again enter a plea at a second arraignment scheduled for Nov. 8.

Los Angeles Judge Mark Windham, at the conclusion of a nearly two-week preliminary hearing during which prosecutors presented evidence, ordered Durst to stand trial on a charge of murder with the special circumstances that he used a gun and killed a witness by ambushing her.

Windham said Durst had incriminated himself through his own statements, including comments he made in interviews for “The Jinx.”

“I order defendant to be held to answer therefore without bail until date of his arraignment,” the judge said.

If convicted, Durst faces a maximum sentence of life in prison.

Durst repeatedly interrupted the hearing. At one point, during a pause in proceedings, he rolled backward in his wheelchair toward the nearest door and said: “And away we go. Bye! Have a good weekend!” The bailiff and one of his attorneys stopped him.

Attorneys for Durst argued on Thursday there was insufficient justification for a trial, with no fingerprints or DNA evidence linking him to Berman’s death.

Berman, 55, was found dead in Los Angeles at her home on Dec. 24, 2000, shortly after it was revealed that police had reopened an investigation into the disappearance 18 years earlier of Durst’s wife, Kathleen Durst.

Durst has never been charged with killing his wife and her body has not been found.

Durst’s ties to Berman’s death, his wife’s disappearance and a 2001 Texas slaying for which he was acquitted by a jury were explored in “The Jinx,” a six-part series.

In the finale, which aired in 2015, Durst was caught on microphone talking to himself, saying: “What the hell did I do? Killed them all, of course.”

“It’s cryptic,” Windham said on Thursday, in reference to Durst’s recorded comment. “But without explanation from the defendant, it operates as a succinct confession to murders with which he’s been confronted.”

Windham also said he was swayed by Durst’s admissions that he approved of the accuracy of 2010 feature film “All Good Things,” which was directed by the filmmaker who made “The Jinx” and was based on Durst’s life.

Durst’s approving statements about “All Good Things” were significant because the film portrayed Durst as a killer, prosecutors said in court papers submitted on Tuesday.