How Mister Rogers’ message of love might help us now 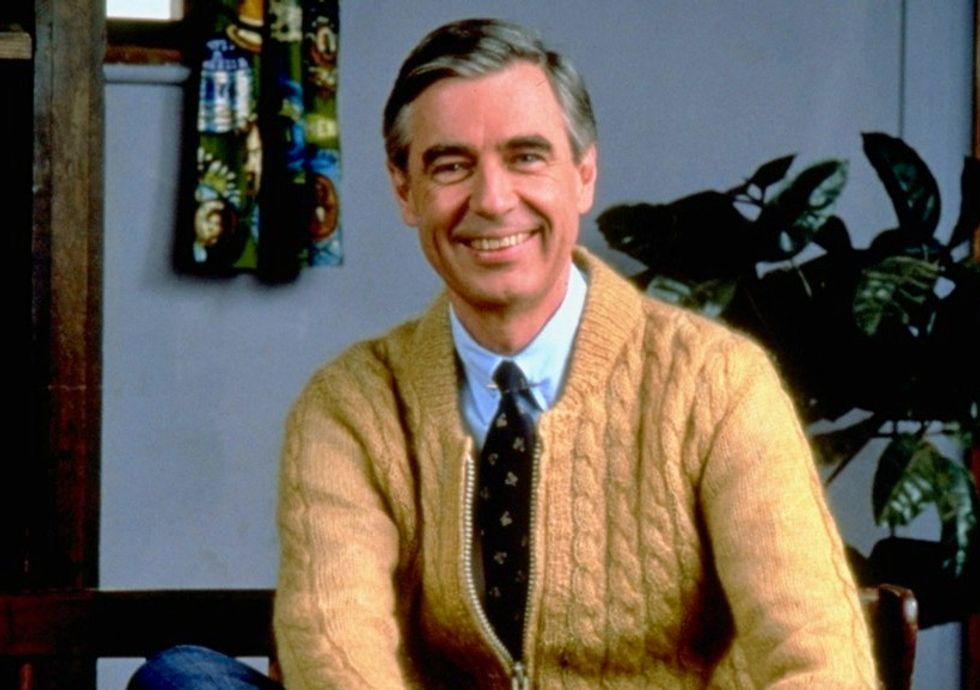 The Pittsburgh neighborhood in which the recent horrific mass shooting took place isn’t only the home of the Tree of Life synagogue. Squirrel Hill was also Mr. Rogers’ neighborhood, the place where he lived and ultimately chose to die in his own home.

The irony is bitter indeed, because Fred McFeely Rogers, the beloved children’s television host who died in 2003, was also an ordained Presbyterian minister. Over the course of three decades on public broadcasting, he brought to millions of children what his faith’s General Assembly referred to as “unconditional love.”

In a documentary on Rogers released earlier this year, his widow reveals that this apostle of love struggled with evil in its many forms all his life. In his day as in ours, he knew that young people would be exposed to innumerable images of hatred through television and other media. To counteract it, Rogers took to the airways, encouraging people of all ages to accept themselves and each other. As he said in 1979, “My whole approach in broadcasting has always been, ‘You are an important person just the way you are.’”

Rogers was on to something – namely, that the world needs more love, and that each of us can play an important role in making the world a kinder place.

Love gave rise to a calling

Born in Pennsylvania in 1928, as a young minister Rogers regretted the messages television was conveying to children in the 1960s. He said, “I went into television because I hated it so, and I thought there’s some way of using this fabulous instrument to nurture those who would watch and listen.” “Mister Rogers’ Neighborhood” debuted nationally in 1968 and won its creator and host many accolades, including a Presidential Medal of Freedom, two Peabody Awards and over 40 honorary degrees. 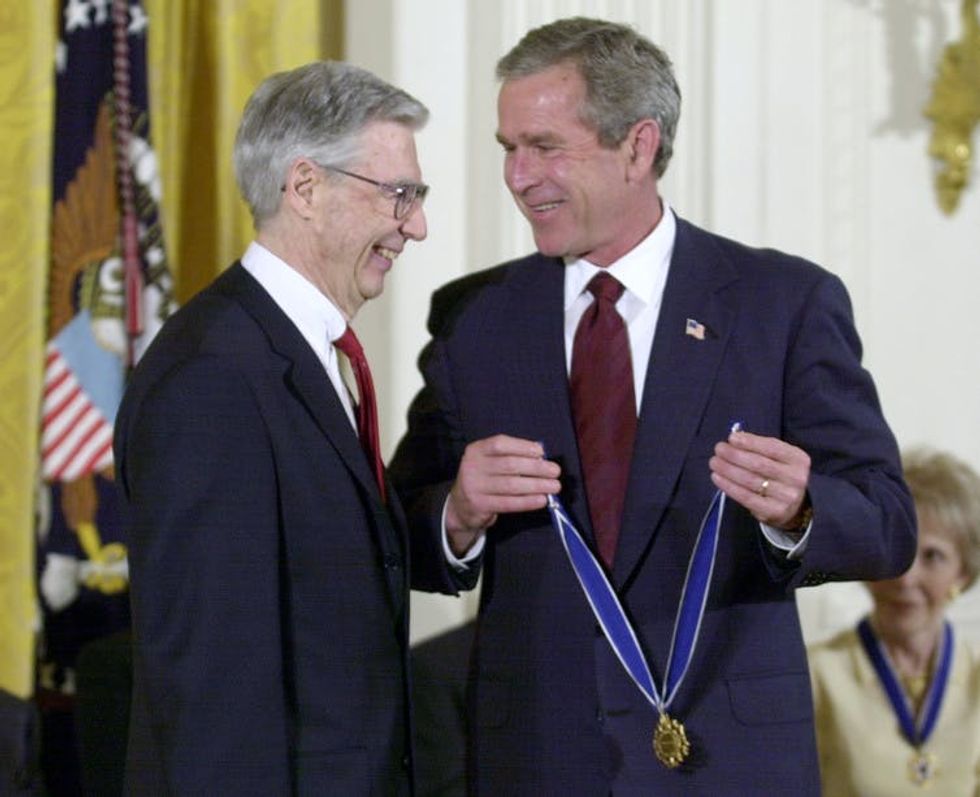 Fred Rogers with President George W. Bush, who is about to place the Presidential Medal of Freedom on Rogers in a July 9, 2002, ceremony.

Rogers believed that the need to love and be loved was universal, and he sought to cultivate these capacities through every program, saying in a 2004 documentary hosted by actor Michael Keaton, one of his former stagehands, “You know, I think everybody longs to be loved, and longs to know that he or she is lovable. And consequently, the greatest thing we can do is to help somebody know they’re loved and capable of loving.” It turns out that in encouraging people to love one another, Rogers was actually helping us take better care of ourselves.

There are many ways in which love and kindness are good for health, especially in such difficult times. For one thing, they tend to reduce factors that undermine it. Doing something nice for someone causes the release of endorphins, which help to relieve pain. People who make kindness a habit have lower levels of stress hormones such as cortisol. Intentionally helping others can even lower levels of anxiety in individuals who normally avoid social situations.

Carrying out acts of kindness, or even merely witnessing them, also increases levels of oxytocin, a hormone with health benefits as diverse as lowering blood pressure, promoting good sleep and reducing cravings for drugs such as cocaine and alcohol. Who wasn’t touched and uplifted by the news that one of the nurses treating the shooter is Jewish, and that the Jewish president of the hospital where he was treated stopped in to check on him?

Dr. Jeff Cohen, president of Allegheny General Hospital and a member of Tree of Life synagogue.

That oxytocin should have so many health benefits is not so surprising when we recall its central role in stimulating uterine contractions during birth, the letdown of milk during lactation, the pleasure associated with orgasm and pair bonding.

Acts of generosity and compassion also appear to be good for mood. A 2010 study showed that while people with money tend to be somewhat happier than those without it, people who spend money on others report even greater levels of happiness, an effect that can be detected even in toddlers. When people give money to others, areas of the brain associated with pleasure are activated, and this response is greater when the transfer is voluntary rather than mandatory.

Such happiness can have big benefits in longevity. For example, a review of 160 published studies concluded that there is compelling evidence that life satisfaction and optimism are associated with better health and enhanced longevity. Another study of older people showed that, even after correcting for other factors such as age, disease and health habits, those who rated their happiness highest were 35 percent less likely to die in five years than those who were least content.

What would Mister Rogers say?

Of course, Rogers would remind us that there are reasons to be committed to love and kindness that extend far beyond their health benefits. Rogers was, after all, not a physician but a minister, and ultimately he was ministering to an aspect of human wholeness that cannot be analyzed by blood tests or visualized with CT scans. In a commencement address at Dartmouth College in 2002, he focused less on the body than what he might have called the spirit:

“When I say it’s you I like, I’m talking about that part of you that knows that life is far more than anything you can ever see or hear or touch. That deep part of you that allows you to stand for those things without which humankind cannot survive. Love that conquers hate, peace that rises triumphant over war, and justice that proves more powerful than greed.” 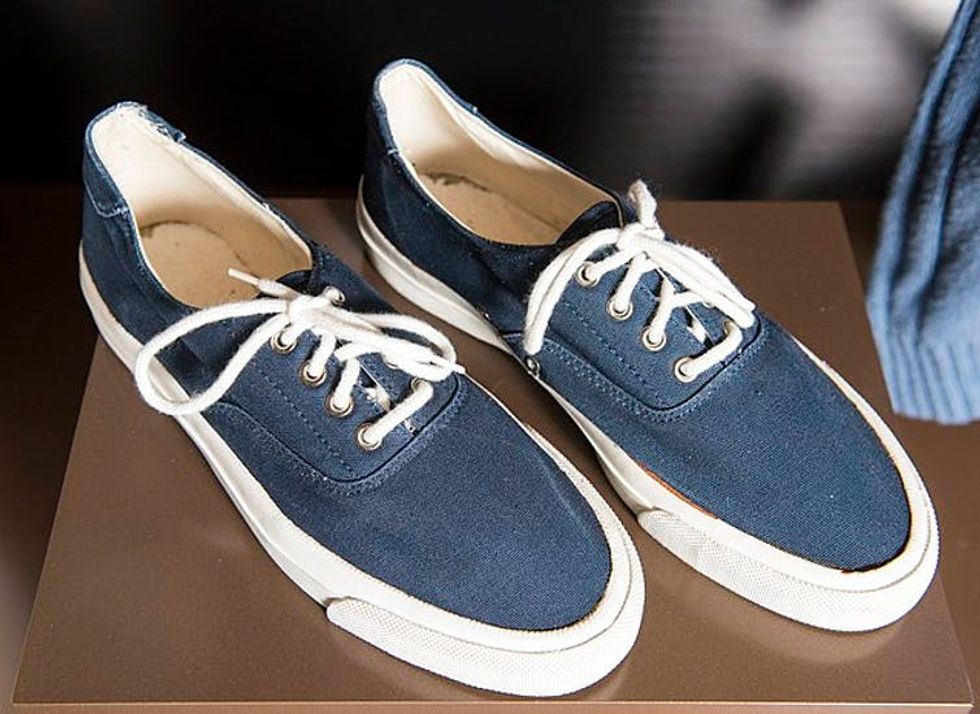 A pair of Mister Rogers’ sneakers at the LBJ Library exhibition to celebrate the 50th anniversary of Pres. Johnson signing the public broadcasting act in 1967.

When Rogers encouraged children to be kinder and more loving, he believed that he was not only promoting public health but also nurturing the most important part of a human being – the part that exhibits a divine spark. As Rogers indicated in another commencement speech the year before at Middlebury College, “I believe that appreciation is a holy thing, that when we look for what’s best in the person we happen to be with at the moment, we’re doing what God does; so in appreciating our neighbor, we’re participating in something truly sacred.”

In expressing such deeply religious sentiments, Rogers was not trying to undermine a concern with bodily health. In fact, he regularly encouraged his viewers to adopt healthy life habits, and Rogers himself was a committed vegetarian and lifelong swimmer who maintained a low body weight his entire life. Yet he also believed that health alone does not a full life make, and he regarded the soundness of the body as but part of the wellness of whole persons and communities, which may explain why he was able to face his own mortality with such equanimity.

Rogers’ message could not be more relevant to a time of mass shootings driven by blind hatred. Just a few months before he died, Rogers recorded a message for the many adult fans who had grown up watching “Mister Rogers’ Neighborhood.” In it, he practiced what he preached, saying:

“I would like to tell you what I often told you when you were much younger. I like you just the way you are. And what’s more, I’m so grateful to you for helping the children in your life to know that you’ll do everything you can to keep them safe. And to help them express their feelings in ways that will bring healing in many different neighborhoods. It’s such a good feeling to know that we’re lifelong friends.”

Editor’s note: This is an updated version of an article that was published June 8, 2018.

Conspiracy theorist Alex Jones was repeatedly impeached by attorneys for Sandy Hook parents who are suing him for defamation.

At a trial in Texas on Wednesday, Jones took the stand for the second day in his own defense. A jury is being asked to decide how much Jones will have to pay in damages after he was found guilty of defamation.

The co-hosts of "The View" began their Wednesday with a conversation about abortion and religion after Kansas voters rejected a ballot measure that could have eliminated the state's constitutional rights for women.

The group welcomed back conservative Christian Elisabeth Hasselbeck, a former co-host of the show, who returned to promote her 2021 children's book.

Maryland’s Court of Appeals has suspended a lawyer after she sent a client an antisemitic letter, The Daily Record reports.

The lawyer, Amber L. Maiden, says the decision to suspend her is racist and sexist.