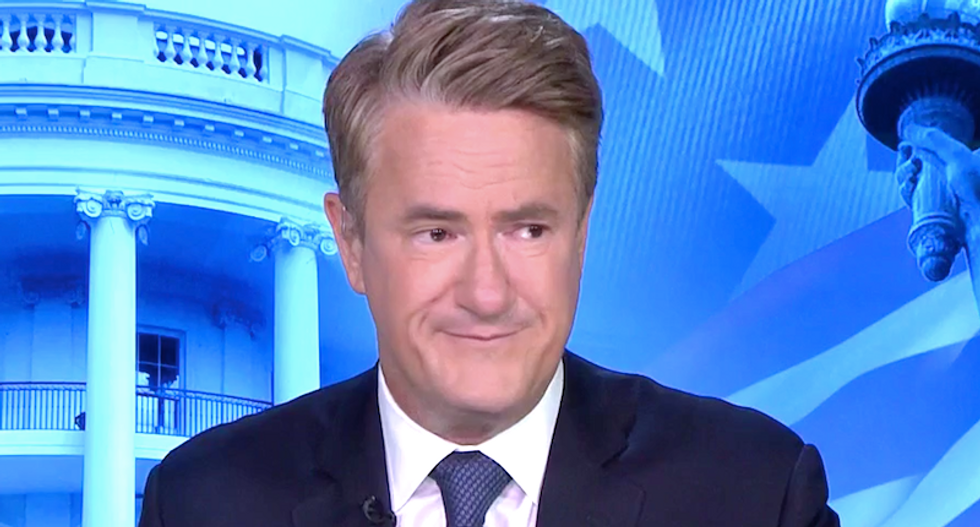 Taking to the pages of the Washington Post, MSNBC host Joe Scarborough blasted his former party for falling in line with President Donald Trump and appealing to the low-information voters who can't see through their cynical and obvious lies.

According to the former Republican congressman from Florida who now hosts Morning Joe, voters are bailing on the GOP because they can see through candidates who began by lying about their stance of healthcare only to switch to appeals of naked racism when exposed for their hypocrisy.

"It has been fascinating this week to watch Trump Republicans running scared whenever the subject turns to health care," Scarborough stated before using an awkward viral moment involving Arizona Rep. Martha McSally (R) speaking to the press as a telling example.

"[As] McSally faced reporters’ questions about the topic, she comically suggested that health care was irrelevant to voters and instead claimed that Arizonans cared more about the 'caravan' conspiracy theory cooked up by Trump and his right-wing cheerleaders," Scarborough wrote. "McSally’s deer-in-the-headlight moment captured perfectly the GOP’s attempt to distract voters from their record on health care by resorting to racist scare tactics."

According to the MSNBC host, "Is it any wonder that Trump Republicans are so desperate to change the subject from health care? After all, how do you face voters knowing that your primary political goal in Washington has been to wipe out health-care guarantees so multinational corporations and Mar-a-Lago billionaires can fatten their bank accounts and pour even more money into their children’s trust funds?"

"Voters are finally on to the GOP," he advised. "That’s why endangered Republican candidates are changing the subject from health care in America to migrant families in Guatemala. Scott, McSally and scores of desperate candidates have decided to follow America’s most famous birther by playing to voters’ worst instincts. With their congressional majorities on the line, Republicans are frantically trying to stoke fear of 'others.'"

Stating the overt appeal to racism "obviously polls well among low-information voters who have already forgotten that the last such 'invasion' from Central America only resulted in a few dozen arrests," Scarborough lowered the boom on his former political home.

"Facts stopped mattering to my former political party a long time ago," he wrote. "Instead, Trump’s party is betting its congressional majority on the cynical belief that racism in America is such a toxic force that voters will throw away their families’ health-care protections in response to a phony conspiracy theory cooked up in the diseased minds of radicals and race-baiting politicians."