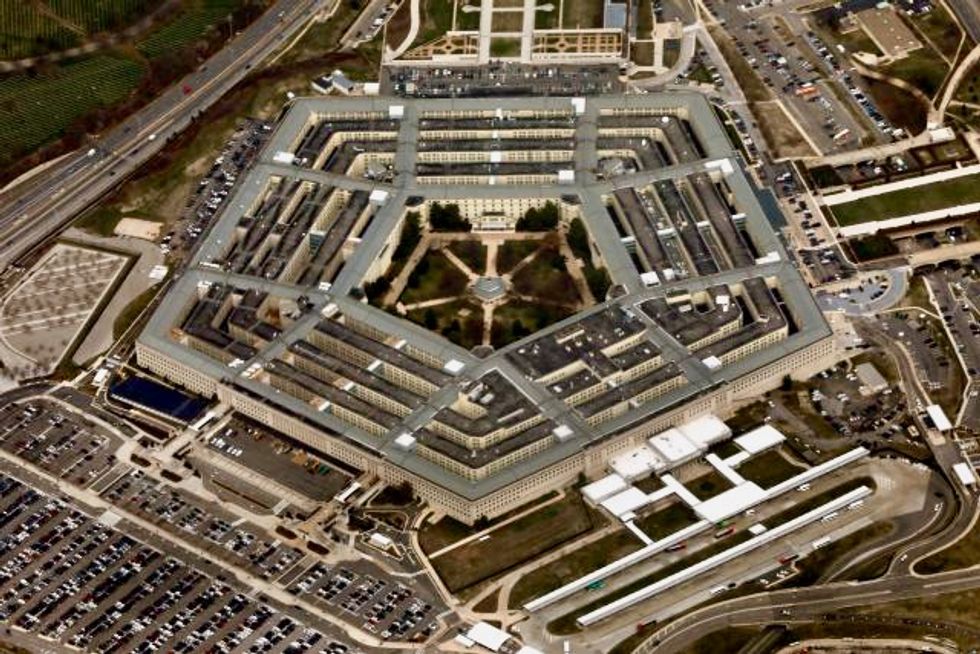 FILE PHOTO: The Pentagon in Washington, U.S., is seen from aboard Air Force One, March 29, 2018. REUTERS/Yuri Gripas/File Photo

The Pentagon said on Tuesday it had received mail suspected of containing the deadly poison ricin, including an envelope that a U.S. official said was addressed to Defense Secretary Jim Mattis.

The Pentagon said in a statement it had put its mail facility under quarantine and that the FBI was analyzing the envelopes.

U.S. officials, speaking on condition of anonymity, said the envelopes initially tested positive for ricin after being detected by Pentagon police on Monday at a mail sorting facility.

The facility is on the Pentagon compound but not in the main building.

Ricin is found naturally in castor beans but it takes a deliberate act to convert it into a biological weapon. Ricin can cause death within 36 to 72 hours from exposure to an amount as small as a pinhead. No known antidote exists.

U.S. government building have sporadically received packages with suspected ricin, including in 2013, when ricin-laced letters were addressed to a U.S. senator, the White House and a Mississippi justice official.

Shortly after the Sept. 11, 2001 attacks in New York and Washington, letters containing another deadly substance - anthrax spores - were mailed to the Washington offices of two senators and to media outlets in New York and Florida.