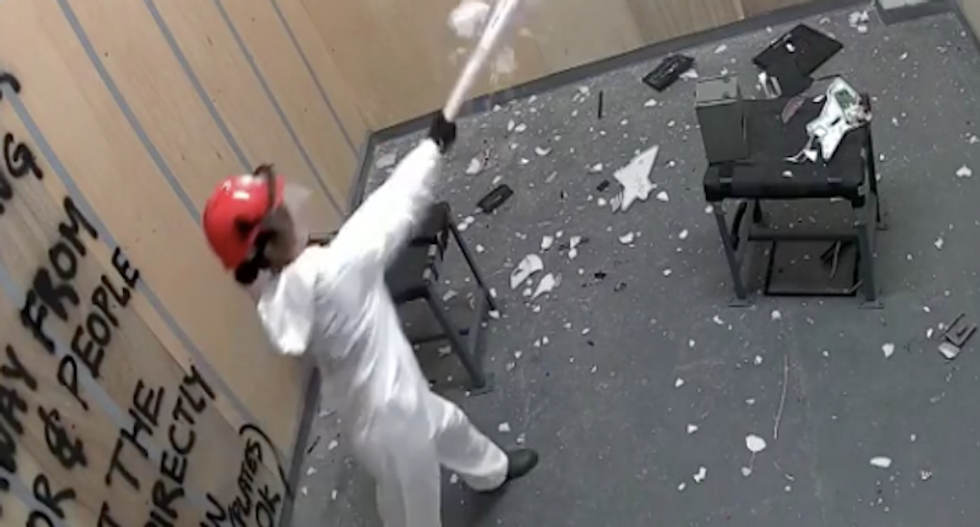 Rage rooms are popping up in cities across the U.S., giving paid customers a chance to take out their anger on inanimate objects with baseball bats and sledgehammers.

The Wrecking Club opened last year in Manhattan, followed last month by a nearby space called the Rage Cage, and rage rooms are popping up in Dallas, Chicago, Atlanta, Los Angeles, Las Vegas and other cities, reported Vox.

The lowest rate at the Wrecking Club is $79.99, and paying customers can choose to smash electronics, furniture, dishes and other items in a private room that, according on one New York Times reporter, combine the aesthetics of "CBGB’s basement circa 1977" with a "Stasi interrogation room."

Wrecking Club patrons must wear closed-toe shoes, goggles, gloves, long sleeves and helmets -- but they're otherwise unsupervised and free to destroy what they want, however they want.

The Rage Cage offers 25 minutes of destruction for just $44.99, although there aren't as many breakable items, and rooms are outfitted with mounts to allow customers to record themselves with cell phones.

"Perhaps — related to the political discussions about rage and who’s permitted it — the utility of rage rooms varies depending on who’s doing the raging," wrote Sophie Haigney for Vox. "For many women, it’s a chance, albeit an expensive one, to play a character of sorts: the frat bro, the Keurig smasher. But for others, it might be a kind of sinking into the darkness of real rage."