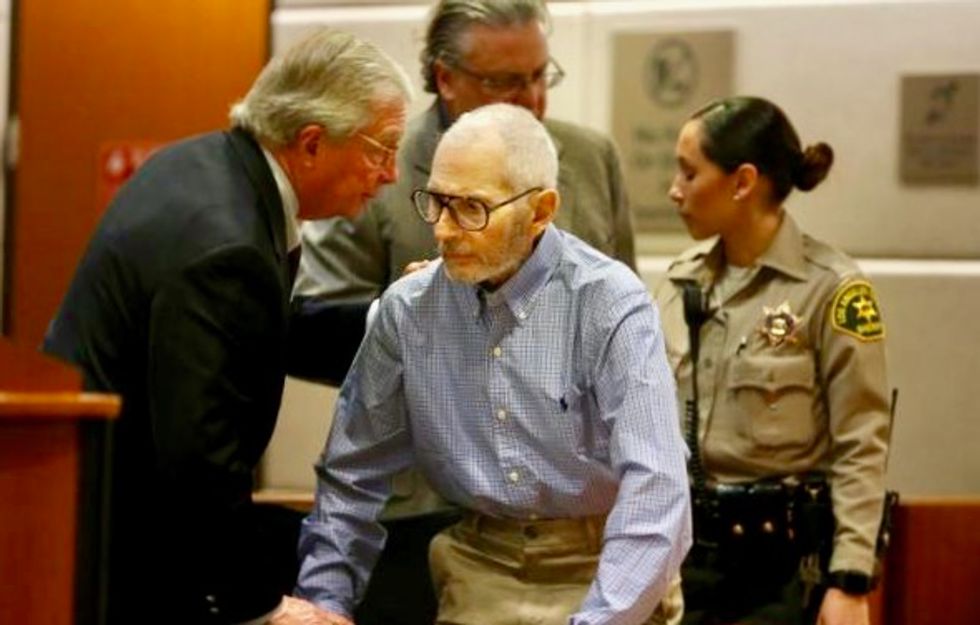 Los Angeles prosecutors sought on Tuesday to use comments made by Robert Durst praising a feature film based on his life as evidence in the murder case against him, saying the remarks represented admissions of his guilt.

Durst made the statements to the director of the 2010 film “All Good Things,” starring Ryan Gosling and Kirsten Dunst, in conversations that ultimately gave rise to a six-part HBO documentary about his possible involvement in three killings.

“When defendant was asked on camera about his feelings about a film which had alleged that he had murdered three people and a dog, he responded not with denials but by stating, ‘I feel the movie was very, very, very close in much of the ways about what pretty much happened,’” Los Angeles prosecutor John Lewin wrote in court papers.

A hearing began earlier this month in Los Angeles Superior Court to determine if Durst, 75, should stand trial for the murder of his friend Susan Berman.

Berman, 55, was found dead at her home in the Benedict Canyon neighborhood of Los Angeles on Dec. 24, 2000, after police reopened an investigation into the disappearance 18 years earlier of Durst’s wife, Kathleen.

Prosecutors say Durst killed Berman because she could implicate him in the murder of his wife.

Durst, the grandson of a wealthy New York real estate tycoon, has pleaded innocent to Berman’s murder and denies involvement in his wife’s 1982 disappearance, for which he has never been charged. The body of Kathleen Durst has never been found.

Durst was charged in 2003 in the murder of his neighbor Morris Black, whose dismembered remains were found floating in Galveston Bay in Texas.

Although he admitted cutting up Black’s body, Durst was acquitted after his attorney argued that he killed the older man in self-defense. Durst later pleaded guilty to evidence tampering and jumping bond.

Durst’s attorney, Dick DeGuerin, could not be reached by Reuters for comment on Tuesday.

In the court papers, prosecutors say Durst contacted “All Good Things” director Andrew Jarecki after seeing the film, saying that he enjoyed it and agreeing to be interviewed for the DVD release.

Jarecki ultimately conducted some 20 hours of interviews with Durst over the next several years, forming the basis for a 2015 documentary titled “The Jinx: The Life and Deaths of Robert Durst.”

Durst was arrested in New Orleans on March 14, 2015, on murder charges the day before the final episode of “The Jinx” aired.