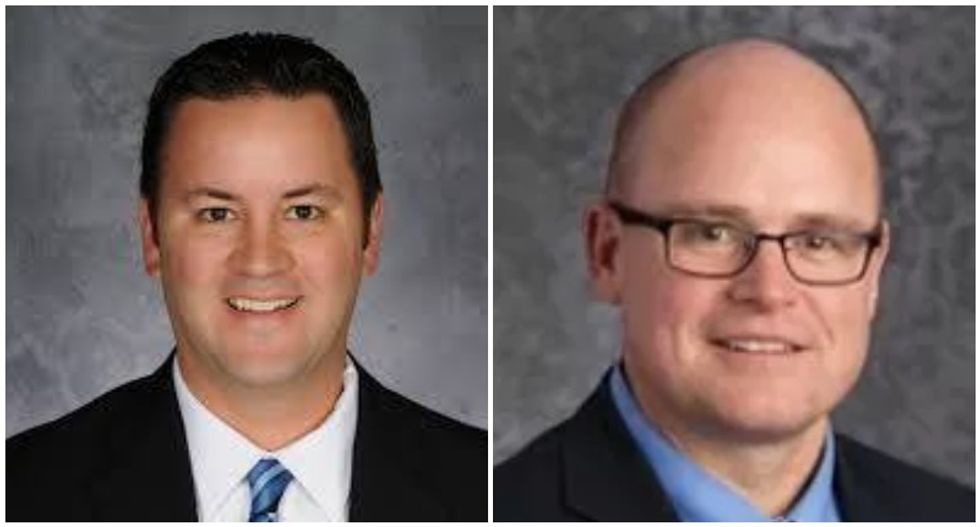 Another racism controversy has roiled an Ohio high school for at least the fourth time this year, after the principal's repeated use of a racial slur was revealed in a recording.

Kings High School Principal Doug Leist used the word "n*ggers" in a staff meeting earlier this year, and then said another version of the slur multiple times to a black student months later, reported the Cincinnati Enquirer.

At least one person formally objected to Leist's use of the slurs, and he did not deny using them, but Superintendent Tim Ackermann declined to discipline the principal in either case.

He can be heard on a recording of the meeting using the slur after mentioning a Confederate flag during a conversation about inappropriate social media activity, and he told staffers they were responsible for confronting racism.

Despite the context, some employees of the suburban Cincinnati school were upset by Leist's use of the slur.

"I am floored," one employee wrote. "How are parents with non-White students supposed to feel comfortable with their kids in his care?"

A few weeks later, a black janitorial worker found a rope hanging from a Dumpster and feared it was meant to intimidate her.

Leist used the slur again in late September during a private discussion with a black student about a dance routine he had planned for a pep rally.

"Does the song say 'n*gga'?" Leist said, according to the student.

The student left and later returned with a friend, and they said the principal used the same word three times during their conversation.

"He could've easily said 'the N-word' or 'inappropriate language' and I would have got the point," the student said in an email obtained by the Enquirer.  "I was extremely uncomfortable."

Ackerman, the superintendent, defended Leist and his use of racial slurs, which both school administrators insist was intended to convey inappropriate language.

"We're learning that even using it specifically, there were still people offended by it, and we have to learn from that," Ackermann said.

Ackerman said he conducted investigations into both incidents himself because he "had all the facts," and he said he and Leist had met with the student and his mother earlier this month.

"At the end we talked it all out," Ackerman said. "It helps show Doug's not racist."

Reporters asked Leist, who oversees a school in a district that's about 88 percent white, whether he would ever use the racial slur again -- but he stopped short of making that assurance.

"I can absolutely say this: I would never intend to hurt someone," Leist said.