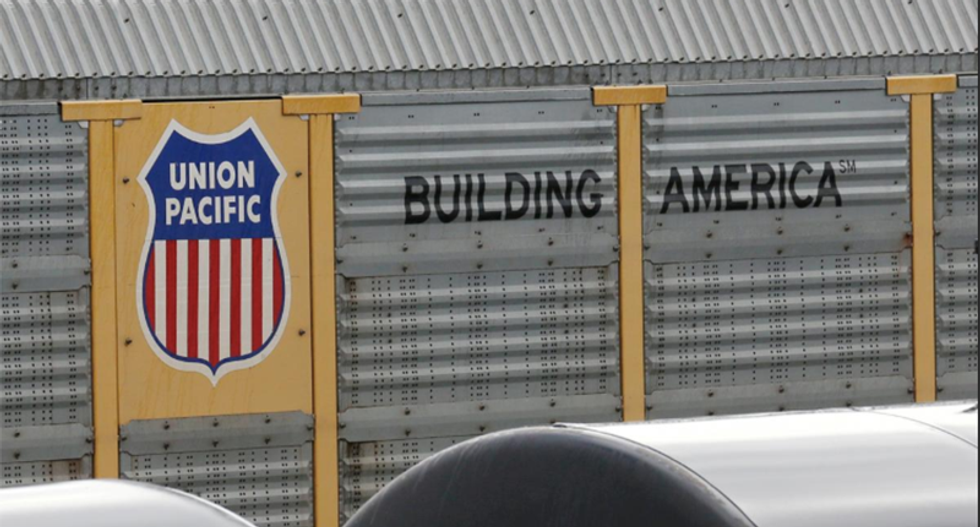 Railroad operator Union Pacific Corp (UNP.N) said on Tuesday it would cut 475 jobs in the fourth quarter and signaled more workforce reductions to come as it seeks to boost profitability by the end of 2020.

Union Pacific, which connects 23 states in the western two-thirds of the United States, in April warned it was unlikely to achieve its profitability target in 2019 due to service problems and congestion on its rail network.

At year-end, the railroad had nearly 42,000 employees, about 85 percent of whom were represented by 14 major railroad unions.

The latest staff reductions will be across the network and affect both union and non-union workers. Union Pacific said the cuts are “the first of what likely will be additional workforce reduction initiatives through 2020.”

Additional cost-cutting efforts include consolidating a variety of operations and selling Selma Farm, a corporate retreat it acquired as part of its 1986 merger with Missouri Pacific.

“These steps are part of reducing our general and administrative support structure by roughly 30 percent by 2020,” Chairman Lance Fritz said in the memo to employees.

Union Pacific is scheduled to release third-quarter results on Thursday.

The company aims to reduce its operating ratio, a measure of operating expenses as a percentage of revenue and a closely watched gauge of railroad performance, to at least 60 percent by the end of 2020. Railroads boost profits by lowering their operating ratio.

Union Pacific’s second-quarter operating ratio was up 1.1 points to 63 percent versus a year ago, due to higher fuel and labor costs.

The company on Oct. 1 rolled out a “Precision Scheduled Railroading” plan to improve efficiency and ease congestion.

That strategy was pioneered by the late Hunter Harrison, who led the turnarounds of two Canadian railroads before joining CSX Corp (CSX.O) last year.

CSX executives stuck with the strategy after Harrison’s death in December. Last week, CSX reported an operating ratio of 58.7 percent for the third quarter.

Union Pacific and Berkshire Hathaway-owned BNSF are the largest U.S. freight rail operators with annual revenues of more than $20 billion each.