US lottery jackpots climb to $2.2 billion combined after no winners 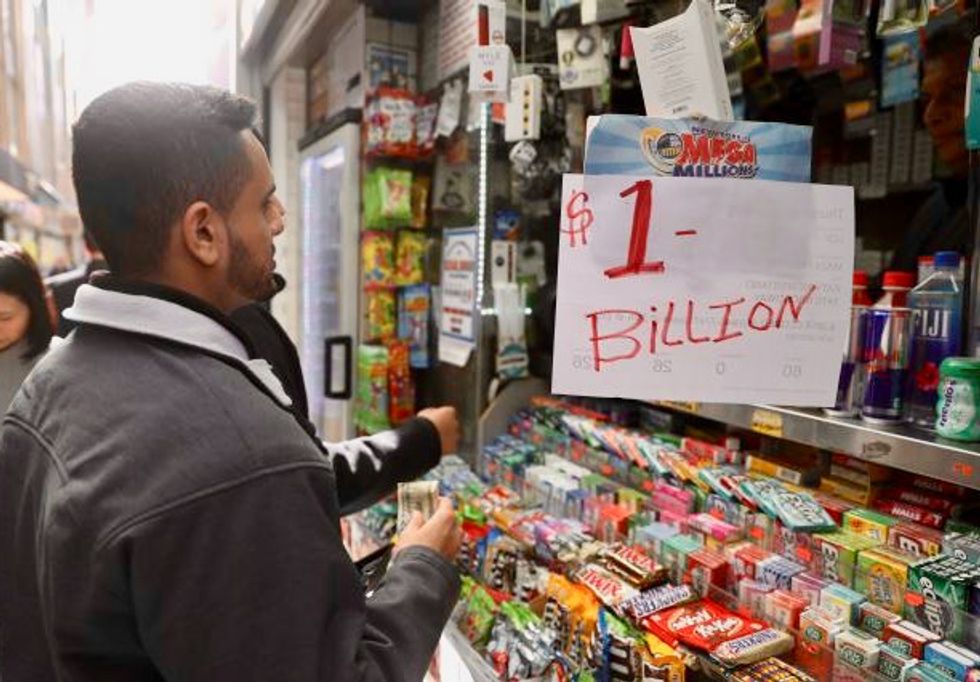 Who wants to be a billionaire?

For $2 a ticket, you have chance to be among the richest people in the world if you beat the longshot odds of 1 in 303 million to win the Mega Millions lottery jackpot of $1.6 billion Tuesday night.

The sum reached a world record for lottery jackpots after there were no winners claimed a $1 billion prize on Friday.

It is so much money that if you had it all in $100 bills, you could make a stack about as high as the World Trade Center in New York city, the lottery’s website said.

“Mega Millions has already entered historic territory, but it’s truly astounding to think that now the jackpot has reached an all-time world record,” Gordon Medenica, lead director of the Mega Millions Group, said in a statement.

But you are more likely to get killed by a shark than win, with odds of a shark attack at 1 in 3.7 million, according the Tucson, Arizona-based International Wildlife Museum.

After taxes, the cash value of the Mega Millions prize will be an estimated $904 million, which is greater than the gross domestic product of countries including South Africa, Columbia and Switzerland, according to 2017 figures from the World Bank.

Wednesday’s Powerball lottery prize stands at an estimated $620 million, making it the fifth largest jackpot in U.S. history, officials said, after no one got all six numbers in Saturday’s drawing.

The lump sum cash payout is estimated at $354.3 million.

The current Mega Millions jackpot beats the previous record, a $1.586 billion jackpot for a Powerball drawing in 2016, said Seth Elkin, a spokesman for Mega Millions.

If there is more than one winner, the jackpot would be shared, as happened when the previous Mega Millions record of $656 million was drawn in March 2012 and was divided between winners in Kansas, Illinois and Maryland, a lottery official said.