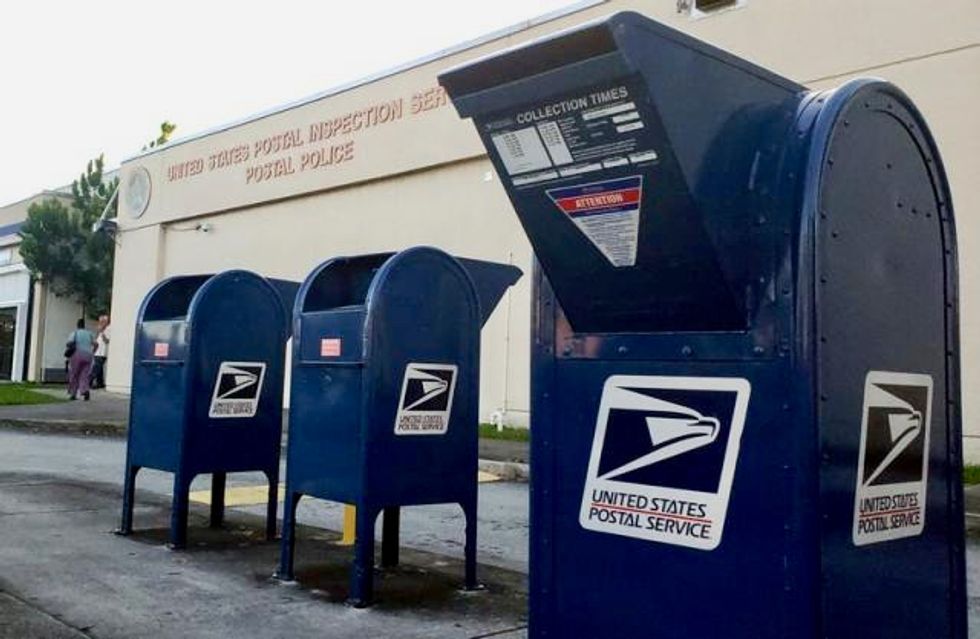 The arrest on Friday of a man accused of mailing at least 14 explosive devices to prominent Democrats and critics of U.S. President Donald Trump has prompted concern about how the U.S. Postal Service screens against deadly deliveries.

“We’ve got to do a better job of screening the mail,” New York Governor Andrew Cuomo told CNN after Cesar Sayoc, 56, was arrested in Florida. Sayoc was charged with five federal crimes including threats against former presidents and faces up to 48 years in prison if found guilty.

The Postal Service does not screen most of the mail, Joe Bellissimo, a retired postal inspector, said in a phone interview from Pittsburgh.

“We call it the sanctity of the seal. It’s protected under the Constitution,” he said. “Unless there is something exigent about that mail, you can’t go around scanning everything.”

The sanctity of the seal, a longstanding principal for the postal service, is intended to protect the privacy of communications.

Postal workers use hand-held screening devices to get an image of what’s inside suspicious packages, he said.

“All of our (Postal Service) employees are trained to see these (suspicious) packages,” said Bellissimo, who now works at the Pittsburgh-based security training firm Inpax.

“They’re trained to find it, but if you find one it’s almost a lucky event,” Bellissimo said.

The U.S. Postal Inspection Service said it combines specialized technology, screening protocols and employee training to screen for dangerous mail. It also has a forensic laboratory in Dulles, Virginia, according to its website.

Authorities believe the packages, which were intercepted before reaching their intended recipients, all went through the U.S. Postal Service at some point, a source said. None detonated and no one has been hurt.

But mail bombs are rare, the inspection service said on its website. The service investigates 16 mail bombs a year on average, while processing 170 billion pieces of mail.

The Postal Inspection Service said its teams nationwide have portable X-ray machines but declined to provide more details about its methods for security reasons.

The packages sent to the Democratic leaders bore many of the hallmarks the postal service warns can indicate bombs, such as excessive postage, wrong addresses and irregularly shaped parcels with bulges.

Errors in some of the labeling led to at least one of the packages being returned to the false “sender” address listed on several of them - the South Florida office of U.S. Representative Debbie Wasserman Schultz, who formerly chaired the Democratic National Committee.

The postal service installed biological detection systems in its offices following those attacks, conducting more than 7 million tests since then, with “not one positive or false positive result,”, the inspection service website says.

Saying its members were concerned for their safety, the union that represents postal workers noted that more devices could still be in the mail stream and said the postal service was scheduling nationwide safety talks on dealing with suspicious packages.