'We will kill you': Viral video appears to show Proud Boys founder calling for Trump supporters to commit violence 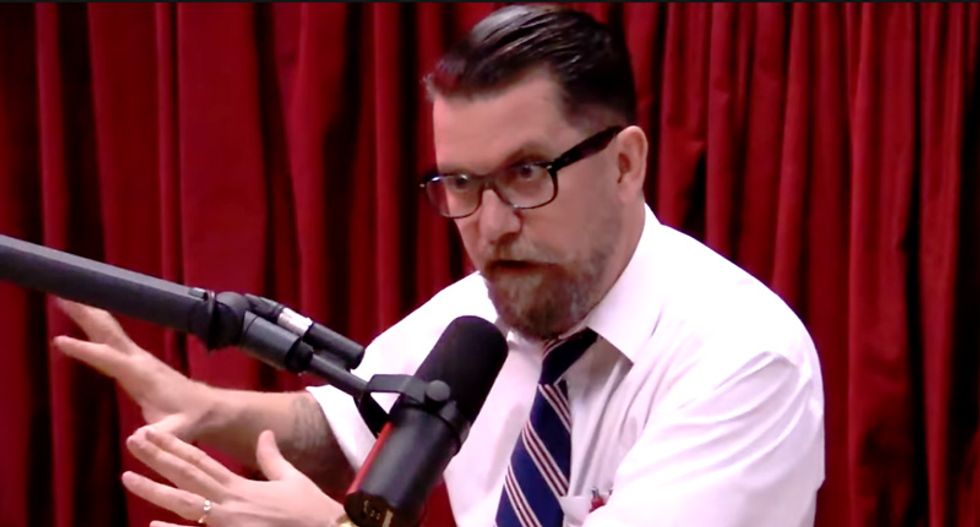 A video that appears to show far right extremist Gavin McInnes calling for violence has gone viral overnight with over 185,000 views on Twitter in just 15 hours.

In the video compilation (below), McInnes can be heard describing the men's group he founded, Proud Boys, which the Southern Poverty Law Center has designated as a hate group.

"I started this gang called the Proud Boys," McInnes says in the beginning of the video.

"We will kill you," he says in the next segment of the edited video. "That's the Proud Boys in a nutshell."

To be clear, McInnes appears to make some, but possibly not all, of the statements below. It is unclear, due to the video's editing, if McInnes or someone else is making some of the statements. The video was posted to Twitter by Vic Berger, whose website says he is a video editor. (NCRM has reached out to Berger for clarification.)

McInnes is known as the co-founder of VICE Media, and now has a talk show on CRTV. He is also a Fox News guest.

Here are a few excerpts:

"Like Bill the Butcher and the Bowery Boys, we will assassinate you."

"If you're wearing a MAGA hat and some guy with a slightly punk demeanor says, 'Hey, are you ... pro-Trump?' choke him. Trust your instincts."

"Don't listen to what he has to say, choke him."

"Can you call for violence generally? 'Cause I am."

"Fighting solves everything. We need more violence from the Trump people."

"Trump supporters: Choke a motherfucker. Choke a bitch. Choke a tranny. Get your fingers around the windpipe." (Better clip of this statement here.)

"Get a fucking gun."

"Get ready to blow someone's fucking head off."

"Get in trouble. Get arrested. Get fired. They can't kill us all."

MSNBC's Chris Hayes on Thursday examined the campaign finance scandals by Rep. Lauren Boebert (R-CO) and compared it with the corruption practiced by Viktor Orbán, the right-wing authoritarian ruling Hungary.

Hayes described some of the corruption allegations against Orbán, saying it is "a story as old as the time, stuffing his own pockets, one of the oldest grifts, the populist who uses populism as a cover for corruption."