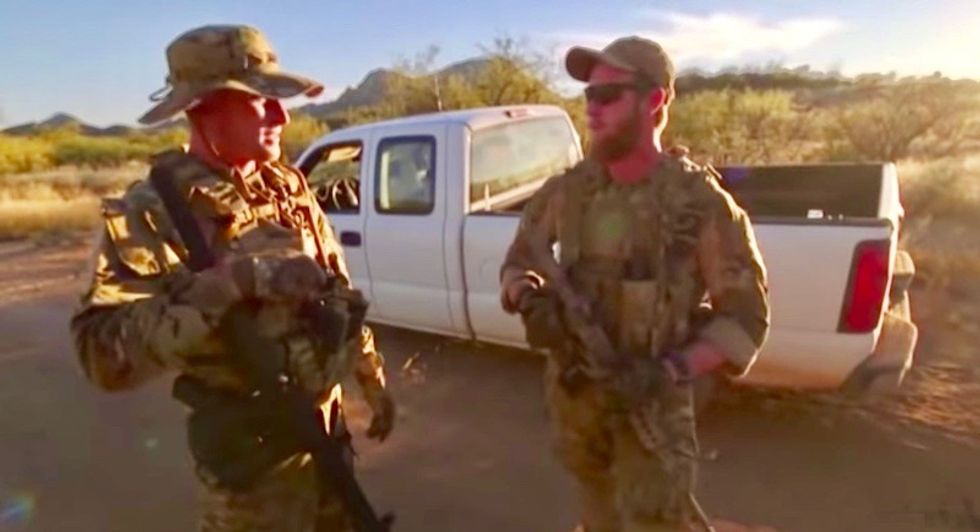 Donald Trump has been warning about a so-called "caravan" of migrants making their way to the United States for the past few weeks.

While reporters say the group is made up of impoverished asylum seeking families, Trump has warned that there are "unknown middle easterners" and gang members in the group.

Trump's words have been "a call to arms" to the border to try and stop the "invasion," the Washington Post reports.

The Post interviewed Shannon McGauley, a bail bondsman from Dallas who leads a group called the Texas Minutemen, which is traveling to the border with weapons and camping gear, plus night-vision goggles and aerial drones with thermal sensing equipment to stop the impoverished asylum seekers.

The group has "100 volunteers en route to the Rio Grande," and he thinks more will soon join them.

“We’ll observe and report, and offer aid in any way we can,” he said.

But people who live in the era, most of whom are Republicans, don't want the armed militiamen around. They say they are dangerous and will not help.

Joe Metz has a section of border wall across his property.

“The militia just needs to stay where they are,” said Metz, a Republican. “We don’t need fanatical people. We don’t need anybody here with guns. Why do they have guns? I have dealt with illegals for 30 years, and all of them have been scared, asking for help. The militias need to stay up north where they belong. We have no use for them here. They might shoot someone or hurt someone.”