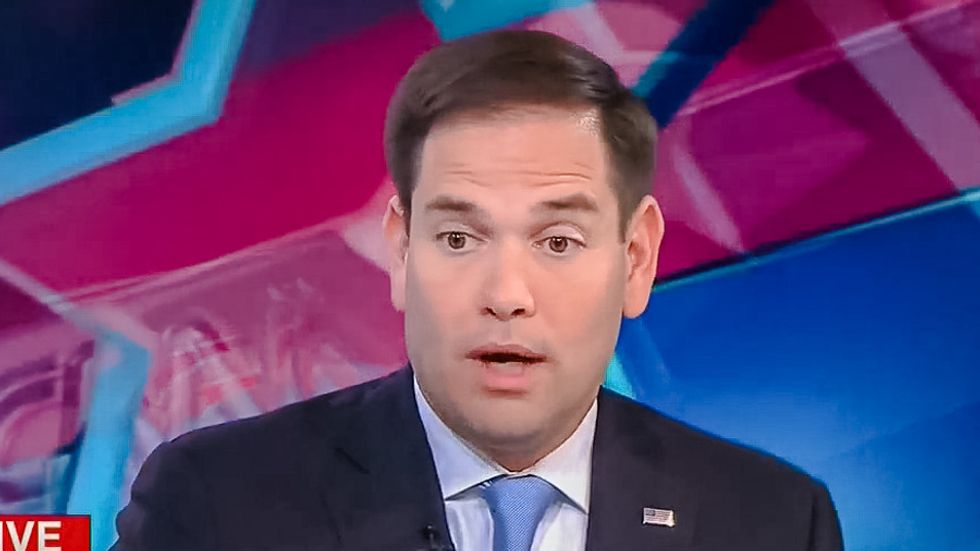 Florida Republican Senator Marco Rubio has gotten into the habit of commenting on the events of the day with an occasional morning Bible quote. It's his way of weighing in while telegraphing to his base that he's a strong religious conservative, but there are drawbacks.

Recently, Senator Rubio has been tweeting up a daily storm over Florida's Senate and governor races, both of which are now in a legally-forced recount because the vote count is so close.

On Friday, perhaps to offer his base some support from above, Rubio posted this biblical tweet:

But it is his stone-throwing conspiracy theory tweeting and dogged defense of GOP nominees Rick DeSantis, who is hoping to win the governor's race against Democrat Andrew Gillum, and Rick Scott, who is hoping to unseat Senator Bill Nelson, that has raised eyebrows – but drawn the support of President Trump.

Rubio has been on the attack for a week now, spreading rumors and sowing doubt about the validity of the Florida election system – exactly what Vladimir Putin was trying to achieve when Russia attacked the U.S. during the 2016 election.

That box turned out to be office supplies.

He's made clear he thinks lawyers for Democrats who are merely trying to ensure every vote is counted are trying to steal the election.

Thank you @marcorubio for helping to expose the potential corruption going on with respect to Election Theft in Bro… https://t.co/vrora0PL4x
— Donald J. Trump (@Donald J. Trump) 1541788740.0

But others have been less than impressed with Rubio's Bible quoting.

The attorney supervising the recount for Senator Bill Nelson turned the tables on Rubio Wednesday morning.

Sen. Rubio tweeted what was obviously his commentary on the Florida recount – which the GOP has been suing to halt entirely – by cherry-picking a Bible verse to support his thoughts.

A writer with bylines at New York Magazine, The NY Times, GQ, and The Washington Post praised Elias: