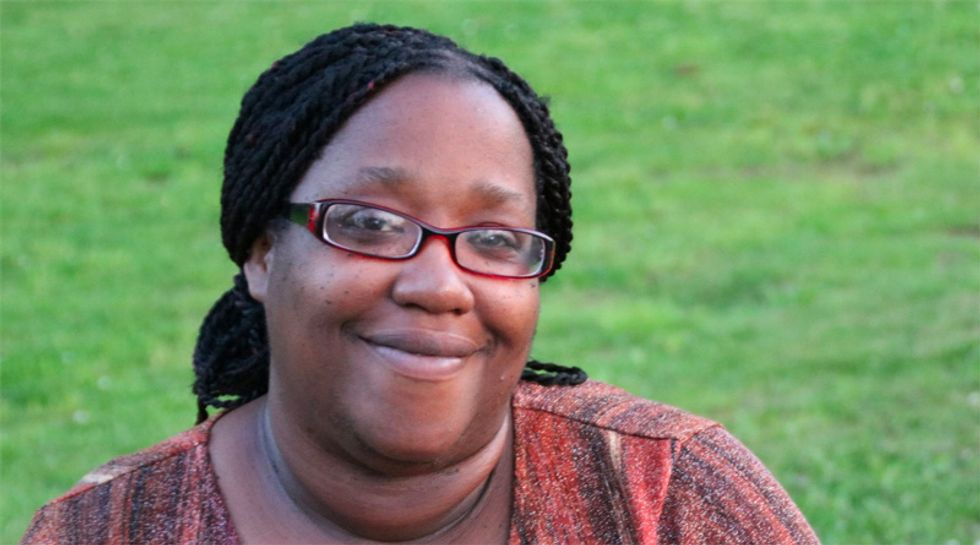 A black pastor running for a seat on the Connecticut legislature claims she was forced to send her team of door-knockers home last week after a state trooper first stopped her over a report about a break-in, then told her she needed a permit to campaign.

According to the Hartford Courant, Rev. Ernestine Holloway -- a Republican -- was campaigning with a team of 12 volunteers when they were stopped by the trooper despite the fact that they were sitting in a van emblazoned with a giant red, white and blue magnet that said “Ernestine Holloway for State Representative” on the side.

The trooper said they had a complaint that someone was trying to break into their house,” Holloway recalled. “I showed him who I was and explained we were campaigning when he asked if I had a peddler’s permit.”

She explained that she had a discussion with the law enforcement officer about the need for a permit before deciding it was best to send everyone home until she got it all straightened out by checking it out with officials at the town hall.

“I didn’t mind him asking me questions about an attempted burglary but why are you asking me if I have a peddler’s license? I’m not selling anything,” Holloway said, before explaining that she ended up getting the peddlers permit just to be safe.

GOP officials were incensed with how the reverend was treated.

“She was doing what every other candidate should have been doing: going door to door to meet voters,” state Republican Party Chairman J.R. Romano said in a statement, calling the whole incident "terrible."

According to Holloway, that was not her only interaction with a state trooper.

Campaigning with her permit in hand, she said she was knocking on doors the following day when another trooper approached her to see if her car had broken down.

“I was profiled, accused of breaking into someone’s house and stopped twice in two days for no reason,” Holloway said while pointing out that the second trooper had seen her pull up and get out of her car.

The reverend said she did not get the name of either trooper, however state police authorities said that the first incident is being reviewed.