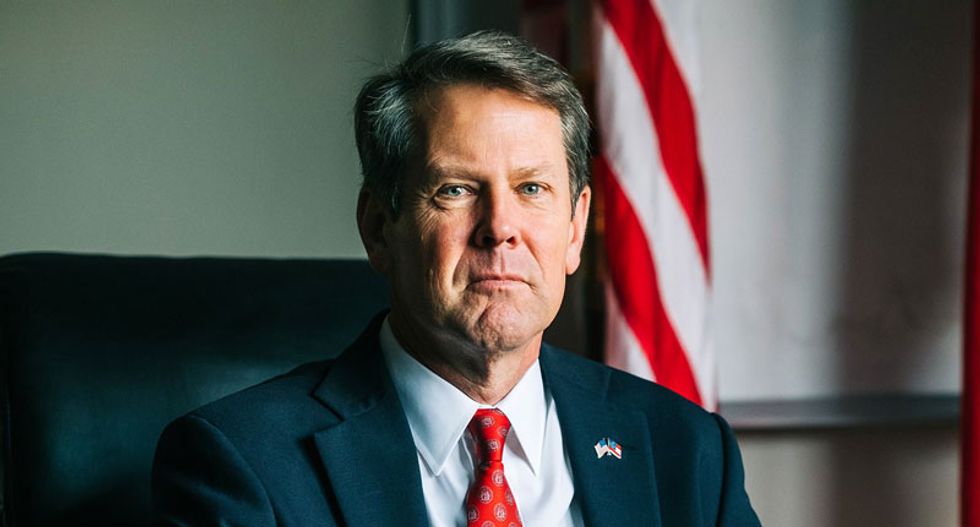 The state of Georgia is facing an economic boycott following the controversial election of Brian Kemp as governor.

Kemp, who oversaw the election as sitting Secretary of State, has been accused of massive voter suppression leading up to the election.

Ari Berman, the author of the 2016 book Give Us the Ballot: The Modern Struggle for Voting Rights in America broke down the scale of the alleged voter suppression by Kemp.

Now, some of the biggest stars in Hollywood are calling for a boycott of the state, which is known as "the Hollywood of the South."

"If Kemp wins in Georgia, Hollywood should put its money where its mouth is and pull all production out of the state," Rich tweeted.

Other stars and producers quickly took up the cause.

There are over 20 productions shooting in Georgia. Is the entertainment industry willing to support the economy o… https://t.co/UWRXMiqhjX
— Alyssa Milano (@Alyssa Milano) 1542428358.0

Hundred percent agreed. Billions of Hollywood dollars spent and created in GA. We can do something about this.… https://t.co/7l3nhuXN8v
— steven pasquale (@steven pasquale) 1541704201.0

So much hatred of Hollywood from @BrianKempGA & his supporters. Time to take the BILLIONS we sink into Georgia’s ec… https://t.co/IQ251ZkhdW
— Betsy Sullenger (@Betsy Sullenger) 1542410344.0