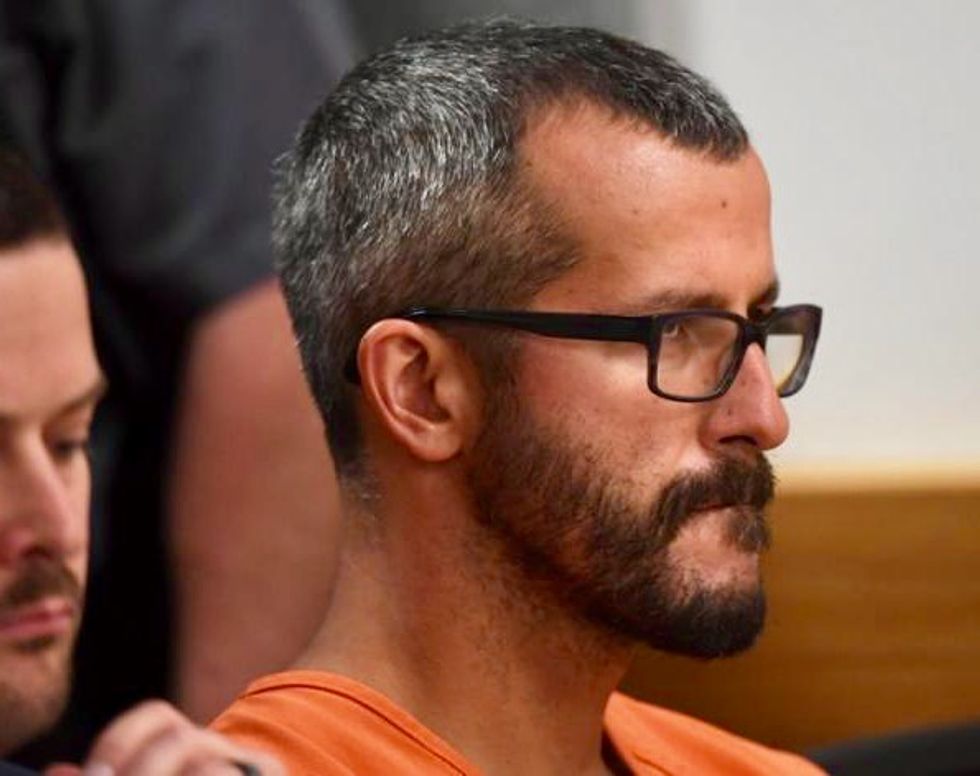 FILE PHOTO: Christopher Watts, facing nine charges including several counts of first-degree murder of his wife and his two young daughters, appears in court for his arraignment hearing at the Weld County Courthouse in Greeley, Colorado, U.S. August 21, 2018. RJ Sangosti/Pool via REUTERS/File Photo

A Colorado man pleaded guilty on Tuesday to charges of murdering his pregnant wife and two small daughters and dumping their bodies in an oil field, in an agreement that will spare him the death penalty.

Christopher Watts, 33, admitted in Weld County District Court to strangling his wife, Shanann, 34, and the couple’s two daughters, Celeste, 3, and Bella, 4, in August at the family’s home in Frederick, about 30 miles (48 km) north of Denver.

Watts pleaded guilty to charges of first-degree murder in the deaths of his wife and daughters and allegations that he killed the girls while in a position of trust. He also pleaded guilty to unlawfully terminating a pregnancy and tampering with the bodies of the three victims.

Under Colorado law, a first-degree murder conviction carries a mandatory life sentence without the possibility of parole.

Watts had faced the possibility of the death penalty if convicted, but under his plea agreement prosecutors pledged to not seek the death penalty, Steve Wrenn, chief deputy district attorney for Weld County, told the judge.

Watts initially told police he strangled his wife in a rage because, after the couple had argued, she killed their two girls. But in his guilty plea, Watts made it clear that he, and not his wife, had killed the girls.

Shanann Watts was 15 weeks pregnant when she died, according to court records.

After the mother and her daughters were reported missing in August, Christopher Watts went on multiple Denver television stations pleading for their safe return. The following day, Aug. 15, he was arrested for the murders.

Watts told detectives he was having an affair, according to an arrest warrant affidavit, and that he had loaded the bodies of his wife and daughters into his work truck and taken them to an oil field. The bodies were found the week Watts was arrested.