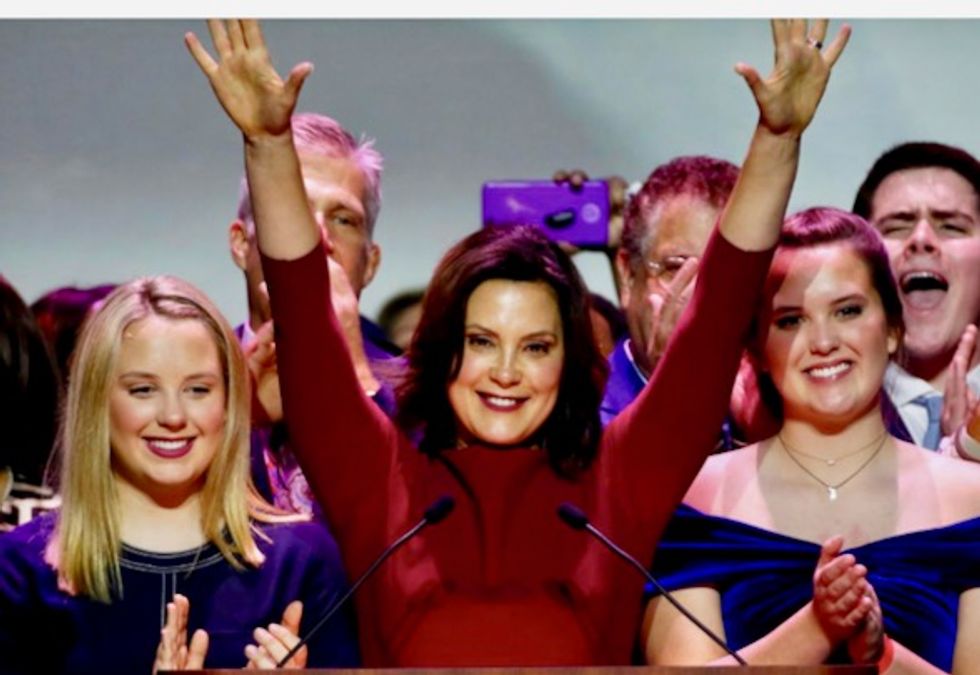 But the party is convinced it made important inroads in rural America - an argument supported by a Reuters analysis of election results.

Democratic sources cite wins in places like upstate New York, Iowa, Maine and Pennsylvania as evidence the party has found a populist platform that connects with those voters and could help it retake the White House in 2020.

The message, rooted in healthcare and economic inequality, was backed by research from Democratic groups such as the House Majority PAC and the Center for American Progress, a liberal think tank. They argued the party could reach working-class voters by focusing on economic opportunity for those without college degrees.

“We took a deep dive into their motivations and concerns in order to shape Democratic messaging and find a way back,” said Jeb Fain, a spokesman for House Majority PAC, which ran TV ads for candidates in Maine and New York.

As of Tuesday, Democrats had captured 36 seats in the House of Representatives, building a majority that will enable them to thwart Trump’s agenda and launch investigations into his administration. Republicans retained a majority in the Senate.

Beyond the victories, Democrats increased their share of the vote in dozens of the country’s most rural congressional districts, a Reuters analysis shows.

Compared to 2016 election results, they posted gains in at least 54 districts where the share of households in rural areas was at least 39 percent, or twice the national average, even though they only won a handful of the districts.

That could bode well for Democratic efforts to win the White House and retake the Senate in 2020.

In beating Democrat Hillary Clinton in 2016, Trump won Michigan, Pennsylvania and Wisconsin, with their combined 46 electoral votes, by less than 1 percentage point, or by a total of about 80,000 votes.

Priorities USA, a deep-pocketed Democratic advocacy group, plans to target Trump voters in the Midwest in 2020 who said they voted for a Democrat this year. According to the group’s internal research, it believes it can persuade between 15 and 30 percent of those voters to support the Democratic presidential candidate.

Democratic officials were encouraged by the election of Democratic governors Tony Evers in Wisconsin and Gretchen Whitmer in Michigan and Senator Amy Klobuchar’s victory in Minnesota, another state with a large rural population.

Whitmer, who emphasized fixing the state’s roads, won nine counties that went for Trump in 2016. Klobuchar, who may run for president, won more than 40 counties in Minnesota that supported Trump over Clinton.

Still, the road to Democrats’ new House majority mostly ran through cities and suburbs, while Republicans held on to the vast majority of rural districts they were defending.

Ford O’Connell, a Republican strategist who worked on John McCain’s presidential campaign, said Trump voters who backed a Democrat in 2018 easily could return to Trump in 2020.

“People want a check on the president,” O’Connell said. “These voters are very open to flipping back.”

FROM THE GROUND UP

Democrats say they will try to prevent that with new investments and organization in places they had once surrendered as unwinnable.

Officials at the Democratic National Committee say after Democrat Barack Obama won the presidency in 2008, the party became preoccupied with defending so-called battleground areas at the expense of the rest of the country, cutting it off from huge swaths of voters.

Tom Perez, chairman of the DNC, said the turnaround began last year with the surprise win by Doug Jones in an Alabama special Senate election - the first time a Democrat had won a Senate race in Alabama since 1992 - followed by Democrat Conor Lamb’s successful run earlier this year for a House seat in a rural Pennsylvania district long held by Republicans.

Those victories spurred greater investment in places such as Maine, where the party targeted the rural congressional district won last week by Jared Golden, and Georgia, where Democrat Stacey Abrams lost but ran a surprisingly competitive governor’s race.

Lamb’s victory provided a playbook for other rural Democrats such as Golden, Anthony Brindisi in upstate New York, and Richard Ojeda, who ran an underdog campaign in deeply rural West Virginia that drew national attention.

Although Ojeda ultimately lost, he generated the biggest pro-Democrat swing in the country for a House district from 2016 – boosting the Democrats’ share of the vote by 20 percentage points in one of the nation’s most ardently pro-Trump regions.

The candidates embraced some gun rights to avoid alienating rural voters, while advocating a working-class populism that argued the booming U.S. economy was not benefiting their regions.

Like Democrats in congressional races nationally, they supported coverage for preexisting medical conditions. The opioid epidemic was a prominent issue, dovetailing with voters’ concerns over a repeal of the Affordable Care Act.

“People of this district have historically elected moderates,” Brindisi told Reuters. “They want someone who will actively listen to their concerns and work with both sides in Congress to get something done.”

Perez also pointed to Beto O’Rourke’s Senate bid in Texas as a model for Democrats running in rural areas. O’Rourke campaigned in every county in the state and lost to Senator Ted Cruz, a Republican, by less than 3 percentage points.

There remains a question of whether Democrats can, or will, adapt their rural strategies to the upcoming presidential nomination battle, which is expected to draw more than a dozen candidates.

Much will depend on whether a moderate or liberal candidate emerges from the fight - or whether the party, as it did in several key House races, finds a balance between the two.