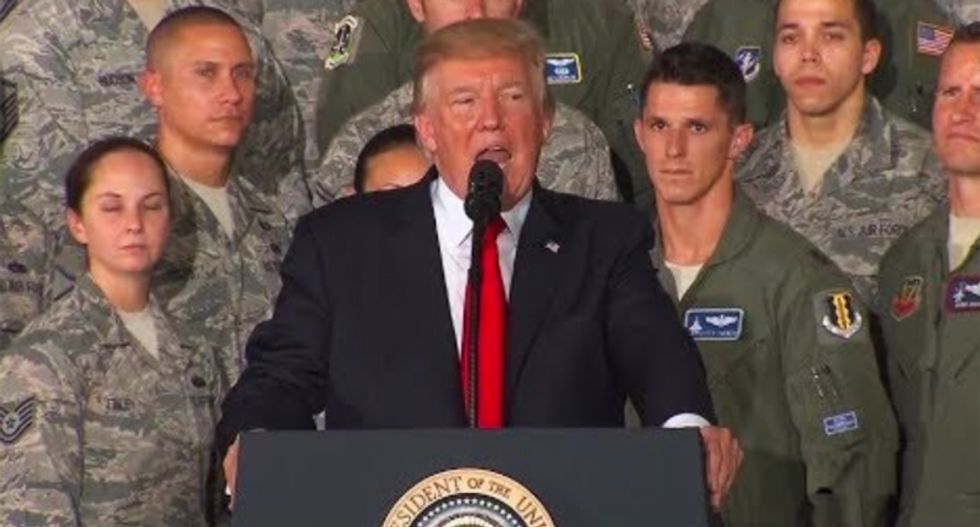 Former generals who no longer need to respond to the wishes and whims of the commander in chief are becoming increasingly vocal about how President Donald Trump is using the U.S. military as props before the midterms elections, with one calling the massive deployment of personnel to the southern border a "political stunt."

According to the former military men, some of whom spoke with the Washington Post, the president's plan to send as many as 15,000 troops to the southern border to guard against a caravan made up of immigrants almost a 1,000 miles away is, in a word: "wasteful."

Retired Gen. Martin Dempsey, former chairman of the Joint Chiefs of Staff, agreed by calling the border operation a “wasteful deployment of over-stretched Soldiers and Marines.”

Speaking with the Post, former general and Secretary of State Colin Powell added his two cents, stating, "I see no threat requiring this kind of deployment.”

Others were not so diplomatic.

Retired Lt. Gen. Jim Dubik bluntly called Trump's decision wrong by pointing out, "A sizable portion of those coming are women and children.”

“The real issue is whether the military is being used for partisan political purposes,” explained Dubik. “If that’s the case, then I think such a use represents not just a wasteful deployment but a dangerous one. It’s dangerous because it will politicize the use of force in ways a democracy should avoid.”

As the Post notes, "More than any other president in recent decades, Trump has spoken of the military as if it were part of his political base, rather than an apolitical defender of the nation. He placed several retired generals in his cabinet. In speeches before military audiences, at which presidents usually steer clear of politics and focus on foreign policy or praise troops for their sacrifice, Trump has bragged to the troops about the size of his electoral win."

Writing at Task and Purpose, retired Col. Paul Yingling, who commanded U.S. troops in Iraq, cut right to the chase.

“This operation is a political stunt,” he wrote.