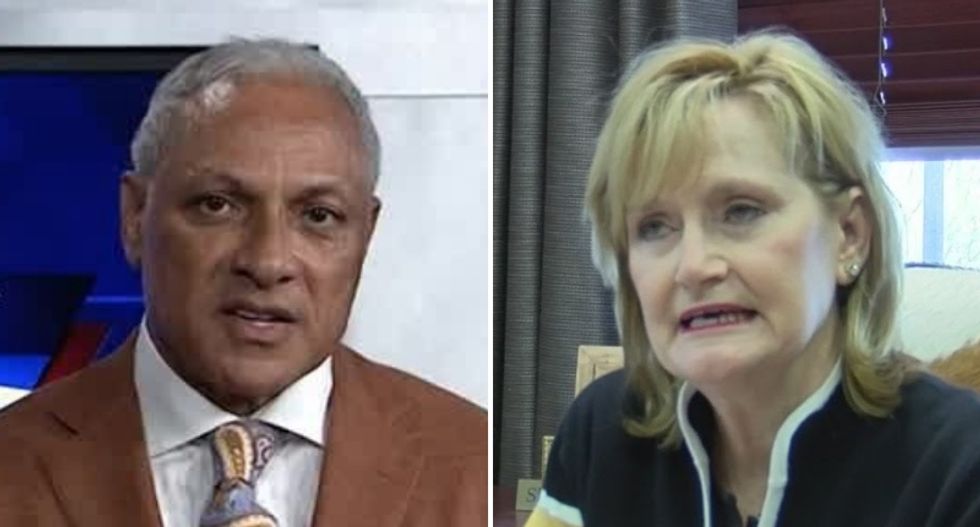 Since making a statement that evoking Southern lynchings of black men—"If he invited me to a public hanging, I’d be on the front row,” she said of a cattle rancher—Hyde-Smith has stumbled.

"She has struggled to grapple with the fallout, baffling members of her party and causing even faithful Republicans to consider voting for her opponent, former congressman Mike Espy," the Post reports. "Republicans with access to private polling say Hyde-Smith’s lead has narrowed significantly in recent days."

In Alabama, accused child molester Roy Moore was defeated by Democrat Doug Jones last year, which has increased their fear.

Democrat Espy is running an upbeat campaign with national starpower making frequent visits to support him.