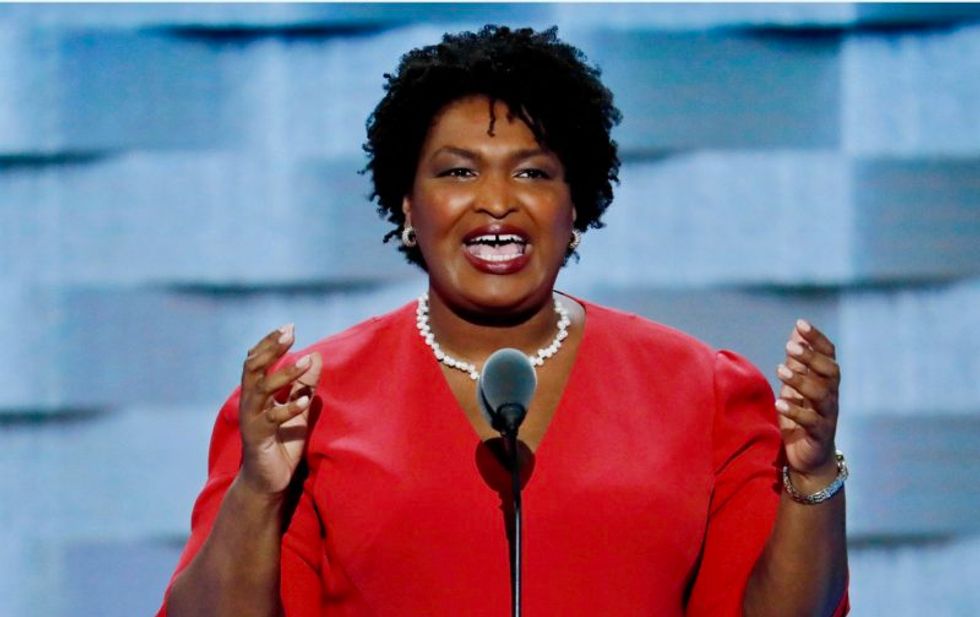 A hard-fought race for governor in Georgia remained unresolved on Thursday, two days after U.S. elections, with Democrat Stacey Abrams forming a litigation team for possible legal challenges even as Republican Brian Kemp met with the state’s current governor to begin planning his transition to the office.

Abrams and voting-rights groups have cried foul over the fact that as Georgia’s secretary of state Kemp is the state’s top election official, meaning his office is overseeing his own election results.

But Kemp announced his resignation as secretary of state at a news conference alongside current Republican Governor Nathan Deal on Thursday, saying it would ensure “public confidence” in the final results, while freeing him to focus on preparing for his new role as governor.

Abrams, 44, is vying to become the country’s first black woman to be elected governor of a U.S. state. She has accused Kemp of deliberately suppressing minority votes, an allegation Kemp has denied.

Under state law, if no candidate reaches 50 percent of the vote, the top two finishers advance to a second election in December. A minor party candidate also ran in Tuesday’s race. Kemp’s vote count stood at 50.33 percent as of Thursday morning, according to unofficial results.

The Georgia race was one of several around the country that were still undecided two days after the elections, in which control of the U.S. Congress, 36 governorships and hundreds of state offices were up for grabs.

The result was a setback for Republican President Donald Trump. But he shrugged that off on Wednesday, trumpeting his role in Republican gains in the Senate and threatening to fight back if Democrats use their new majority in the House to launch investigations into his administration and finances.

The Florida race for U.S. Senate was headed for an automatic recount, with Republican Rick Scott, the state’s outgoing governor, holding a lead of less than half a percentage point over the Democratic incumbent, Bill Nelson. A recount is automatically triggered under state law if the margin of victory is below 0.5 percent, unless the losing candidate refuses.

Nelson’s campaign planned to pursue the recount, a move that Scott’s campaign called “sad” and “desperate.”

Meanwhile, the U.S. Senate race in Arizona was still too close to call, with elections officials expected to take days to tally hundreds of thousands of outstanding ballots.

Republican Martha McSally and Democrat Krysten Sinema, both congresswomen, were locked in a tight battle, with McSally holding a 49.4 percent to 48.4 percent lead as of Thursday morning.

Several Republican officials filed a lawsuit on Wednesday night seeking to limit the number of mail-in ballots that are counted. Most voters in Arizona cast ballots by mail, which under state law must have their signatures verified before they can be counted.

If a problem with a signature is identified, county recorders are allowed to contact the voter to determine whether the ballot was properly cast. The lawsuit claims that two counties improperly permit voters to fix problems even after Election Day and that a uniform standard should be enforced.

An update to the figures in massive Maricopa County, where the majority of Arizona votes are cast, was expected late on Thursday.