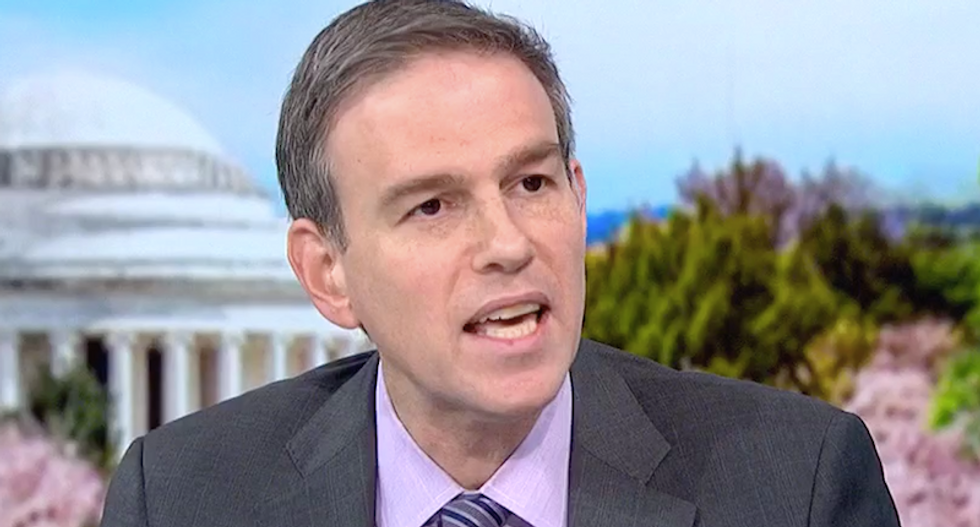 Progressives on social media are furious after a prominent New York Times conservative opinion writer's "Warning to the Democrats" that the midterm results show they must start "building real bridges to the other America."

Controversial right wing author Bret Stephens is a "never-Trumper" and climate change denier who Vox described as someone "who thinks anti-racists are the real racists." Stephens is also an MSNBC contributor.

On Thursday he wrote that the results of Tuesday's historic midterms were just "meh."

"This week’s elections were, at most, a very modest rebuke of a president reviled by many of his opponents," Stephens claims. "It also underscores that while 'the Resistance' is good at generating lots of votes, it hasn’t figured out how to turn the votes into seats."

RELATED: YES, DEMOCRATS HAD HUGE WINS AT THE POLLS – HERE ARE 11 REASONS TO CELEBRATE THAT YOU MAY NOT EVEN KNOW ABOUT

"The Resistance didn’t convert," Stephens continues, chastising the DNC "when it poured its money into" Beto O'Rourke's campaign, and into other campaigns in the South.

Above all, it didn’t convert the unconverted.

Many on social media expressed that Stephens is just not well informed, and wonder why he has a job at The Times.

"It was the biggest one-election House loss for Republicans since 1974, playing out on largely favorable maps, with the party presiding over full employment," The Washington Post's Dave Weigel noted on Twitter, debunking Stephens' claims.

Osita Nwanevu, a staff writer for The New Yorker, used Stephens' words as an indictment, in a tweet that has received a lot of attention:

It's almost hilarious how awful a conservative columnist can be and still hold onto a prominent job in media https://t.co/bDhjkLt0qc
— Steve Silberman (@Steve Silberman) 1541689881.0

Lot of obnoxious stuff in that column, but to hand-wave away complaints as "bellyaching" without acknowledging role… https://t.co/M9ZTuSDoLY
— Gary Legum (@Gary Legum) 1541690553.0

This says it all:

@OsitaNwanevu with Bret Stephens, I'm at a point where I just do screenshots and don't even link back to the actual… https://t.co/cYObFRUgy1
— Erick Fernandez (@Erick Fernandez) 1541691303.0