Midterm election loss won't put Trump back in his box 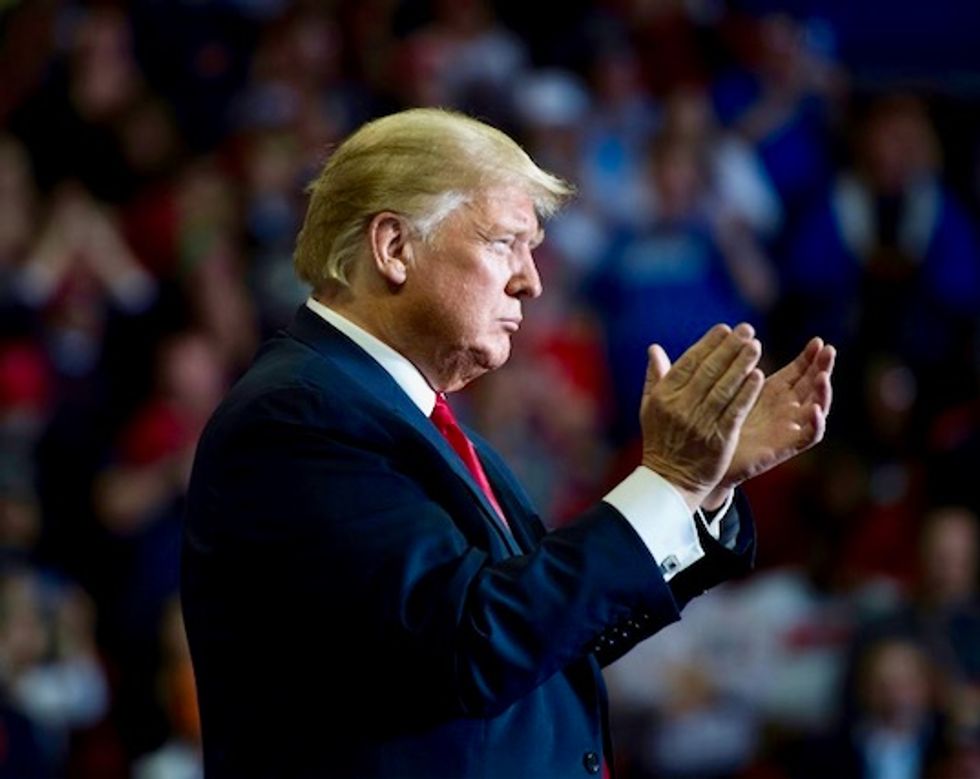 Donald Trump boasts about winning, but after Democrats seized the House of Representatives on Tuesday, the reality show-host-turned-president is finding out how it feels to be one of the "losers" he usually mocks.

And has he responded with humility? Did the former billionaire real estate dealer and ringmaster at "The Apprentice" appear downcast?

He tweeted that the midterm elections -- in which Democrats defeated his Republicans to control the lower house of Congress for the first time in eight years -- were "a tremendous success."

His eye-popping enthusiasm after losing half of Congress on Tuesday is not as unrealistic as it might appear: his Republicans have retained and even expanded their Senate majority, while fighting with the House may yet be to his advantage when it comes to his own reelection in two years.

The tweet, ending with a cheerful "Thank you to all!" was pure Trump.

He's a president who since his shock 2016 election win against heavy favorite Hillary Clinton has repeatedly torn up the expected script to write his own.

Howard Kurtz from Fox News, the network that Trump loves to watch and to talk to, declared the loss of the House "a turning point."

"No amount of spin can soften the blow of losing the House to the Democrats. Indeed, there were reports that White House officials had told the president to brace himself for a very tough night," Kurtz wrote on the Fox website.

It's sure that the Democrats -- who have been pilloried by Trump in the most extreme terms during the election campaign -- will take their opportunity to hit back.

Controlling the House means controlling committees with subpoena power. They will be tearing into Trump's carefully hidden personal finances and links to Russia, a legal morass already being investigated by special counsel Robert Mueller.

The top Democrat on the judiciary committee, Jerry Nadler, told MSNBC's Ari Melber immediately after the election that "we'll use subpoena power if we have to, when we have to."

Not a politician famous for being able to take criticism, Trump can be expected to respond blow for blow. Washington, mockingly known as "the swamp," may be in store for some unprecedented partisan ugliness.

Of course, there's a slender chance that the shock of the midterms will produce a kinder, gentler kind of Trump who once more breaks Washington's rules by actually cooperating with the Democrats.

According to the office of Nancy Pelosi, the Democrat in line to become the new speaker of the House, Trump called her after the results came in "to extend his congratulations."

But if the olive branch withers, Trump could arguably even benefit from open war with the House.

First, the Republicans have firm control over the Senate.

That means that Trump can still get things done, not least confirmation of right-leaning judges with lifetime appointments. As Republican Senator Lindsey Graham said Tuesday: "the conservative judicial train will keep running."

Even more importantly, conflict with the Democrats could simply fuel Trump's real goal of reelection in 2020.

The Trump base will have no problem believing him when he says that Pelosi and her Democrats are to blame for every ill in the country.

And White House spokeswoman Sarah Sanders noted another detail from the midterms that will quietly please Trump: candidates he supported in election rallies did "very well tonight."

In other words, the midterms are just the opening battle of the 2020 election -- and Trump thinks he might just get back to winning.