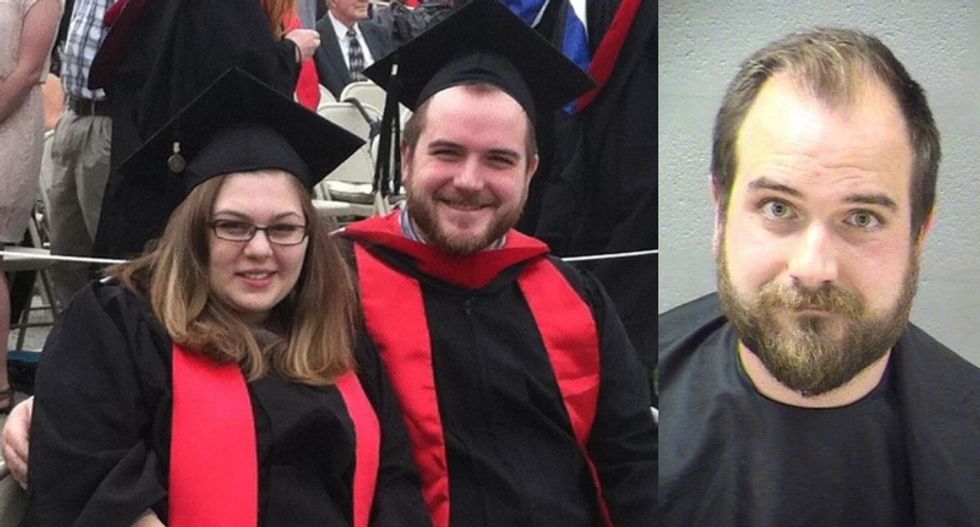 Michael Hiskey and his wife (left, via Hiskey's Facebook) and his mugshot (right, via Blue Ridge Regional Jail).

An official at Jerry Falwell's Liberty University was booked on attempted murder charges after allegedly trying to strangle his wife to death.

The Christian Post reported that Michael Hiskey served as Liberty's senior director of academic planning and operations and a business professor at the nearby Christian University in Lynchburg, Virginia.

Hiskey was booked at the Blue Ridge Regional Jail on November 4 "on charges of attempted murder, abduction and kidnapping as well as assault and battery of his wife," the report noted.

The official and Liberty alumnus allegedly tried to strangle his wife, who police said is "physically okay" in spite of the attack.

In a statement, the school said it suspended Hiskey the day after his arrest.

The Christian Post noted that on the official's LinkedIn profile, he claimed to have started "Everybody's Joe Somebody," a non-profit for lonely people.