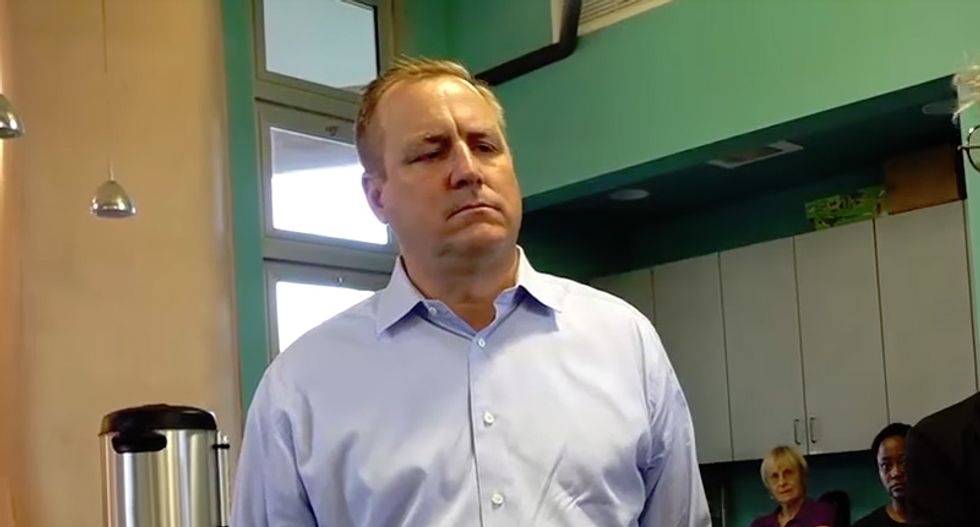 But another huge red flag for the GOP was in the north of the state, where they lost another seat: Rep. Jeff Denham, who represents California's 10th District in the northern San Joaquin Valley, lost to venture capitalist Josh Harder.

In one sense, this race was like many of the other Democratic pickups in California. Harder aggressively tied Denham to his vote to repeal the Affordable Care Act. Denham, aware his district voted for Hillary Clinton, played up his opposition to President Donald Trump's immigration agenda and tried to run as a moderate, even though he voted with Trump 98 percent of the time.

But in another sense, this race — and this district — is a bellwether for broader cultural and demographic trends that are isolating Trump supporters and turning the suburbs from a GOP bastion into a Democratic one.

California's 10th District is home to many rural farming communities that produce much of America's agriculture. The Central Valley is full of such communities, which tend to be very conservative and distrustful of the urban coasts — other districts in this region include the 22nd and 23rd held by GOP Reps. Devin Nunes and Kevin McCarthy, who decisively won their elections, and the 21st held by David Valadao, who is favored to win but whose heavily-Latino district is extremely close.

One of the big differences with the 10th District is that it sits directly to the east of the Bay Area. The region's hyper-competitive job growth, combined with decades of anti-poor, anti-minority "not in my backyard" zoning laws, has resulted in a housing affordability crisis in San Francisco and Silicon Valley, with the median home price in the Bay Area soaring to over $900,000. As a consequence, upper-middle-class professionals in the region are pushing outward in search of affordable living, and people are increasingly choosing to move all the way out to the San Joaquin Valley and endure a long commute.

As a consequence of this, districts like Denham's are undergoing demographic change — and as all the new suburbanites are coming from some of the most liberal parts of California, a political change too.

And what is happening in California is not unique. Suburbs used to be heavily Republican, and the shift of political gravity from cities to the surrounding communities toward the end of the 20th century was once seen as a herald for Republican dominance. But one by one, suburbs have turned blue as college-educated voters have turned their backs on Trump. The realignment is also rearing its head in longtime GOP-controlled Sun Belt states like Georgia, where gun control activist Lucy McBath defeated Karen Handel a year after the GOP claimed the special election, and Texas, where Senate candidate Beto O'Rourke surprised everyone by winning the deep-red suburbs of Tarrant County.

If this trend continues, Democratic territory will gradually spread out from cities into smaller towns suburbs, with GOP support focused into the broad, sparsely-populated areas in between. Denham's loss should serve as a warning to Republicans that their brand is in retreat in growing parts of the country — and their old coalition rests on shaky foundations.