Why you shouldn't take antibiotics for colds and flu 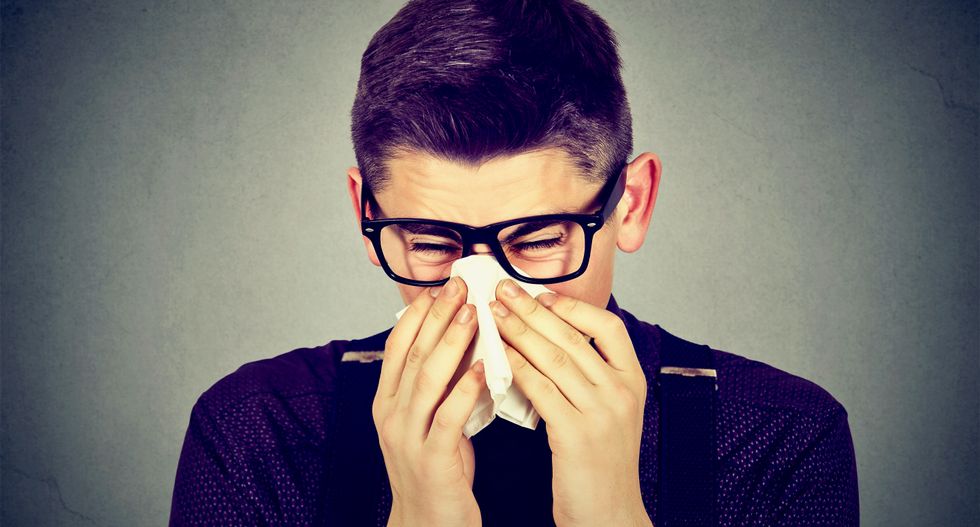 Winter is well and truly on its way. For many, this conjures up images of log fires, mistletoe and festive feasts. But it can also mean cold, damp mornings, short hours of daylight and the dreaded cold and flu season.

Tickly throats, headaches, fevers and generally feeling rotten are the warning signs that many of us fear. Pressures of work and personal commitments often lead people to seek a quick fix from their GP or other healthcare professional. This usually takes the form of antibiotics.

Evidence suggests the use of antibiotics is on the increase, which is a cause for concern as the overuse of antibiotics has been linked to antimicrobial resistance. This is the ability of microorganisms – such as bacteria and viruses – to evolve so that antimicrobials (antibiotics and antivirals) become less effective at killing or working against them.

Antibiotic resistance results in standard treatments – such as many of the commonly prescribed antibiotics – becoming ineffective. And this leaves people who need antibiotics for serious infections vulnerable.

This issue has been recognised as a problem on a global scale in a UK government commissioned review. These findings led to the National Institute of Clinical Excellence (NICE) publishing quality standards to help clinicians when prescribing antibiotics to slow the rise in antimicrobial resistance.

The Cochrane review, on which I worked, found that many vulnerable patients have an increased risk of developing microbial resistance. This includes people with chronic respiratory illness – many of whom have “rescue packs” which include antibiotics at home. These repeat prescriptions are often issued without enough education to support their use or highlight their drawbacks – so unnecessary prescribing practices continue.

Beliefs and expectations by patients, healthcare professionals and society have been found to be the main drivers of the overuse of antibiotics. From a patient’s perspective, the desire to get better is often more important than any external considerations such as publicity campaigns. And for healthcare professionals, the greater good of society occurs outside the immediate consultation and is therefore often overlooked – along with existing evidence. This breeds a cycle of expectation and self-interest which serves both clinician and patient but neglects wider societal issues.

It is possible, then, that much antibiotic prescribing, particularly in the flu season, is driven by these expectations – from both patients and healthcare professionals. But this is not unique to antibiotic prescribing. Our previous research found similar behaviours with oxygen therapy. Despite emerging evidence and guidelines, poor prescribing and administration of oxygen therapy persists – and it is often given routinely for breathlessness to patients.

A UK parliamentary health and social care committee report on antimicrobial resistance has called for the issue to be regarded as “top five policy priority” for government – stressing the need to support the pharmaceutical industry to develop new antibiotics.

How Brexit will affect this investment and commitment is unclear. But there remains an urgent need to promote responsible and appropriate prescribing through education, research, guidelines and campaigns.

Current UK prescribing levels are reported as double that of other countries such as Sweden, Netherlands and the Baltic States. This presents a challenge for primary care and hospitals who need to reduce both the number of antibiotics prescribed and the length of time that they are administered.

A recent government report has called for the use of rapid diagnostic testing to inform all antibiotic prescriptions. This approach should take the guesswork out of prescribing antibiotics by testing for blood markers that signify the presence of infection. Findings from a large trial based in the UK are expected soon.

Sometimes though, the prescribing of general use antibiotics is not only expected, but cheaper and easier. So it will require a concerted effort to promote responsible prescribing and educate all healthcare professionals, patients and the public to refrain from using antibiotics.

So as winter approaches, rather than rushing out to your doctors at the first sign of a sniffle, try and ride it out. Get lots of sleep, keep stress to a minimum and up your fluid intake – all of which have been shown to help in the treatment and staving off of colds and flu. It’s also worth being extra vigilant with hand washing to help keep those germs at bay and stop them from developing into something more nasty in the first place.