Temple sues Netflix over 'Sabrina' use of Baphomet deity 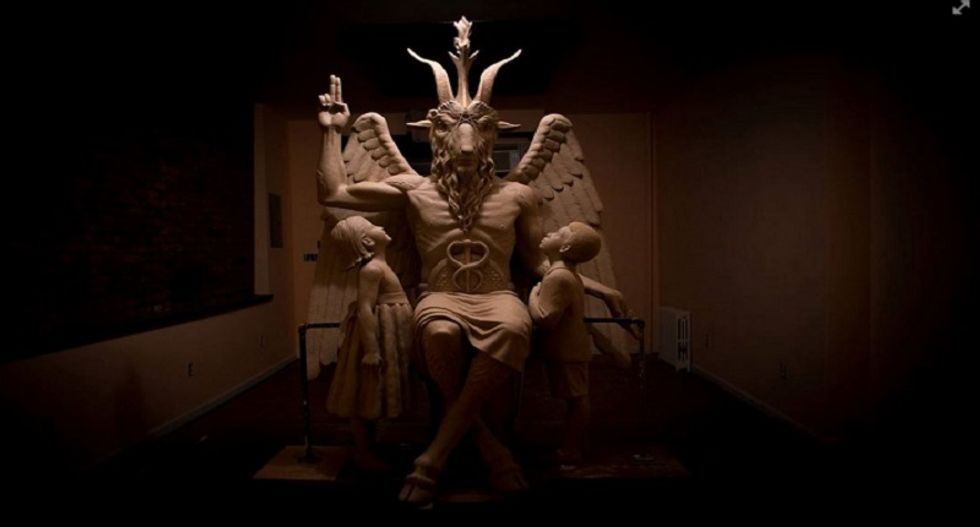 The Satanic Temple sued Netflix Inc and Warner Bros Entertainment on Thursday, seeking more than $50 million for their alleged unauthorized use of a statue of the goat-headed deity Baphomet in the series “Chilling Adventures of Sabrina.”

In a complaint filed with the U.S. District Court, the plaintiff, whose stated mission includes encouraging benevolence and empathy among people rejecting tyrannical authority, accused the defendants of copyright infringement, trademark violations and injury to its reputation.

According to the complaint, Netflix, which distributes “Sabrina,” and Warner Bros, which produces it, misappropriated the Salem, Massachusetts-based plaintiff’s “Baphomet with Children” in ways implying that it “stands for evil.”

The Satanic Temple, whose formal name is United Federation of Churches LLC, said the statue has appeared in at least four of the first 10 “Sabrina” episodes, which were released on Oct. 26, and was a “key element” of the season finale.

“The unique elements of TST’s expression of the idea of Baphomet, and particularly the use of a male chest rather than voluptuous large female breasts, and the configuration with a small boy and small girl looking at the Sabbatic Goat head of the statue, were unquestionably copied by defendants,” the complaint said.

In its complaint, The Satanic Temple also objected that the evil antagonists in “Sabrina” were depicted in a manner “in stark contrast to TST’s tenets and beliefs.”

The lawsuit also seeks the exclusion or digital removal of the plaintiff’s statue from “Sabrina” episodes.

“Chilling Adventures of Sabrina” is based on the comic book series with the same name from Archie Comics.