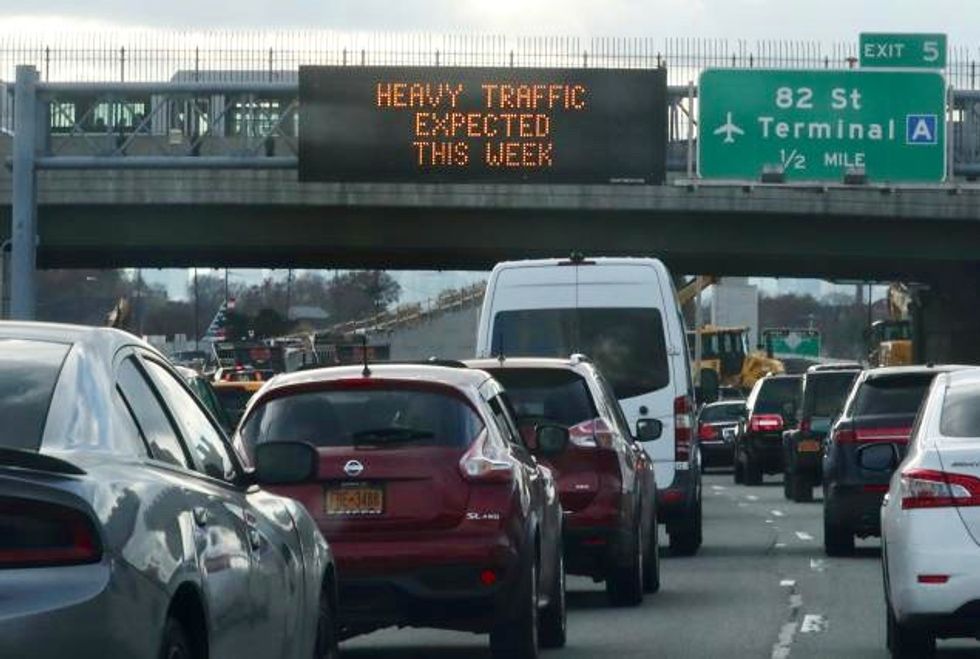 Americans may need an extra helping of patience this Thanksgiving weekend, with the largest number of travelers in a decade expected to hit the road or board flights to celebrate with family and friends after a prosperous year for many.

The weather could complicate the journey in many parts of the country, as bitter, record-breaking cold blankets much of the Northeast on Thursday, Thanksgiving Day, and heavy rain in Northern California threatens to bring mudslides.

Beginning on Tuesday, more than 54 million Americans are expected to travel 50 miles or more for the traditional feast, jamming highways, airports, railroads and waterways, according to the American Automobile Association, the largest U.S. automotive advocacy group. That would rank as the highest travel volume since 2005.

“Consumers have a lot to be thankful for this holiday season: higher wages, more disposable income and rising levels of household wealth,” Bill Sutherland, a senior vice president at AAA Travel, said in a statement. “This is translating into more travelers kicking off the holiday season with a Thanksgiving getaway.”

Those traveling by air should expect long security lines, while those driving to their Thanksgiving destinations should plan for aggravating traffic tangles, AAA said.

Weather could disrupt travel in California, where there will be a substantial risk of heavy rain on Thursday, said David Roth, a meteorologist with the National Weather Service. Following the worst wildfire in state history, downpours may trigger mudslides on the scorched slopes north of Sacramento and elsewhere that have been denuded of trees.

Many other parts of the nation, meanwhile, will have a bitterly cold but clear holiday, weather forecasters said.

On Wednesday, light snow will fall in New York, though it is not expected to stick, while a couple of inches will likely accumulate in Boston, Roth said.

Wind gusts of up to 40 miles (64 km) per hour could affect Thanksgiving parades in the Northeast, including the world-famous Macy’s Thanksgiving Day parade in New York City, but not travel itself, Roth said.

If sustained winds exceed 23 miles per hour, city guidelines may force Macy’s organizers to lower the height at which the parade’s 16 giant balloons can fly, the New York City Police Department told reporters.

“In the morning, just prior to the start of the event, the NYPD and Macy’s will make a final determination on the flight of the giant balloons,” Macy’s spokesman Orlando Veras said in an email.

United expects to fly about 2.2 million travelers between Wednesday and Sunday, the most in its history for the period, spokesman Charles Hobart said.

The bad news for Thanksgiving guests who finish their second helping of pumpkin pie, thinking that the worst of their travel woes is behind them? The busiest travel day of the year, on the ground and in the air, is expected on Sunday, the end of the holiday weekend.